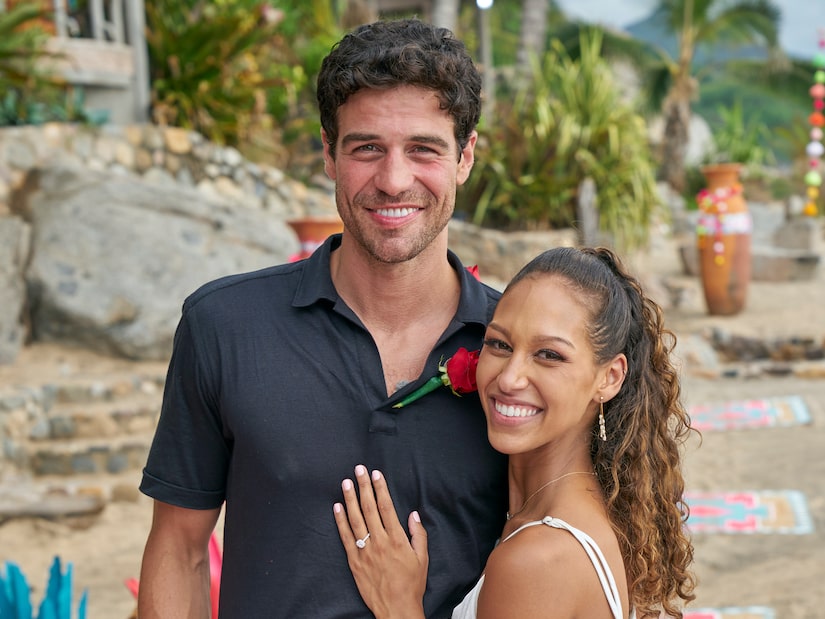 Fans saw Serena Pitt and Joe Amabile fall in love and get engaged on Season 7 of “Bachelor in Paradise” this summer.

The two hit it off right away and were inseparable for the majority of their time on the beach. And last week, the couple told BachelorNation.com in an exclusive interview that they already have plans to move in together early next year and are excited to share their engagement with the world.

But despite most Bachelor Nation fans celebrating Joe and Serena’s engagement, some haters called out their 11-year age difference.

Well, Serena took to TikTok to participate in the “Mama said it was OK” trend and responded to the critics commenting on the age gap between her and her fiancé.

With the song “Mama Said” by Lukas Graham playing in the background, Serena wrote, “Why are you engaged to someone 11 years older than you?”

And then the Bachelor Nation star showed photos of famous couples who have a 10-year age gap or more, including Blake Lively and Ryan Reynolds, Beyoncé and JAY-Z, Adam Levine and Behati Prinsloo, and George and Amal Clooney.

Fans flooded the comments and showed Serena and Joe some love, saying that the couple represents “relationship maturity.” Many also shared their own stories about having an age gap with their spouses and truly believing that “age is just a number.”

Other fans threw more couples into the mix, like Nick Jonas and Priyanka Chopra and Julius Tennon and Viola Davis.

Joe chimed in on the conversation and reposted Serena’s TikTok to his Instagram stories, writing, “I mean… she ain’t lying” about his fiancée’s cheeky video. 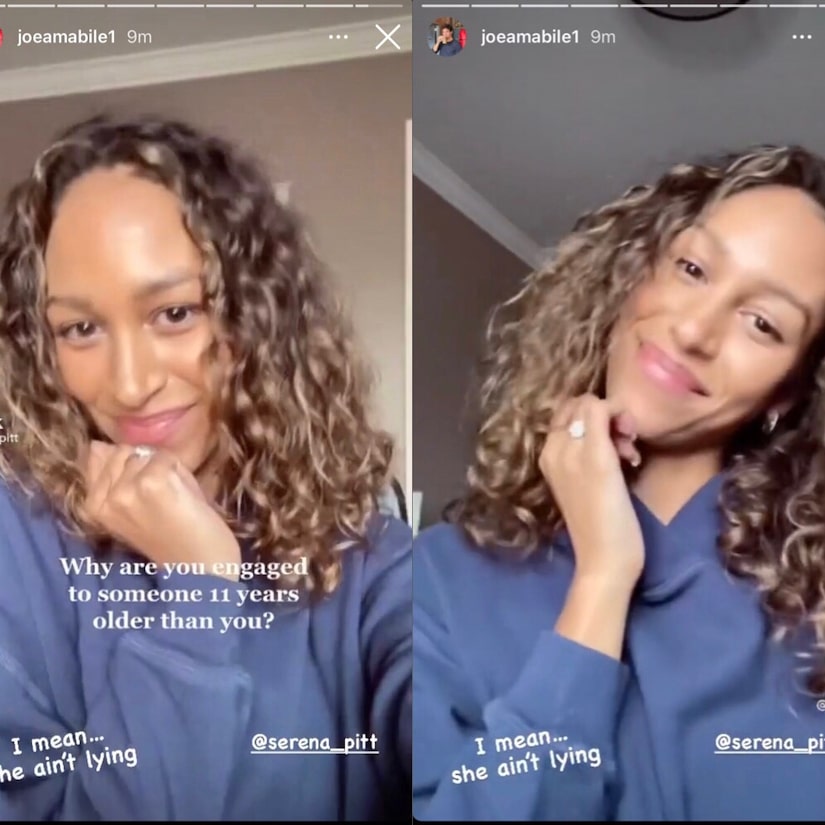 Serena’s post went completely viral on TikTok, raking in over 1.6 million views in less than 24 hours.

From Serena and Joe’s posts on social media, the two seem happier than ever and couldn’t care less about what people think of their age gap.

If you want to hear more from them, check out BachelorNation.com’s exclusive interview with the duo here.