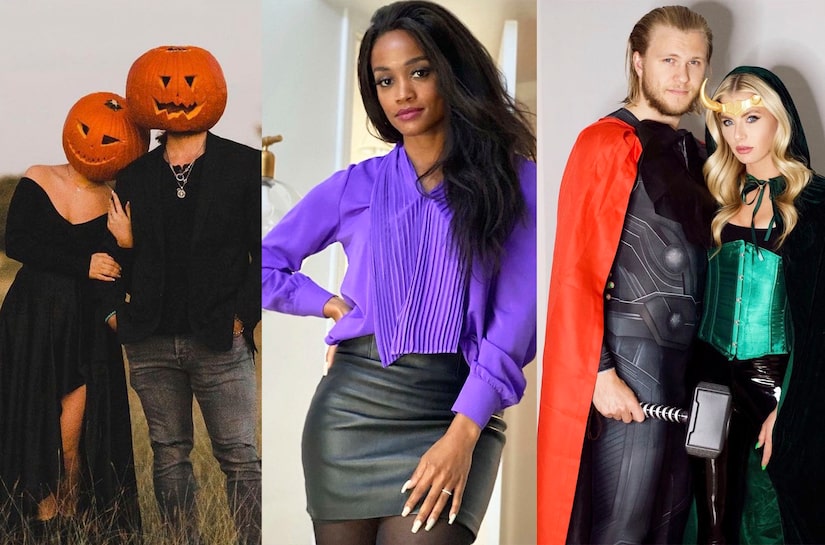 Halloween is less than two weeks away, and if you’re still in need of costume inspiration, Bachelor Nation has you covered!

Many Bachelor Nation fan favorites have already been dressing up for Halloween a bit early and have been sharing some of their past costumes.

There’s everything from couples costumes to family ideas to solo looks to matching costumes with pets — and everything in between.

So let’s dive in to what costumes Bachelor Nation stars are rocking this Halloween season.

Emily Ferguson and her fiancé, NHL star William Karlsson, shared a series of costumes from their past few Halloweens as a couple, including this year’s early costume as Thor and Loki.

The two have been the Joker and Harley Quinn, Bret Michaels and Daisy, and Fortnite Fort Knight characters.

Emily asked her followers which costume was their favorite, and the majority of the comments were votes for the Joker and Harley Quinn, but people really loved them all!

Next up, Annaliese Puccini dressed up this year as a circus ringmaster and her dog Posie was dressed up as a lion, complete with a lion mane.

Alongside the photo, Annaliese wrote “Welcome to the ‘mane’ attraction… Where you will witness the incredible, the ferocious (-ly cute) Posie sitting and being the bestest girl.”

Earlier this month, Annaliese also shared an Instagram Reels with six easy costume ideas that you can put together with items from your closet.

Former Bachelorette Rachel Lindsay also took to Instagram to share an early Halloween costume, and she’s dressed up as actress Robin Givens as Jacqueline in the 1992 movie “Boomerang.”

Alongside the photos, Rachel wrote, “You know I love a good costume. Swipe because this one is giving. Let me know who you’re going to be for Halloween this year! #spookyseason.”

Fans flooded the comments of Rachel’s post, saying how on point her costume is and how well she nailed this look.

And if you’ve been keeping up with Rachel’s past Halloween costumes, you know that this isn’t her first ’90s throwback look. Last year she dressed up as Janet Jackson circa 1990.

She nails it every time!

Tanner took to Instagram to share a photo of them and two of their three kiddos dressed up as adorable cows in matching PJs.

We can’t wait to see what they wear on Halloween itself because the Tolberts always bring it! Last year, their “Schitt’s Creek” costume was absolute perfection.

Sarah Herron and her fiancé Dylan Brown also dressed up as characters from their favorite TV show — Beth and Rip from “Yellowstone.”

If you’ve watched “Yellowstone,” you know these two not only nailed their outfits but also the location for this Halloween photo shoot.

And if you just want to get into the Halloween spirit but costumes and planning looks isn’t really your thing, Alayah Benavidez and her boyfriend Jay Kazen have the perfect idea for you.

These two carved pumpkins that they wore on their heads. Alayah shared a video of the process and wrote, “We did the pumpkin head challenge from TikTok and these may be my new favorite photos ever.”

We have to admit, those photos are pretty epic.

Alayah wrote, “Only posting pumpkin head photos for the rest of October,” and that’s completely understandable.

All you’d need for that costume is a pumpkin, a carving set, and whatever outfit you want! Sounds easy enough to get some incredible pics. 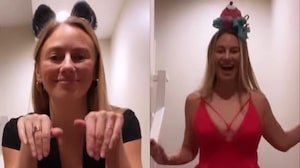 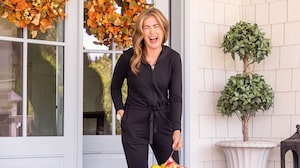