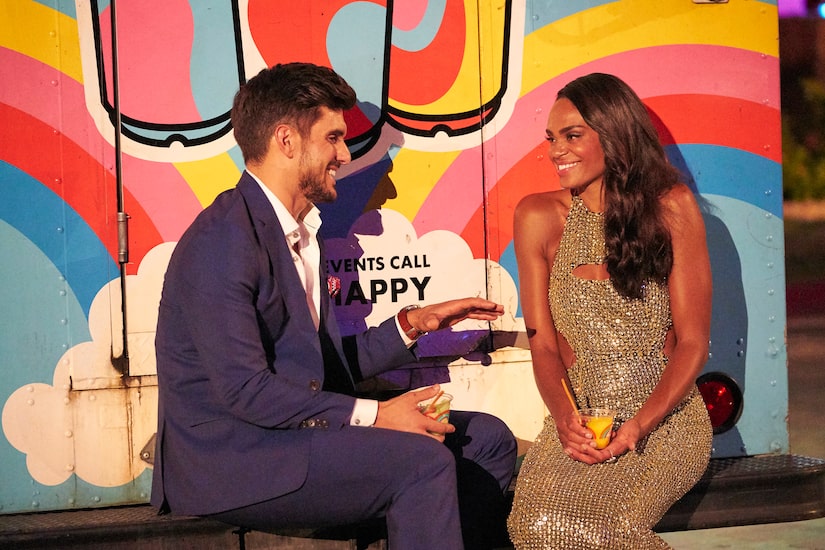 On last night’s episode of “The Bachelorette,” fans saw Michelle Young send home one of her suitors, Ryan, after co-hosts Kaitlyn Bristowe and Tayshia Adams revealed he had a concerning amount of notes about the show.

As Kaitlyn and Tayshia were looking through some of Michelle’s men’s rooms, they came across folders of notes about teachers, the Bachelor franchise shows, how to get more screen time, what previous cast members to emulate, how to not be a villain, and more, in Ryan’s suitcase.

During night one, Kaitlyn and Tayshia brought these notes to Michelle’s attention and she addressed the situation head-on. Michelle and Ryan went to his room so she could have a look through the infamous notes herself.

Ryan went back and forth on his story as to whether he wrote the notes to get to know Michelle better or if a friend who watched the show put together the notes for him.

At the end of the day, Michelle said she’s looking for a man who’s authentically being himself rather than trying to get more screen time or figure out how to get a good edit.

So, she sent Ryan home before the first Rose Ceremony and sent a message to her suitors that she is not playing when it comes to guys possibly being there for the wrong reasons.

As the episode was airing, Bachelor Nation was chiming in with reactions to Ryan’s extensive notes, with stars like Jessenia Cruz calling out Ryan for not even spelling “Bachelorette” right on his folders.

Jason Tartick, one of the former cast members mentioned in Ryan’s notes, also jumped into the conversation.

Jason shared a screenshot of Ryan’s notes where it’s written that Jason “wasn’t a standout” on his season, despite making it to Bachelorette Becca Kufrin’s final three men.

Alongside the screenshot, Jason quoted the notes and wrote, “‘Who to emulate? Not your typical bachelor? Wasn’t a standout.’ Ryan, should I be offended or flattered? #TheBachelorette.”

Fellow Bachelor Nation fans flooded the comments of Jason’s post, with Adam Gottschalk writing, “Well considering he took notes from one of the greatest… should be flattering.”

Mike Johnson also chimed in, saying, “You should be flattered you got a whole paragraph 🤪.”

Ryan seems to be handling the jokes well, and he even reposted some memes to his Instagram Stories, saying that he loves them and needs to “save them to show [his] kids one day.”

As for Michelle, she took to Twitter last night and wrote, “There were so many truly wonderful men with me on that first night. I am so appreciative of their willingness to be so open.”

There were so many truly wonderful men with me on that first night. I am so appreciative of their willingness to be so open 🌹#TheBachelorette

We’re looking forward to seeing how the rest of the season unfolds! Make sure to tune in every Tuesday on ABC at 8 p.m. ET to catch all of Michelle’s Bachelorette journey! 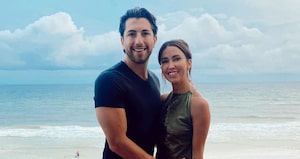