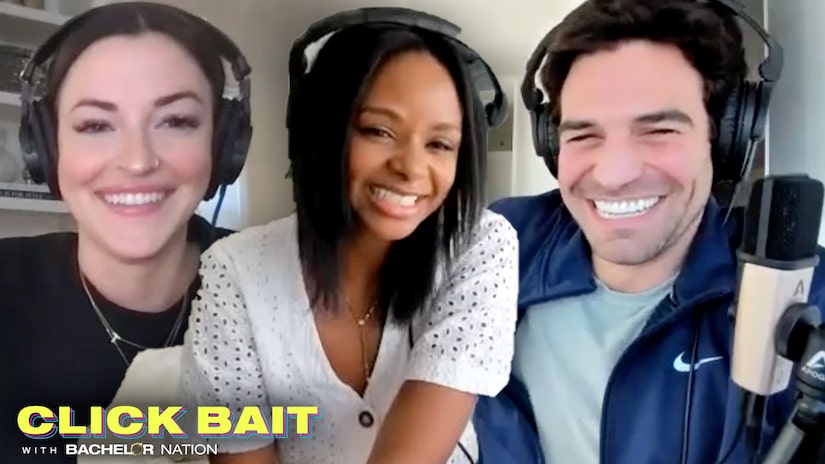 It’s no secret that Michelle Young’s season of “The Bachelorette” has started off strong, and even fellow Bachelor Nation stars agree it’s one of the best of all time.

Tia noted that she’s actually been learning from how Michelle has handled situations with the men, saying, “I’m trying to take lessons from her. The way she composes herself to everything before she has a response is so nice to see.”

Natasha agreed, saying, “I’m over here looking at Michelle and I’m like, ‘Girl, you better say how you feel and mean it!’ I mean, she is just stunning and the men are so into her.”

Natasha continued, adding that Michelle doesn’t give in to the petty drama and how her conversations with the men have all been so real. She said it seems like Michelle is being 100 percent authentic and not trying to say anything just to appease anyone.

And Joe couldn’t agree with his co-hosts more. The Bachelor Nation star said, “There’s no BS with Michelle. She does a really good job at being understanding and that probably comes from being a teacher.”

Joe discussed a specific example when Michelle was able to keep her cool and still be herself, saying, “Even with the guy that was labeled the narcissist, Peter, she didn’t jump at him. She didn’t make it a big thing. Instead, she heard him out. Michelle is going to be understanding and she’s giving everybody a chance. And she gives people second chances, which I commend her for.”

Joe also pointed out why he thinks Michelle is such a great Bachelorette overall and one of the best leads of all time.

“You know what it is? Michelle is a normal person. She’s a normal, caring person. Michelle doesn’t get caught up with being on a show. She is still the lead of a show, but in my opinion that is not affecting her decisions whatsoever. That’s what I appreciate,” Joe said.

He also noted that she “is making the time for everyone” even if she knows they probably won’t be going far on her season.

And we couldn’t agree more — Michelle is killing it as the Bachelorette! Make sure to tune in every Tuesday at 8/7c on ABC to watch her journey unfold.

And if you want to hear more of Joe, Natasha, and Tia’s conversation, check out the latest episode of “Click Bait with Bachelor Nation” below. 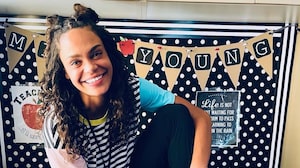 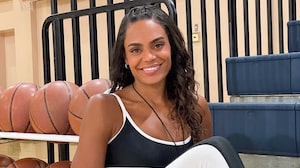 Michelle Young Discusses Finding Her Footing as the Bachelorette, Plus: How She Felt About Her Conversation with Jamie at the Rose Ceremony