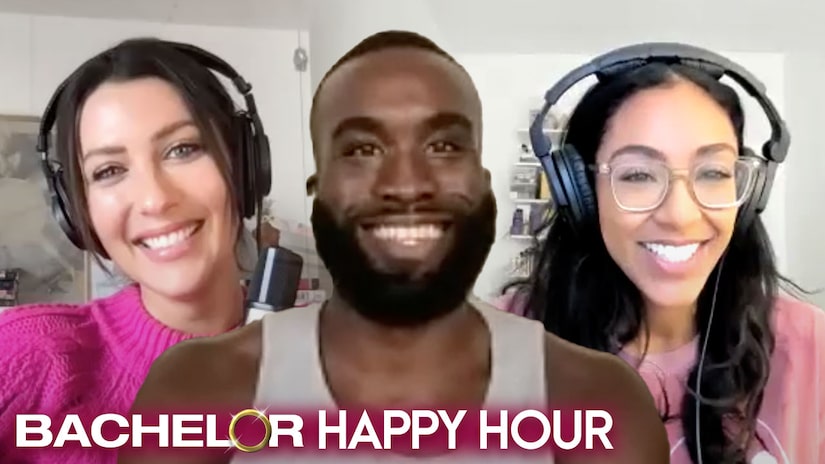 On this week’s episode of “The Bachelorette,” fans saw Olumide get emotional as Michelle Young opened up about feeling unseen.

On the group date, Michelle didn’t feel like the guys were making an effort to create moments with her and instead were focused on spending time with each other.

During the night portion of the date, Michelle got candid and said that this feeling was one of her fears coming into her role as the Bachelorette.

Michelle reflected back on her childhood as the “token Black girl” in a predominantly white school and how she often felt unseen, especially when it came to dating.

She spoke to the guys about how her experience on the group date brought up some of those feelings and insecurities for her.

Bachelor Nations fans saw Olu break down in tears as Michelle shared her experience and she revealed that her story hits close to home for him.

The two connected during their one-on-one time and Olu received the group date rose from Michelle.

Now, Olumide is joining Becca Kufrin and Tayshia Adams on “Bachelor Happy Hour” where he opened up about this experience and why he was brought to tears by Michelle’s story.

Olu spoke about how both Michelle opening up about feeling unseen and her poem from the week before really resonated with him.

The Bachelor Nation star said, “We’re cut from the same cloth. I understand the struggles of a Black woman. She went to a predominantly white school and she had overcome many barriers. Basketball was one thing that helped her stand out and feel accepted.” 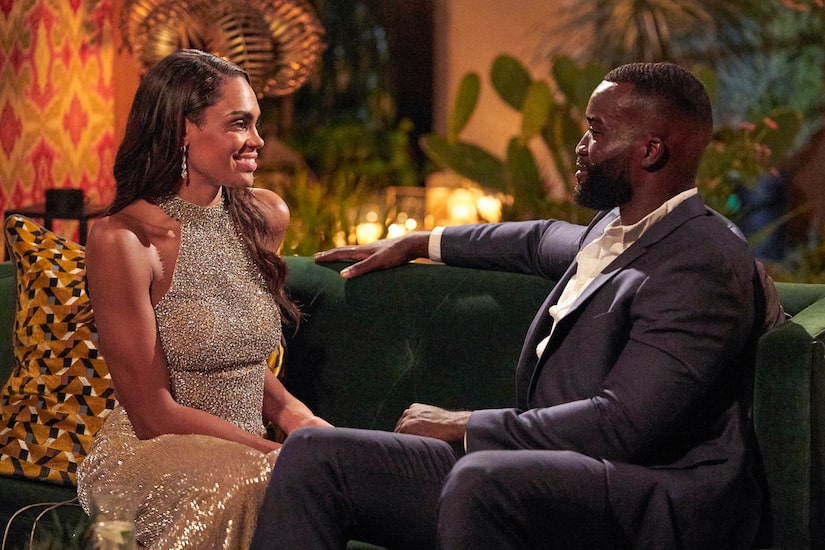 He continued on to reveal what made him so emotional during that group date.

Olumide shared, “I understood what she meant. These are struggles that my younger sisters went through, coming to me as the older brother saying, ‘Olu, I don’t feel beautiful. People are saying this about me.’ So I just reflected back on the past and my upbringing and everything I’ve dealt with. It just touched my heart and I just cried. I had no choice but to cry.”

He also said that he was grateful that he and Michelle really got to connect about what she was going through.

“It was just a natural feeling and a lot of the guys understood where she was coming from. But just the fact that I understood her and we were able to have that connection meant a lot,” Olu explained.

Tayshia chimed in, noting that she got emotional too while watching their conversation.

The former Bachelorette said, “You didn’t only understand it from a Black man’s perspective. You understood her on a different level because you have sisters who have confided in you. You know what it’s like for a woman to be at their lowest point coming to you to help build them back up. I think that’s why Michelle got so emotional, because she truthfully felt seen by you and heard and understood. I think that was so beautiful. I really commend you for being vulnerable with her.”

And Becca agreed, adding, “There’s nothing more attractive than a man that respects women and can understand the struggles they’ve gone through, and she really appreciated that.”

To hear more of Olumide’s conversation with Tayshia and Becca on “Bachelor Happy Hour,” check out the full episode below. 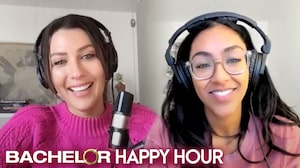