Fans first met former Bachelor Bob Guiney on Season 1 of “The Bachelorette.” He went on to be the Bachelor for Season 4 of the show.

Since his time onscreen, Bob found love with his wife Jessica after he and Estella Gardinier broke up following the show.

Now, Bob is taking to Instagram to celebrate and honor a bittersweet day for him.

The former Bachelor shared photos from his wedding day with his wife Jessica and his dad.

First, Bob celebrated his and Jessica’s fifth anniversary, writing, “5 years ago today… I married my best friend @jescanyon. On this day, my Dad, our best man, gave the most thoughtful & loving speech at our wedding. We chose 11/11 because it was my Dad’s Birthday and we wanted to honor him!! He loved the idea and so did we! He was also a Veteran and his service meant so much to all of us!”

The former Bachelor continued, sharing that his dad passed away two months ago, so the day was both celebratory and challenging for him.

Bob wrote “2 months ago, we lost my Dad. It’s safe to say that we didn’t fully think through how today might feel… I am so thankful for my wife and our children! She gives so much to our family everyday. And also so thankful to have had such an incredible role model in my Dad. Today we celebrate our love & the life that we’ve built together… And we celebrate the life of the best man I’ll ever know.”

Fans flooded Bob’s post with comments, sending him love for his anniversary and support as he honors his dad’s life.

In September, Bob shared a post after his dad passed away, writing, “Today marks the day that my Hero finally gets to rest… I am so thankful for the unwavering love and support I’ve always known from my father, and the wonderful memories that I’ve made with him and our family. I’ll tell my kids about their Papa for as long as I’m alive.”

Bob and Jessica recently welcomed their second child together, and Bob frequently shares sweet photos of their sons on Instagram.

We’re sending Bob and Jessica love for their fifth anniversary and we’re thinking of Bob and his family as they continue to remember his dad. 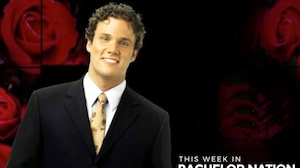 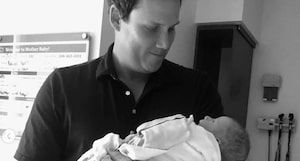