Hometowns are upon us!

Believe it or not, we’re already approaching Hometowns for Michelle Young’s season of “The Bachelorette.”

After this week’s episode and some gut-wrenching goodbyes, Michelle is ready to head into next week and meet the families of her four remaining men.

At the end of this week’s episode, Michelle toasts with Rodney, Brandon J., Nayte, and Joe, saying, “Family is my everything. This is so important to me. The person that I’m with, my soul mate, I want to know the ins and outs of you, so moving into next week, I’m really looking forward to seeing more of who you are and where your heart is at.”

In a new teaser, we get a sneak peek at what’s to come on next week’s episode.

Co-host Tayshia Adams is heard telling Michelle that Hometowns are a “pivotal week” as we get glimpses of Michelle’s time with each of her four remaining men.

Michelle notes that she has “four incredibly strong connections” and she is looking forward to meeting the important people in their lives.

Brandon J. echoes this happiness and says he is excited to “show Michelle a whole different side” of himself.

Meanwhile, Joe asks Michelle to “go to prom with him” and Nayte says he’s “head over heels” and “crazy about” Michelle.

But while Michelle and the men have sparks flying, some family members are concerned about Michelle dating other guys and worry their family member could be heartbroken.

And it isn’t just the men’s family members who have concerns. Michelle is heard saying that she spotted some red flags, and one of the parents is heard telling Michelle that their son is not ready for an engagement, adding, “I don’t want him to hurt himself or you.”

Check out the full trailer above and make sure to tune in Tuesday on ABC at 8 p.m. ET to watch Michelle’s “Bachelorette” journey continue to unfold! 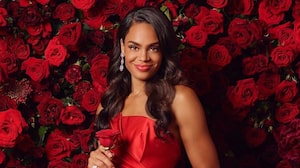 EXCLUSIVE: Michelle Young Shares Her Advice for Young Women of Color, Plus: How She Feels About Her Men Being So Vulnerable 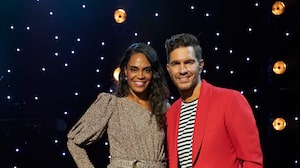 ‘Bachelorette’ Performer Andy Grammer Reveals How He Thinks He’d Do on a Bachelor Nation Show, Plus: His Advice for Michelle Young