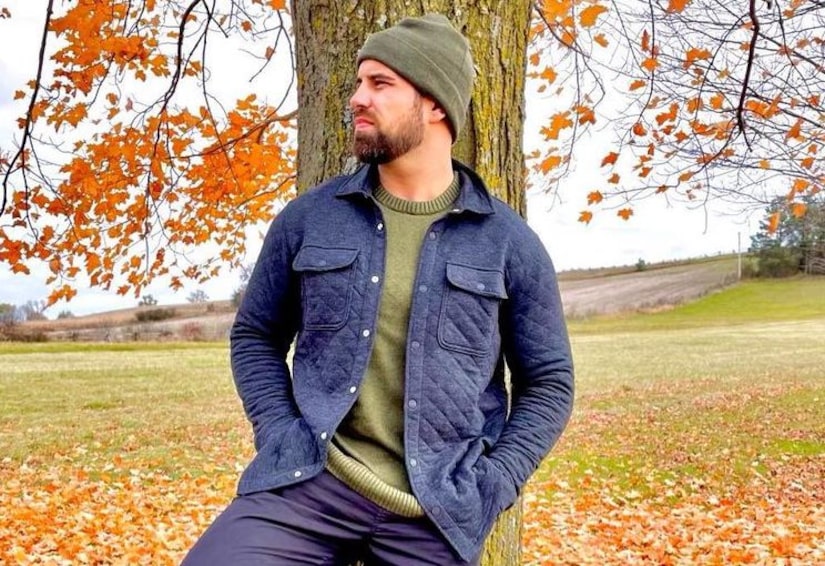 Fans have watched Bachelor Nation star Blake Moynes go through many ups and downs over the past year.

He first appeared on our screens on Season 16 of “The Bachelorette,” where he looked for love with both Clare Crawley and Tayshia Adams.

Then, Blake made a surprise return to Season 17 of “The Bachelorette,” where he found love and got engaged to Katie Thurston.

Sadly, last month Katie and Blake shared they were ending their engagement and going their separate ways.

Now Blake is stopping by the “Talking It Out with Bachelor Nation” podcast to discuss everything from how he’s handling the breakup to how he feels about Katie's new relationship with fellow Bachelor Nation star John Hersey.

Co-hosts Mike Johnson and Bryan Abasolo started off by asking Blake if he had any regrets looking back at his experience on the show now.

Blake candidly said, “I don’t regret anything in life ever because it brings you to where you are supposed to be. But I think both Katie and I, in a sense, feel a little bit foolish and embarrassed about it. I haven’t been vocal on socials because I feel like if we are and talk about the breakup, it just prolongs the process. But I’m here talking about it in some capacity because I know at some point I’m going to have to talk about it.”

Blake went on to discuss how since their split, he has received tons of DMs and tags from fans who are sharing Katie’s posts with him when they believe they are either cryptically or overtly about him.

He said he chooses not to engage in social media the same way Katie does, but he doesn’t believe she means any harm when it comes to her posts.

Blake said, “I don’t believe that Katie was being malicious. Maybe she was trying to stir the pot, but she wasn’t trying to attack me. I think she was trying to have fun with it and it was taken the wrong way. I don’t put too much into it. I could see why people would. But I also want to extinguish that narrative. I don’t want to add to it and engage.”

He said he’s not upset with Katie for handling the situation with humor because he knows that’s who she is. As for him, Blake has been spending his time focusing on what brings him joy offline, like wildlife.

Bryan and Mike asked Blake what he believes led to his and Katie’s breakup, and Blake got super vulnerable with the guys.

The Bachelor Nation star said, “We definitely fell in love on the show hard and it was f*cking awesome. When we got into the real world, we started to have challenges with the distance and trying to manage a relationship through FaceTime. We are very different people aside from our sense of humor and being unapologetically ourselves. We are bold in our own ways, which I don’t think meshed very well when it came to real life.”

Blake continued, “We just really figured out that we would be really, really great best friends because we could have a lot of fun together, but we don’t have what it takes to be lovers in a long-lasting relationship. We found that it was going to be absolutely exhausting because it became exhausting really quickly.”

Blake said he and Katie knew they were supposed to be in the honeymoon phase, but just weren’t. They tried to fight through it, but it just wasn’t meant to be.

He recalled the phone call when they decided to call it quits and revealed that he and Katie both cried as they came to the decision.

When it comes to specifics with what went wrong, Blake said, “We didn’t see eye to eye with love languages. We didn’t align there. That definitely sparked a lot of our disagreements. We never had full-out crazy arguments where we were yelling. Every time we had an argument, it was very constructive and communication was good. But we didn’t communicate in the way that we needed to to be lovers.”

And now when it comes to Katie’s new relationship with John, a fellow contestant from her season, Blake said he was blindsided by Katie’s announcement during her “12 Days of Messy” on her Instagram stories.

He discussed the timeline of their split, which was around a month ago, and how Katie likely knew who day 12 was going to be from the beginning. Blake noted that the timeline of her relationship with John lined up pretty close to her split with him, so Mike and Bryan asked if Blake thought there was any cheating involved.

In an emotional part of the conversation, Blake said “I really don’t think there was any physical cheating there, but there was clearly emotional cheating there for things to transition as quickly as they did. I feel stupid and foolish for allowing it to happen to some degree.”

He continued on saying “I don’t know if it was partially me too, was she emotionally cheating because I wasn’t able to provide something? Like words of affirmation? I know I struggle with that and I just am trying to figure out where it went wrong and why she transitioned so quickly into a new relationship. What was I in all of this?”

He said while he originally said he has no regrets, this situation has made him question getting engaged because he really didn’t see this coming.

To hear more of Blake’s honest conversation with Mike and Bryan, check out the latest episode of “Talking It Out with Bachelor Nation." 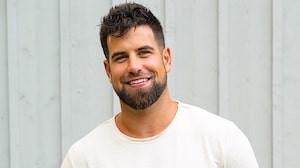 20 Questions with Blake Moynes: Find Out His Relationship Advice, Plus: Where He Sees Himself in 5 Years