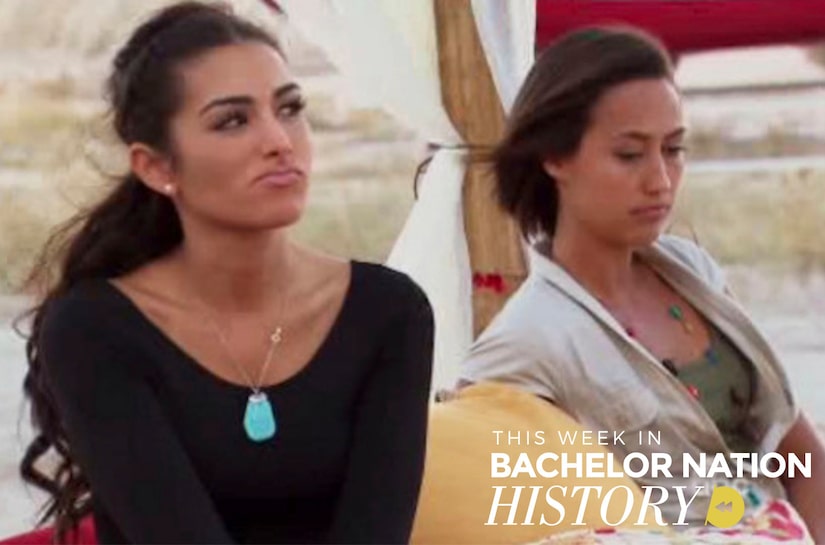 Throwing it back to drama in the Badlands!

On Season 19 of “The Bachelor,” drama heated up between two of Chris Soules’ women — Ashley Iaconetti and Kelsey Poe.

So in typical Bachelor fashion, Chris invited the two women to work it out on a two-on-one date where one of them would get to stay and the other would be sent home.

Both women were completely convinced that the other would be the one going home and each of them had their individual time with Chris.

Ashley famously used her time as an opportunity to call out Kelsey for seeming fake, and Chris told Kelsey what Ashley had said during his time with her.

Kelsey played it well, with Chris saying, “I would hate for you to let go of all the potential between us because of girl talk.”

But when she returned to the day bed where Ashley was waiting, Kelsey said, “I know what you did,” which led to one of the longest awkward silences ever on a Bachelor Nation show.

The two-on-one eventually resulted in both ladies being eliminated and they watched Chris’ helicopter fly away.

Ashley’s elimination also resulted in one of the most iconic Ashley crying moments. Check out the entire clip below! 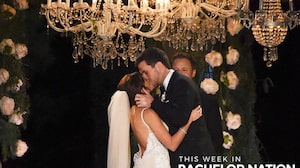 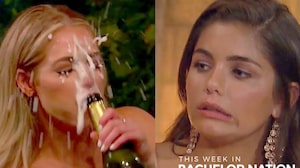