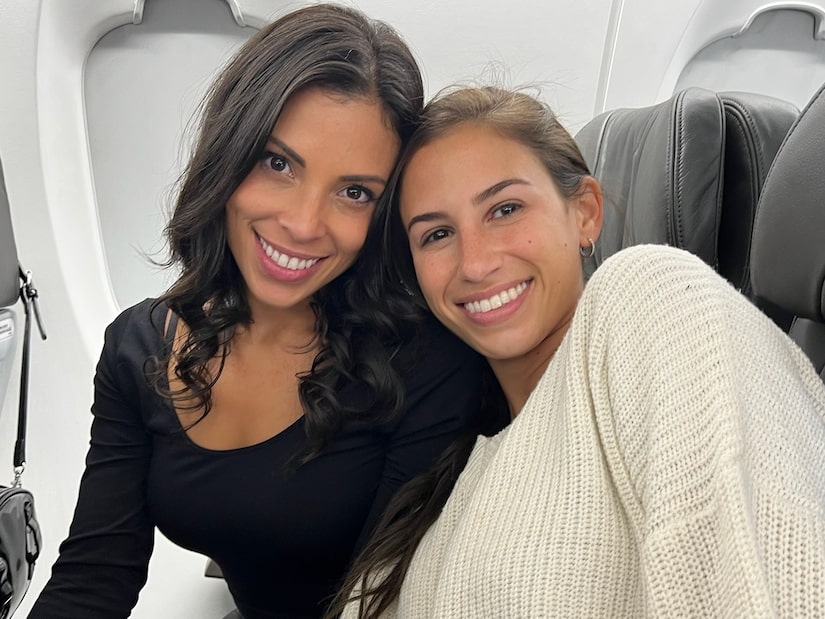 By now, Bachelor Nation is well aware of the stigma surrounding the dreaded two-on-one date, which typically involves the season’s “villain” and one other suitor.

The upcoming episode of “The Bachelor” teases the date between Clayton, Shanae, and Genevieve, with only one rose to hand out.

While fans have already formed opinions as to who Clayton should say goodbye to, Mara stopped by “Click Bait with Bachelor Nation” to discuss her thoughts on the two women chosen to embark on the two-on-one date.

Mara began by gushing over Genevieve, telling the “Click Bait” hosts, “She is one of the most real and honest people. I think she has such a big heart. She’s with the rest of us who really are here for love and to find a connection and to grow friendships, and not to make [“The Bachelor”] this mean competition where we’re bringing each other down.”

With all that said, Mara then went on to explain whether she thought Genevieve was right for the date given who she was up against.

She said, “I think Genevieve being the person that she is the perfect person for the two-on-one, and hopefully Clayton can see that.”

When asked who, aside from Genevieve, would’ve been the perfect counter to Shanae on the upcoming date, Mara immediately suggested Sierra, adding, “She’s amazing, inside and out. She has such a great personality. She’s just vivacious. Sierra really does command the room. I love that lady.”

As for Shanae, Mara was very transparent about her thoughts on her tearful apology.

Mara explained that many of the women in the house were simply hoping the drama would blow over and the dynamic would turn into more of a “Kumbaya setting,” but when all is said and done, “You also have to see the big picture and the reality of the fact. She had many times and many opportunities to apologize to each one of us, or us as a group, and it felt very forced.”

Not to mention the fact that Shanae’s apology allowed her to spend more time with Clayton, which Mara also addressed, adding, “It was all a ploy.”

To hear more of Mara’s conversation on the “Click Bait with Bachelor Nation” podcast, check out the full episode below.