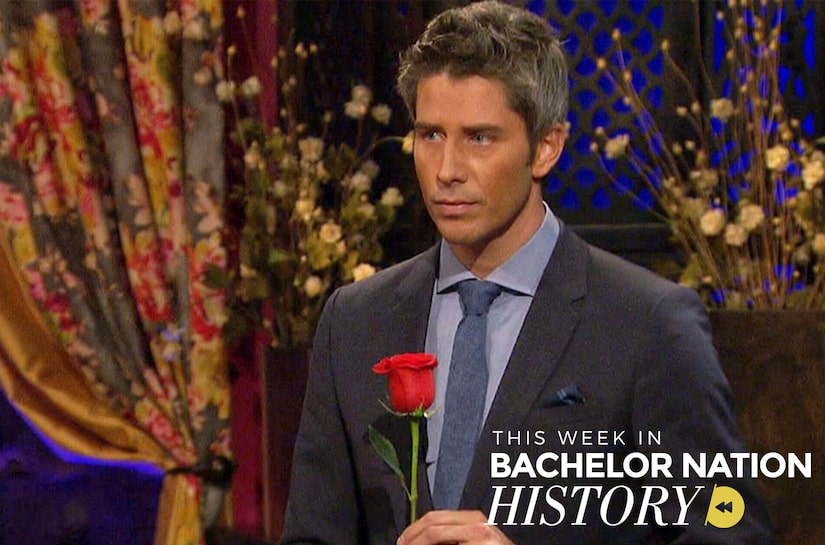 The week was filled with fun dates, romance, and some family introductions.

The two went to a taxidermy room and Kendall said, “I love taxidermy because for me, it’s a way to appreciate animals.”

Arie wasn’t as into the taxidermy, but he leaned into the experience for Kendall.

The former Bachelor said, “The taxidermy freaked me out a little bit! It’s not my thing, but I love spending time with Kendall. She’s quirky and funny and I’ve never dated anyone like her. She keeps things interesting.”

And they didn’t only look at taxidermy, they made some of their own. They each got a rat skin to mount and Kendall said, “I absolutely love taxidermy. I don’t see it as morbid or gross. I want Arie to see the beauty in that. In a way, taxidermy is like a perfect relationship. It’s something that will last forever.”

Next up was Tia Booth’s hometown of Weiner, Arkansas.

Tia took Arie race car driving, which was an easy way to his heart!

Later that night, Arie met Tia’s mom, dad, and siblings and they had a cheers with wieners in honor of Tia’s hometown of Weiner.

Tia’s dad was tough on Arie at first and called him out for things he’s read on the Internet about him being a playboy.

But Arie ended up making a good impression and he was given Tia’s dad’s blessing.

Then, Arie made his way to Minneapolis, Minnesota, for Becca Kufrin’s hometown date.

They spent the day at an orchard picking apples.

Later in the night, Arie met Becca’s mom, aunts, and uncles, and they shared a toast to Becca’s dad Steve, who had passed away.

Arie had a conversation with Becca’s Uncle Gary, who she said has become like a father figure since her dad’s passing.

For the day portion of their date, the two went horseback riding on the beach and enjoyed a beautiful sunset.

Later on, Arie met Lauren’s family and he described the experience as “tense” and “awkward” and he added that there was just a “different vibe in the room.”

He eventually needed to step away from the dinner table because his nerves got so bad, but the conversation with Lauren’s dad ended up going better than he expected.

When it came time for the Rose Ceremony, Arie sent Tia home in tears after a difficult conversation with Kendall about her readiness for an engagement. 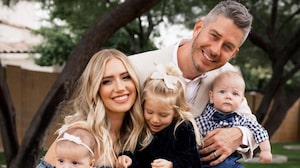 Arie Luyendyk Jr. Opens Up About Vasectomy in New Vlog: ‘We Love Our Kids So Much and We’re Good with Three’