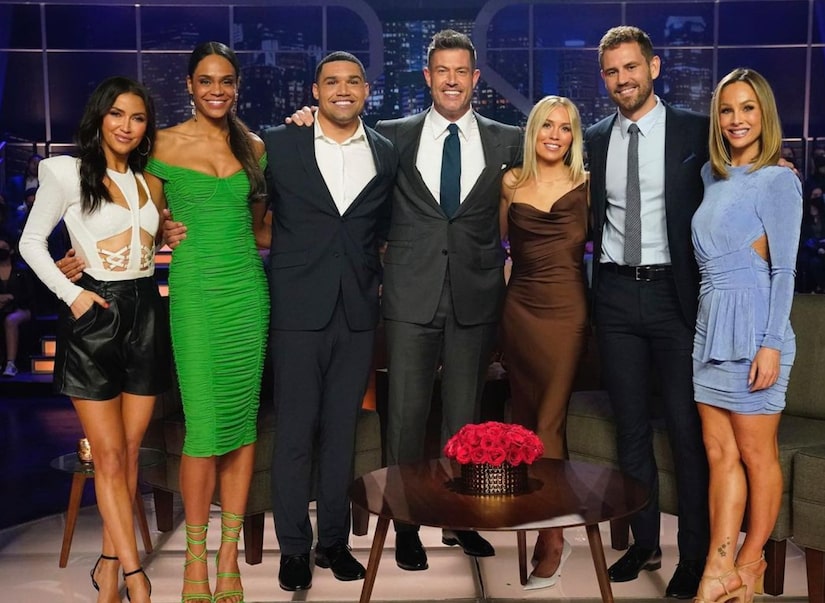 Jaws were on the floor!

Last night’s episode of “The Bachelor” was only part one of the finale, but it left Bachelor Nation alumni and fans speechless.

We saw Clayton tell Gabby and Rachel that he was in love and intimate with both of them, then he fought for both to stay, and even introduced them both to his entire family.

And just when you think the episode couldn’t get any more shocking, after all of that, Clayton drops the bombshell that he’s actually still in love with Susie and wants to fight for her.

Bachelor Nation alumni couldn’t believe what they were watching unfold, with some of them actually joining the live show for discussions and panels.

Many Bachelor Nation stars also took to social media to share their thoughts.

Ben Higgins chimed in, writing, “Just to start I am not getting paid for this tweet. Wasn’t event asked to tweet but after seeing @thebkoof and @viallnicholas28 talking about the finale I watched and…wow is all I will say. Simply wow, I have no more words. Nick and Becca weren’t wrong. #TheBachelor”

Wells Adams added, “It blows every finale ever out of the water,” and called the episode “Absolutely bonkers!”

Nick Viall took to Instagram to share a video, saying, “Do you guys remember the debacle from Ari’s season or Colton’s fence jump or Peter’s craziness? That was all child’s play compared to what I just witnessed. As soon as the episode starts, it’s just nuts.”

He also added that this will be “the most talked about finale” of all time and that tonight’s episode is “even crazier.”

I rarely tweet. But people bout to lose it come Tuesday. #TheBachelor pic.twitter.com/TDQL0kb3Iv

Her “Bachelor Happy Hour” co-host Serena Pitt also chimed in, saying, “I watched both parts of #TheBachelor finale last night because we’re podcasting today and let me just say I am NOT OKAY! It REALLY is the most dramatic finale ever!”

If tonight could possibly be any more dramatic than last night, we know we’re in for a wild ride.

Make sure to tune on to the live “Bachelor” finale at 8 p.m. on ABC or stream on Hulu. You don’t want to miss it! 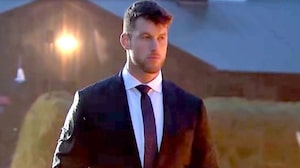 Gabby & Rachel Unravel Over Clayton’s Confession, Plus: A Shocking Turn of Events Could Change Everything 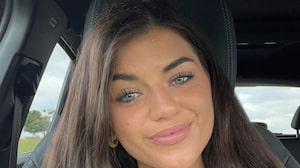