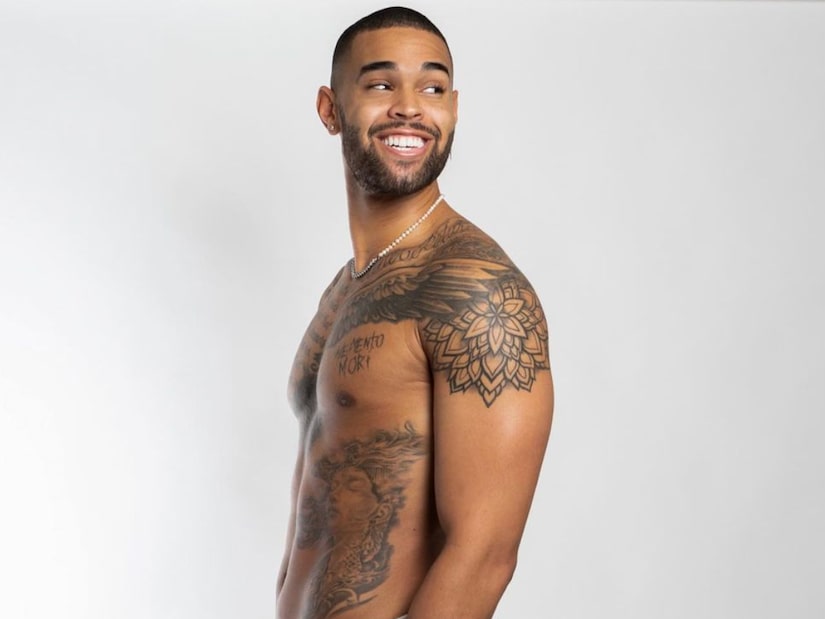 The two got engaged during the season finale and have been sharing their lives together with fans on social media ever since.

Now, Nayte sat down for an interview with Inked Magazine, where he discussed everything from being the most tattooed guy on his season to whether he’s inspired his fiancée Michelle to get a tattoo.

Nayte spoke to the magazine about his very first tattoo experience back when he was in college and a friend of his had a tattoo machine in his dorm room.

The Bachelor Nation star shared, “I paid him with two cans of Four Loko and that was it. The tattoo was a hand-drawn cursive ‘O’ for my last name, Olukoya. It’s pretty bad.”

But since then, Nayte has added many more tattoos to his collection, sharing, “As I got older, I got more tattoos and they started flowing. But for a while there, it was just random big pieces all around my body. I’ve slowly pieced things together, but my collection still has a lot of work from where my end goal is.”

Nayte was asked if he’s gotten any tattoos to commemorate his time on “The Bachelorette,” and he shared, “I might have to throw a rose in there. I do already have two rose tattoos on my body, but maybe I’ll get a color one.”

He also shared whether his tattoos inspired Michelle to get any ink of her own.

Nayte said, “When we first met, she said that she’s always liked tattoos, but she could never imagine herself getting one. Then a couple of weeks ago, she was like, ‘I’m thinking of maybe getting a really, really small tattoo.’ So she might get one one of these days, but who knows? If I put my money on it, I doubt she’s gonna get a tattoo, but we’ll see.”

And hypothetically, if they were to get a couples tattoo, Nayte said he’d have to take some time to think about what they’d want to get.

The Bachelor Nation star explained, “I’d have to put some thought into that. I’d just pick something stupid because it’d be funny, and everybody has one or two stupid tattoos. But seeing as it’d be Michelle’s first tattoo, let’s have it not be stupid. We could get our dogs. It’s funny, because last night I was thinking about getting a portrait of my dog Percy’s face.”

And while Nayte might have had the most tattoos on his season, he said there was another cast member he bonded over tattoos with.

Nayte shared, “Martin has some pretty cool tattoos. I think he has a tattoo of his sister holding his grandpa’s face when she was a kid. He also has a cool Superman tattoo on his calf. We did speak a little bit about tattoos while filming.”

Check out Nayte’s entire interview and see all the photos of his tattoos here. 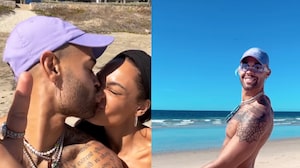 Michelle Young & Nayte Olukoya Take Their First Vacation Together Where They Got Engaged on ‘The Bachelorette!’ 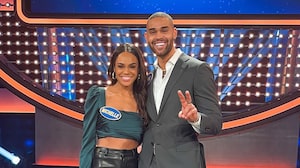