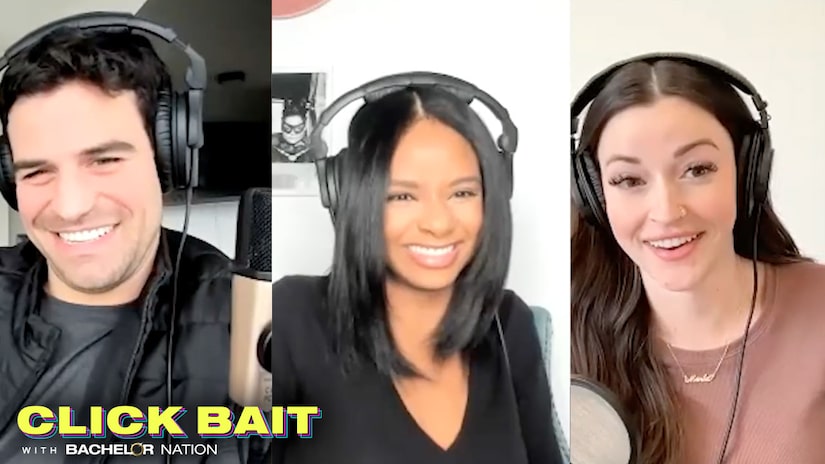 Natasha put a question box up on her Instagram page and asked her followers for burning questions to ask her fellow co-hosts on the podcast.

And Bachelor Nation fans didn’t hold back about asking anything!

The co-hosts started off by answering which fellow Bachelor Nation star surprised them most when meeting them in person versus just seeing them on the shows.

Natasha answered first, saying, “For me it’s Queen Victoria. I was very surprised. I definitely had one thought about her, but she was a totally different way.”

Tia chimed in with her answer, saying, “I’d say that mine is Thomas Jacobs. I had preconceived thoughts about Thomas before ‘Paradise,’ and then I got there and I was like, ‘Wait, we love Thomas. Why did this dude get such a bad rap?’ He surprised me in a good way.”

And Joe agreed with both Natasha and Tia that Thomas and Victoria were both way different when meeting them on “Bachelor in Paradise” than he expected.

She said, “I don’t know for sure, but I’m going to say yes, he’s still single, and if not, he can correct us.”

And Natasha didn’t hold back. She also answered a question from a fan who asked why she unfollowed former Bachelorette Katie Thurston.

Natasha alluded to Katie throwing some shade at Becca Kufrin’s boyfriend Thomas, saying, “Because she was talking sh*t about my friend’s boyfriend and I didn’t like it. That’s the answer. I have nothing to hide.”

The “Click Bait” co-hosts also shared which Bachelor Nation couple’s breakup they found the most surprising and upsetting.

Tia answered first, saying, “J.P. and Ashley. That one really surprised me. I’ve seen articles that Ashley has a new significant other and that whole situation just must be hard. Carly and Evan sucked too because they have kids. That always sucks so much.”

Natasha agreed, adding, “I don’t know Carly and Evan, but I remember when they broke up, everyone was shocked.”

Joe jokingly said that Tia’s breakups on Season 7 of “Paradise” were the most shocking and upsetting for him.

The last question the co-hosts answered was from a fan who asked if they were truly all friends when starting “Click Bait” together or if it took some time.

Joe said, “We all liked each other, and doing the podcast, we became closer friends.”

Natasha agreed, adding, “I liked Joe and Tia before the podcast, and I’d even taken a trip with Tia for Becca’s birthday that was fun. But then we were all in ‘Paradise’ and we really bonded there. Our friendship has definitely blossomed more by getting to see each other and catch up each week.”

To hear more of this week’s episode of “Click Bait with Bachelor Nation,” check out the full podcast below. 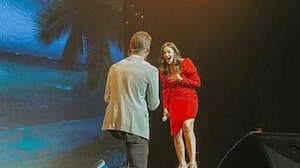 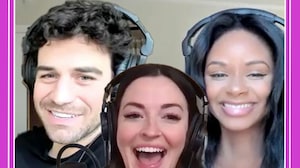