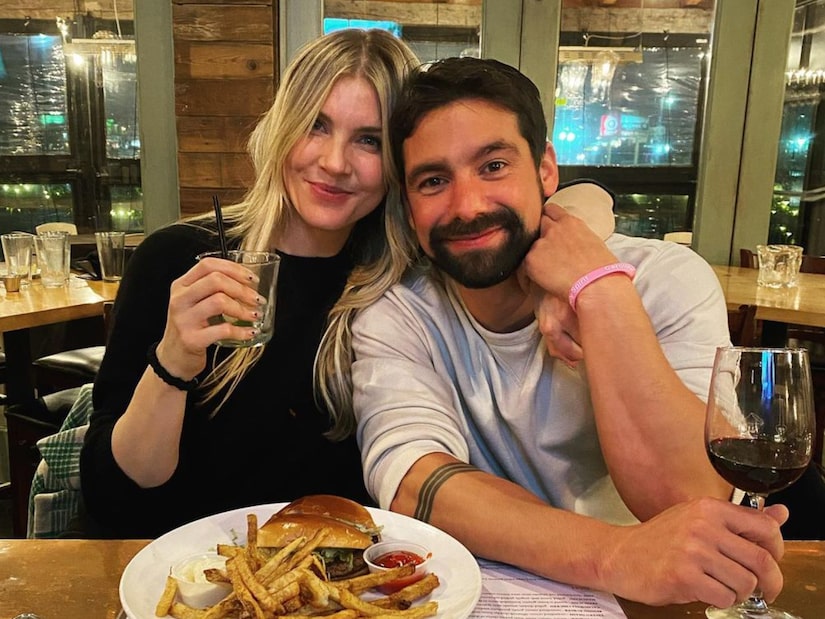 Beloved Bachelor Nation star Michael Allio stopped by the “Talking It Out with Bachelor Nation” podcast for a candid chat with Mike Johnson and Bryan Abasolo.

Fans first met Michael on Season 17 of “The Bachelorette,” where he eventually self-eliminated so he could go home to his son James.

The single dad has been open about losing his wife Laura Ritter-Allio to cancer in 2019 when she was only 33 years old.

Now, Michael is opening up to Mike and Bryan about his friendship with Amanda Kloots after a photo of them together in December 2021 had fans wondering if they were an item.

Around Christmas, Amanda posted a photo with Michael and wrote, “Finally met this guy in person after being Instagram friends for a year!! Lots of fried food, drinks, great chats and laughs!”

Michael told Mike and Bryan, “You guys may not know this, but Amanda is also from the Akron area. She and I are both from here. Her story is also very tragic. She lost her husband to COVID and she has a young child, Elvis, who’s around James’ age. She lives out in L.A. now, but once I got off the show, she reached out and we started talking.”

Michael continued on, saying, “We built this friendship and we have so many similarities in the way we look at life — we’re hopeful but still with some reverence to the tragedies that we’ve had to overcome. This great friendship happened, so when she came back to Akron for Christmas, we went to grab a drink. I got to meet her parents and Elvis. They are an amazing family. I think she’ll be a lifelong friend.”

And so while he and Amanda are just friends, he said getting to connect with her was one of the best things that came out of being on “The Bachelorette” for him.

Michael shared that he and Amanda have similar outlooks on grief, and they’ve bonded over similar experiences they’ve gone through.

He said, “For Amanda and I, an interesting part about grief is that believe it or not, because they’ve seen Laura and I together our entire lives, they like you sad. They would never admit this, but they prefer you to be sad. They like the idea that you had this long-lost love and there’s a martyrdom of losing somebody.”

Michael explained, “It gets very uncomfortable for people when they start to see you building and making progress and having a hopeful future. You have to fight through some of the noise and uncomfortable conversations that arise on your journey to build a new life for yourself. Amanda and I were going back and forth about when is that time and when are we ready? It’s not set in time. It’s actually all based on work. You have to work really hard to get to where you want to go.”

To hear more of Michael’s conversation with Mike and Bryan check out the “Talking It Out with Bachelor Nation” podcast episode below. 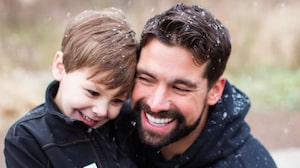