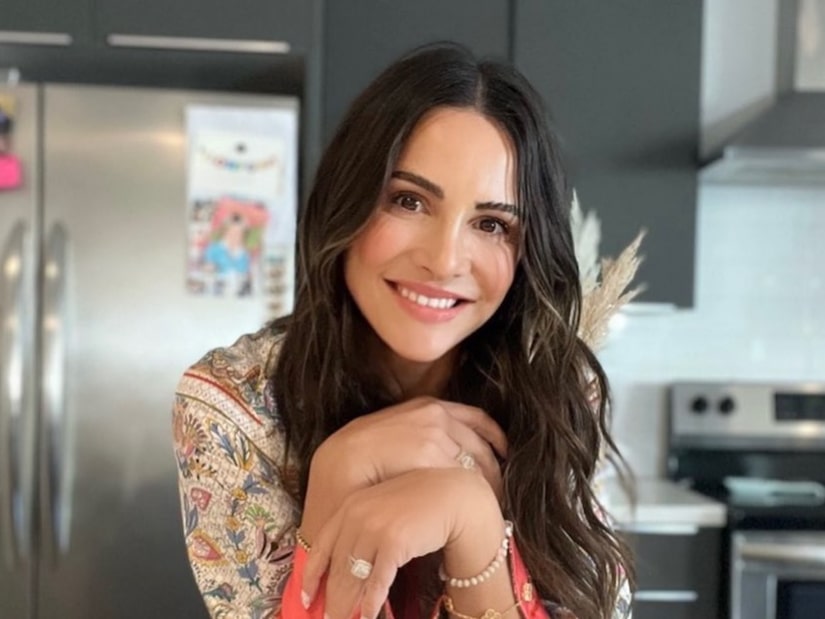 Bachelor Nation fans first met Andi Dorfman on Season 18 of “The Bachelor,” and she went on to be the Bachelorette for Season 10.

Since her time on the Bachelor Nation shows, Andi has had an extremely impressive career, including becoming a two-time New York Times best-selling author.

Her books, “It’s Not Okay: Turning Heartbreak into Happily Never After” and “Single State of Mind” both topped the best-seller lists, and fans have been wondering whether Andi plans on writing any more books since her second book was released in 2018.

Now, Andi stopped by the “Bachelor Happy Hour” podcast, where she opened up to co-hosts and fellow former Bachelorettes Becca Kufrin and Michelle Young about her plans for future books.

Andi said, “I’m going to be writing a third book. I had already started writing during COVID. Honestly, I was waiting for an ending and I didn’t know it was going to be this. But I think my engagement is a good ending and a segue into some other kinds of writing.”

So while her third book will be her last “single” memoir, Andi still has plans for her future as an author.

She said that she hopes to write some fiction and go somewhere “kind of wild” with her fiction novels.

Andi’s third book will conclude with her engagement to her fiancé Blaine Hart, who proposed to the Bachelor Nation star in March.

While Andi and Blaine have been together less than a year, she told Becca and Michelle, “With Blaine, there were just no red flags. I remember month after month, I was looking for the shoe to drop, and it never did. We were together for a long enough time to know that he was my person and he was the one.”

We can’t wait for Andi and her fiancé to tie the knot, and we are also excited for her third and final memoir about her single life.

So much to look forward to!

To hear more of Andi’s conversation with Becca and Michelle, check out the full episode of “Bachelor Happy Hour” below. 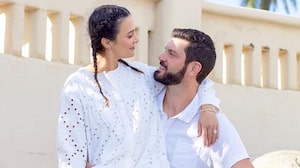 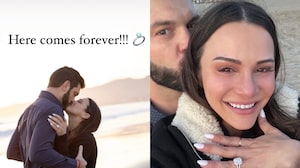 Andi Dorfman is Engaged to Blaine Hart and Bachelor Nation Shares Their Congrats: ‘Worth the Wait!’