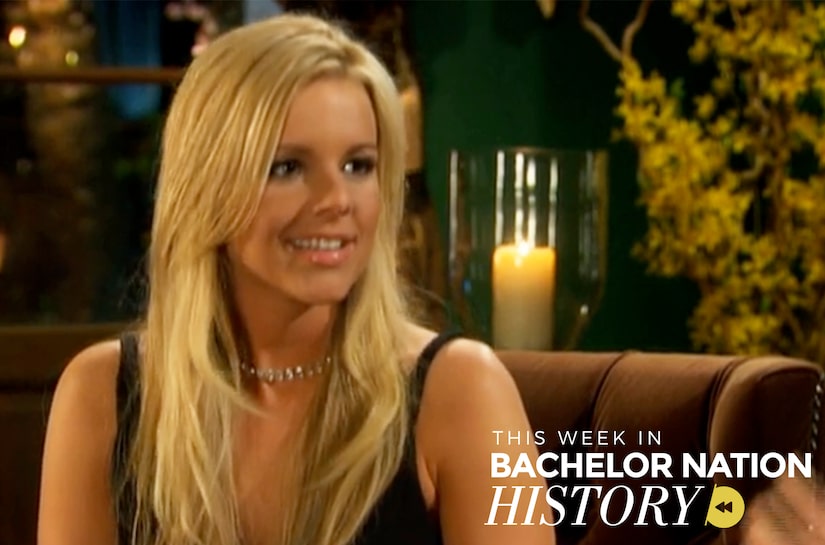 His love written in ink!

This week in Bachelor Nation history, we are looking back on an infamous “Bachelorette” moment from Season 6 where one of Ali Fedotowsky’s suitors, Kasey Kahl, gets a tattoo for her.

After not receiving a rose on a date, Kasey decided to make a grand gesture and prove his “sincerity” to Ali with a permanent piece of artwork on his arm.

During the episode, Kasey explains, “I came here to find love and I’m going to continue to pursue Ali and try to make her understand that I am genuine and sincere. For some reason, Ali has closed off a bit and maybe this will help her open up to me. I mean, how much more can I put myself out there?”

He continued on, sharing that getting a tattoo for someone is out of character for him, saying, “This is something I’d never do. For me to do something like this, it’s insane. I still can’t believe I’ve actually gone through with it.”

Kasey picked a specific design for his tattoo that he felt best represented his love for Ali.

He said, “I got a tattoo of a shield protecting a heart because I promised Ali that I would protect and guard her heart. I did it to show that I have a sincere side. I’m literally wearing my heart on my sleeve. I want to show her how much this means to me.” 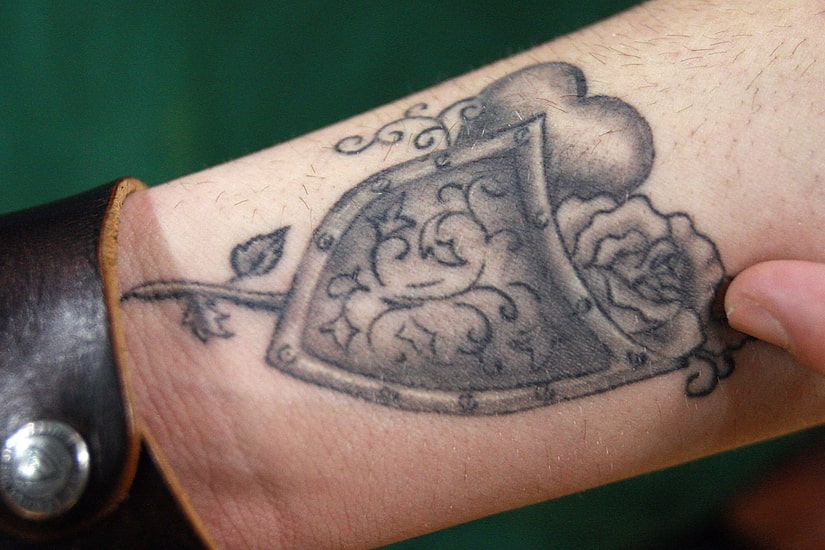 The tattoo caused drama with some of the men also vying for Ali’s heart, like Justin, but others actually liked the tattoo and showed Kasey some support.

As Kasey was going to show Ali the tattoo during their one-on-one time at the cocktail party, he was interrupted by Frank and ended up not being able to tell her that night.

Even though he didn’t show Ali his ink, Kasey received the final rose of the night and was able to show Ali the tattoo the following week in Iceland.

Curious whether he still has the tattoo? Check out the clip below to find out. 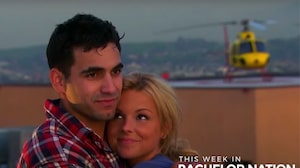 This Week in Bachelor Nation History: Ali Walks a Tightrope 100 Feet Between 2 Buildings with Roberto 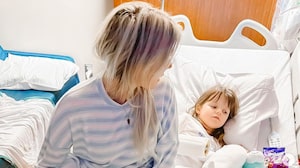