On this week’s episode of “The Bachelorette,” we saw Gabby and Rachel look for love on individual journeys with their separate groups of men for the first time.

And amid some ups and downs, both Bachelorettes ended up enjoying their group dates with their men.

But things started to heat up as Logan revealed that he still has feelings for Gabby, despite being on Rachel’s side.

Now, as we look ahead to next week’s episode of “The Bachelorette,” Gabby and Rachel set sail to Bruges, Belgium, on the Virgin Voyages cruise ship.

Romance is in the air between both Bachelorettes and their men as they share romantic dates in a new city.

Tensions continue to rise as Logan confronts Gabby and Rachel about wanting to switch from Rachel’s side to Gabby’s.

In the trailer for next week, we hear Logan say, “I care about Rachel, but I can’t put my initial feelings for Gabby aside.”

Rachel calls it “humiliating,” as Logan appears to be joining Gabby’s guys and leaving Rachel behind.

The men call it a “huge wild card” and wonder if Gabby is questioning her relationship with them by letting Logan join their group.

Rachel is seen sobbing and saying, “I don’t want to do this anymore” as we head into next week. 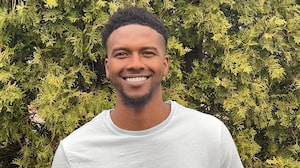 ‘The Bachelorette’s’ Termayne Reveals If He Has Any Regrets, Plus: What Made Him Cringe Watching the Show Back 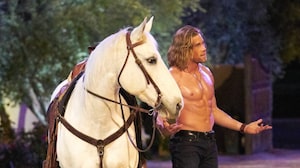