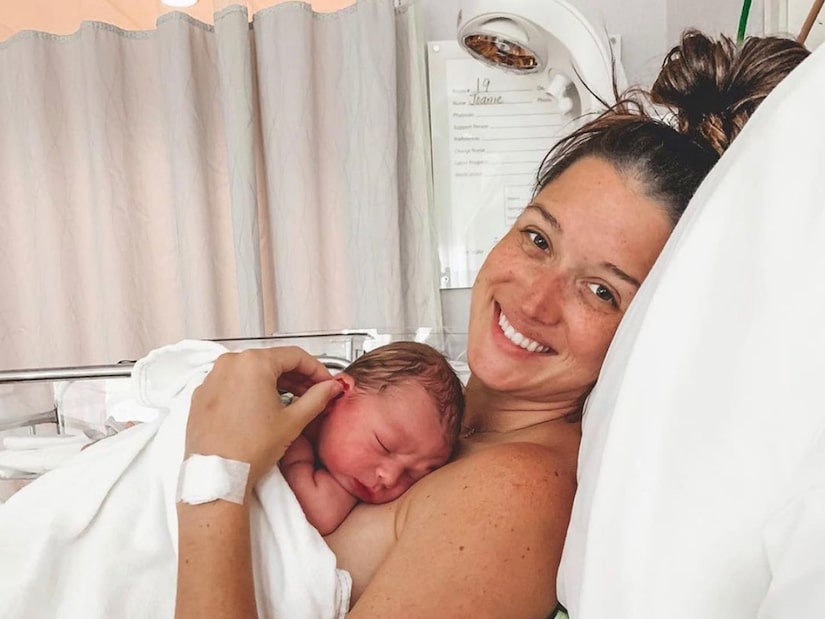 As fans know, Bachelor Nation couple Jade Roper Tolbert and Tanner Tolbert first fell in love and got engaged on the beach during Season 2 of “Bachelor in Paradise.”

Since then, they’ve gotten married and welcomed three children together: daughter Emerson, 4, and sons Brooks, 2, and Reed, 1.

And if you’ve followed Jade over the years, you know that her birth experience with Brooks was not what she and Tanner planned for.

She experienced precipitous labor, also known as rapid labor, which is when the laboring person gives birth less than three hours after regular contractions start.

Just minutes later, Jade said, “I was screaming and I was terrified. Then I told Tanner to call 911.”

Around an hour after her first contraction, Jade ended up giving birth to Brooks in their closet with the help of paramedics who arrived via ambulance.

Now, Jade is opening up about how she has processed this traumatic birth experience.

During a Q&A, a fan mentioned that their birth didn’t go as planned and asked how Jade processed her experience.

The Bachelor Nation star wrote, “EMDR therapy helped me a lot. Talking about it, finding the hard parts of the story where I get really struck by my emotions and taking a pause to notice them and allow myself to really have grace and compassion for myself in those moments.”

She went on, saying that she tries to “love on the past me as the present (if that makes sense). And I acknowledge that it was hard and never how I imagined it going, but that I am glad that I am/we are safe now.”

And Jade noted, “I still let the tears fall when they show up. I’ve been practicing radical acceptance as well.”

Another fan asked for advice on unexpectedly going from two to three kids with the youngest two being extremely close in age.

Jade got candid, saying, “I’m getting a lot of questions like this and honestly, it has all gone by so quickly, I feel like I don’t even have any solid advice. Here’s my best: Ask your support system for even more help. Feed yourself nourishing foods. Make sure to advocate for yourself and your ‘me time.’”

She also added to, “Really try to be truly present in the good moments and know this is just a season that you will get through to the other side. Also, try to prioritize one-on-one time with each kiddo!”

Some great advice! We know that Jade sharing her experiences will help others on similar journeys. 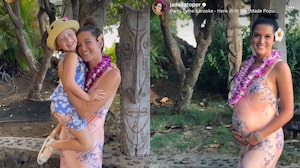 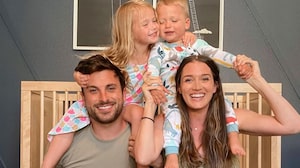 Jade Roper Tolbert Reveals If She & Tanner Want More Kids, Plus: Keeping Their Spark Alive After Having Babies