This is the moment the “Bachelor in Paradise” couples have all been waiting for: They can finally go public with their relationships!

Ever since filming ended a few months ago, cast members who left the show together had to fly under the radar so as not to tip anyone off about their relationship status. Much to their glee, the “Paradise” beach has officially closed for the season, so they can all be out in public as boyfriend and girlfriend, fiancé and fiancée, or, in the case of Demi Burnett and Kristian Haggerty, fiancée and fiancée.

These happy couples are all seizing the moment and posting tons of couple photos on social media that have likely been sitting in their phone’s photo library for weeks. Check out the Season 6 “Paradise” success stories and their charming photos together. 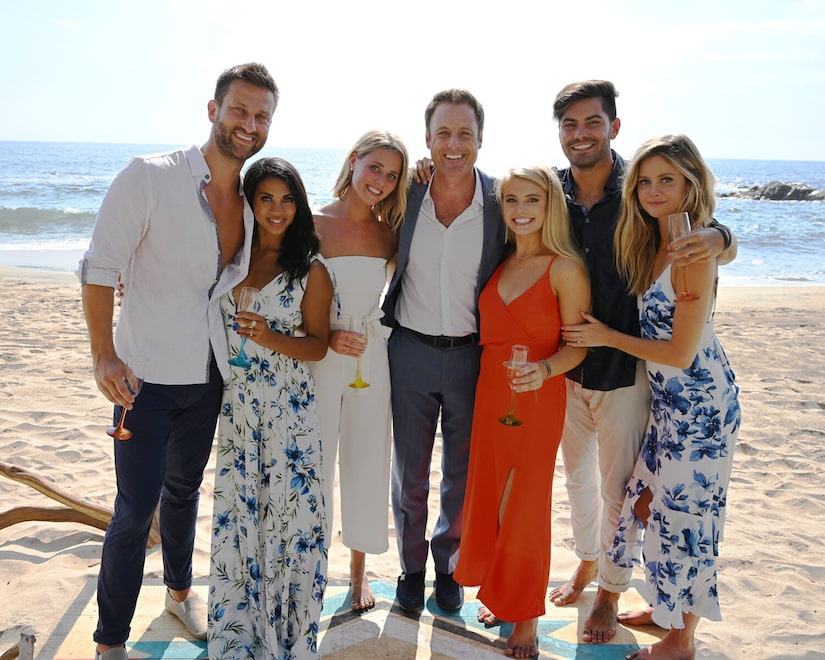 Dylan and Hannah emerged as one of the strongest and most grounded couples in “Paradise.” At first, it wasn’t clear if Hannah would choose Blake Horstmann or Dylan, but she said at the reunion taping that she focused on “following my heart,” which led her to Dylan. No matter what, Dylan remained steadfast and his loyalty to Hannah worked out extremely well in his favor.

Dylan posted a photo of their proposal, writing, “told you, Han. I didn’t come to spend my summer with you; I came to spend my life with you. Here’s to forever.”

Hannah also posted a photo of them

kissing on one of their “Happy Couple Weekends.” She captioned it, “you have no clue how much I love you @dylanbarbour.”

Demi and Kristian forever changed the course of Bachelor Nation history. Kristian arrived in “Paradise” within the first few weeks, and the two decided to explore their relationship together on the beach. They had their ups and downs, especially because they approach relationships in different ways. Demi admitted multiple times she felt more reserved and scared of her feelings, whereas Kristian was more open about her own. They worked through it all and fell more in love over the few weeks.

Demi proposed to her love on the beach, and Kristian returned the gesture in a moving speech on the “Paradise” reunion stage. She told Demi at one point during her speech, “I wouldn’t want to do this life with anyone but you, and I am just so proud of you. I want you to know I’m your biggest cheerleader and I will always be in your corner.”

Demi called Kristian her “forever” in a beautiful photo of them after the final rose ceremony.

Kristian posted a picture of the Demi’s proposal and wrote, “You’re my everything.”

Based on what transpired at the “Bachelor in Paradise” finale, Chris and Katie’s future looked a bit murky. Katie sat in the Hot Seat with Chris Harrison... and she didn’t wear her engagement ring. She told Harrison that she felt “exhausted” and that she was putting in all the effort in their relationship. She and Bukowski engaged in a tense discussion onstage and off, but both made it clear on social media that they are still together.

Katie added a photo of their hands clasped together as they ride in a helicopter over Chicago. She wrote a lengthy caption about the importance of communication in a relationship and what she’s learned throughout this entire process. She wrote at one point, “I’ve learned that happiness isn’t something to look for in your partner. Your partner can make you laugh but your partner is not responsible for your happiness. Happiness is found within and sharing that with each other is what lights up a room!”

She promised she would “take this seriously, won’t lose myself, I will always try my best, I will always keep it real, and we will have each other’s backs.”

Bukowski’s photo embodied just as much love, just with a shorter caption. His picture showed him feeding Katie a piece of pizza. He wrote, “Love is tough. Love is beautiful. Most importantly love is patient. Sometimes you need a shock to the system to put a fire under your ass. What I felt then I feel even more now. I love you @katieemo and can’t wait to feed you pizza for the rest of our lives.”

John Paul Jones and Tayshia broke up on “Paradise” after JPJ professed his feelings, but Tayshia had yet to get to that same point. Tayshia revealed on the finale that she felt like she made a mistake dumping JPJ, so she flew to Maryland to win him back. Well, it worked!

Tayshia posted a picture of them posing by a pool and captioned it, “TAYPJ for the win!”

JPJ could hardly contain his excitement as well. He shared a photo of himself and Tayshia smiling with his family, and wrote, “Surprise!”

Congratulations again to all the happy couples! We’ll just live vicariously though then until Season 24 of “The Bachelor” with Peter Weber airs in 2020.