“Bachelor in Paradise” can officially add 2020 GLAAD Media Awards nominee to its résumé.

GLAAD — the world’s largest lesbian, gay, bisexual, transgender, and queer media advocacy organization — recently announced the nominees for its annual awards, and “Paradise” was honored in the Outstanding Reality Program category. Other nominees include “Queer Eye,” “Are You the One?,” “I Am Jazz,” and “RuPaul’s Drag Race.”

The ceremonies will take place March 19 in New York, and April 16 in Los Angeles.

According to GLAAD’s website, the awards “recognize and honor media for their fair, accurate and inclusive representations of the lesbian, gay, bisexual, transgender and queer (LGBTQ) community and the issues that affect their lives.” 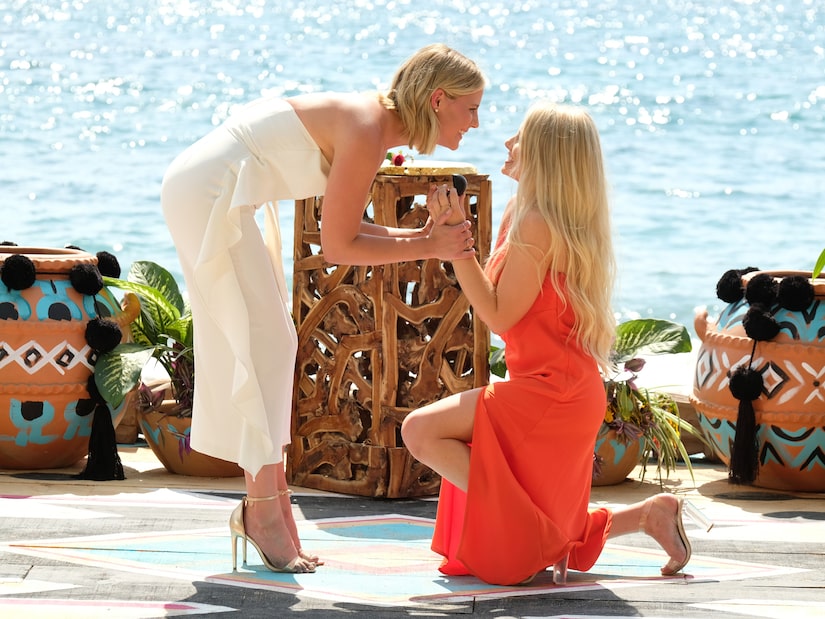 “Bachelor in Paradise” made history last year when Demi Burnett and Kristian Haggerty explored the first same-sex relationship on the show. Demi revealed to Hannah Brown before heading to Mexico that she was dating a woman in Los Angeles, but she still wanted to go on “Paradise” to see what was in store.

She told Hannah, “I have kind of been seeing someone. Plot twist: It happens to be a woman. It’s not something that I need to label, so I don’t need to proclaim I am gay, I am straight, I am bisexual. I just like who I like. It doesn’t matter who or what you are — it’s the person.”

Demi dubbed herself a “queer queen” before the season aired in July.

She and Derek Peth began a relationship almost instantly on “Paradise,” but she broke up with him because she had “so many feelings” for Kristian at the time. She told Derek she felt “really torn” about her feelings, but she ultimately knew her feelings for Kristian were stronger.

Hannah reappeared later in the season and had a one-on-one conversation with Demi to see where her head and heart were with Derek and Kristian.

Demi said, “I’m coming to terms with being comfortable with everyone knowing this part of me that I’ve been scared to talk about, scared to share with other people. I’m being very open with something that I haven’t talked about a lot.”

Demi said in a confessional at one point, “I just want to love who I love and be accepted.”

Kristian surprised Demi in Paradise, and the two continued to build on their relationship. During one of their dates, Demi asserted, “I don’t want to be scared anymore. I don’t want to risk it because I will do whatever it takes to be with you. I know it’s a crazy thing to think that I figured it out all here in this unique environment, but it feels so right and feels so good. It feels like I found not only who I am, but what my heart wants. I want to commit to you and I’ve never wanted to commit to someone like this before.”

Demi got on one knee and proposed to Kristian on the season finale, who then reciprocated the gesture on the “Paradise” reunion.

Hannah spoke highly of Demi’s actions on an episode of “Bachelor Happy Hour,” telling the hosts she believes Demi is “changing the game” in the “Bachelor” franchise.

On October 31, Demi and Kristian announced in joint statements that they had ended their engagement.

Congratulations, “Bachelor in Paradise,” on the big recognition!