On Wednesday, Peter Weber posted a video on his Instagram Story of his family having a dance party in their kitchen. Peter lip-synced to the song, mom Barbara shimmied, and dad Peter drank wine. Even their dog Tripp couldn’t help but join in!

A few moments later, Peter Sr. caught the dance bug. He showed off some impressive multitasking as he sang and moved around on a self-balancing hoverboard as REO Speedwagon’s song “Time for Me to Fly” aptly played in the background. 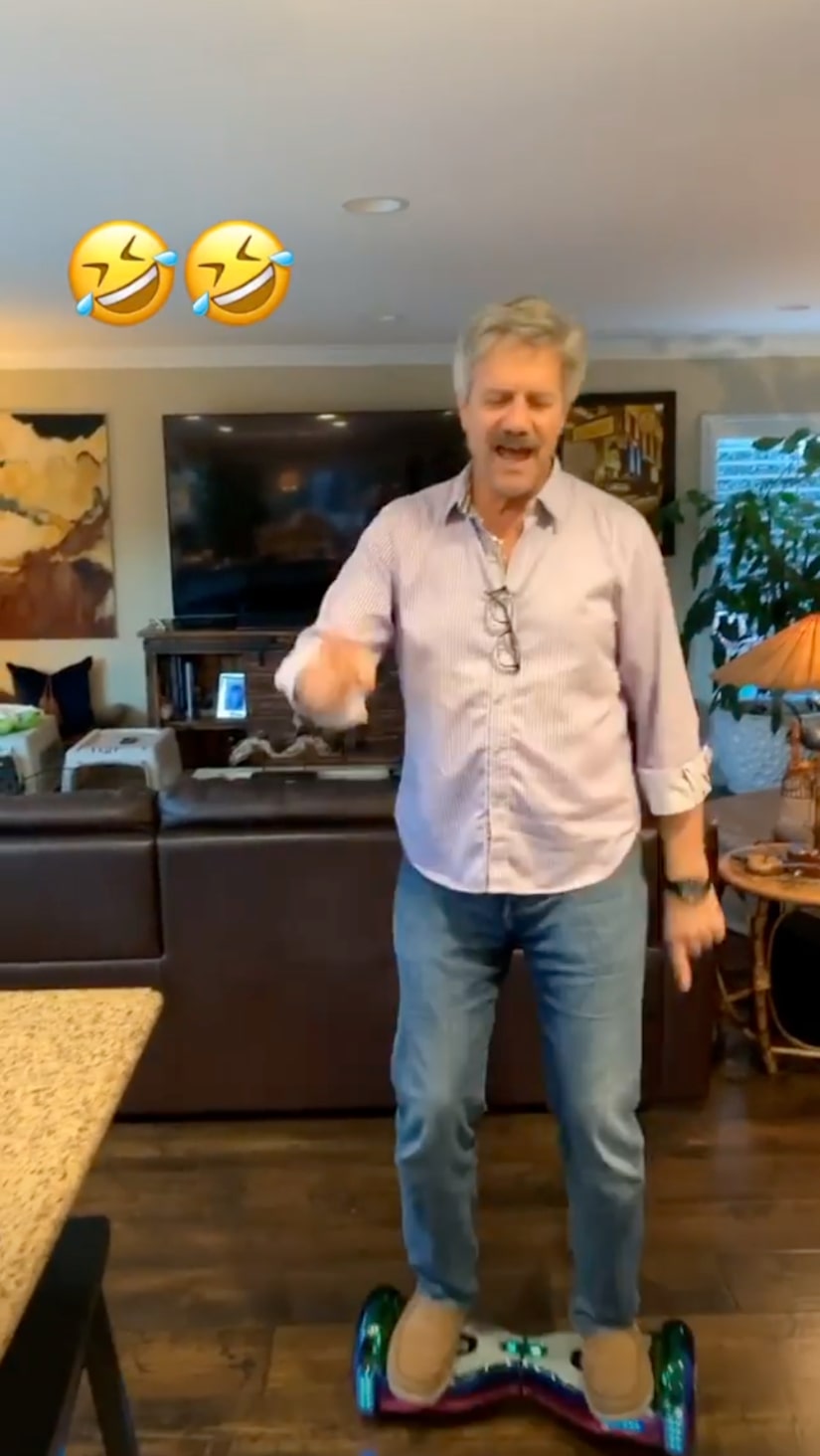 Peter the Bachelor tends to bust a move and share the moment on social media. In December, for instance, he posted a video of himself, Tyler Cameron and Dustin Kendrick doing a synchronized dance at a Seattle Seahawks football game in Los Angeles. Sometimes, Peter’s dad and brother also join in, too.

What’s more, the 28-year-old and Victoria P. channeled their inner Wild West  during their one-on-one date. Peter and Victoria stopped at County General Store in Van Nuys, California, and picked up some cowboy boots, hats, and jackets. Afterwards, they ventured over to The Canyon and went line dancing with a lively crowd.

Peter’s parents became beloved members of Bachelor Nation on Hannah Brown’s season of “The Bachelorette,” and people’s affection for them has only grown. On January 9, “The Bachelor” social media page shared a behind-the-scenes video of Peter giving his parents a tour of Bachelor Mansion, which Barbara absolutely loved, calling it “incredible” and “beautiful.” Peter told the camera, “My mom has always been such a huge ‘Bachelor’ fan. She has thought about coming here and what it was like for years.”

Peter's parents are something special 💖 Check out this deleted scene of their tour around #TheBachelor mansion while they give Peter advice before his big night! pic.twitter.com/52pNjTZPVG

Peter and Barbara have an endearing love story, which their son often references in his conversations about the type of relationship he hopes to have for himself. Peter is a pilot and Barbara was a flight attendant, and, as fate would have it, they were on the same flight from Chicago to Miami.

Barbara divulged on an episode of “Bachelor Happy Hour” recently, “I saw him from the back, and he was really nice and tan because he had been on a Hawaii trip. Do you know I knew I was going to marry him? Just the butt look — I did not even see his face!”

From the looks of it, Peter the pilot’s dance moves will make yet another appearance on next week’s episode of “The Bachelor,” which airs Monday at 8 p.m. on ABC.