They say let bygones be bygones, but that doesn't seem to be the case for Clare Crawley and Juan Pablo Galavis.

On March 11, Bachelor Nation got a glimpse at some of the potential suitors vying for Clare's heart on Season 16 of "The Bachelorette." Juan Pablo gave his two cents on the matter, tweeting, "I just SAW the GUYS for @Clare_Crawley Bachelorette season and its gonna be INTERESTING seeing HER get hit on by KIDS on their 20s... I think this MIGHT be the 3rd SEASON Im gonna watch."

The tweet elicited many responses from his followers, but one in particular caught his eye. Someone replied, "I knew you’d have some sort of jealous petty response to this," to which he wrote back, "Jealous? I just see it FASCINATING..." with a wink face emoji.

Clare, who is notoriously unafraid to speak her mind, replied, "And yet here you are, older than 99% of them and still cant practice compassion and kindness..."

I just SAW the GUYS for @Clare_Crawley Bachelorette season and its gonna be INTERESTING seeing HER get hit on by KIDS on their 20s... I think this MIGHT be the 3rd SEASON Im gonna watch.

And yet here you are, older than 99% of them and still cant practice compassion and kindness...

Juan Pablo attempted to clear the air, writing, "Hey, ALL I want is for you to FIND love, you taking it the WRONG way Clare..."

Clare is 38, which makes her the oldest Bachelorette in the show's history. However, she doesn't mind that one bit. She told "Good Morning America" about an age gap with some of the men, "The thing is, I'm wondering if they're ready for me, for my age. I feel like that would be more of an issue, than me with them, because I feel so much younger at heart than my actual age."

Clare taking the reins as the next Bachelorette brings her "Bachelor" journey full circle. She first appeared on Juan Pablo’s season and made it to his final two. She caused some controversy after she and Juan Pablo had a late-night rendezvous in the ocean, which Juan Pablo referenced in a salacious way on one of their last dates together. 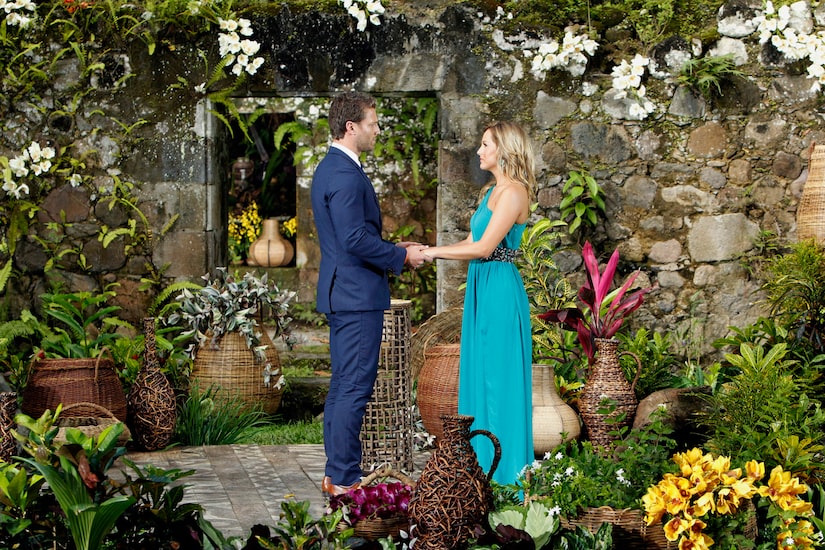 At the final Rose Ceremony in St. Lucia, Clare gave him a piece of her mind and made sure she left on her own terms. "I lost respect for you," she said. "I thought I knew what kind of man you were. What you just made me go through, I would never want my children having a father like you."

Six years later, she’s still ensuring her point gets across to Juan Pablo — and her future suitors. After being announced as the Bachelorette, Clare spoke about what she hopes to find in her potential future partner. She told "Good Morning America," "The most important thing is I want a man that will take off his armor. I want a man who is strong, but is willing to take off the body armor, open himself up and be vulnerable, and I think that is some serious strength right there."

In another interview with People, Clare perhaps subtly referenced Juan Pablo when she said, "Things I’ve thought I wanted in the past have turned out to not be what I wanted. But now I know what I will and won’t put up with."

Aside from someone who is "vulnerable and open," Clare desires "a man comfortable in stuff he’s been through and self-aware enough to know what he’s learned."

She added, "I need a level of maturity for sure."