There could only be one winner, and it was up to a panel of impressive celebrity judges to crown the champions of the first season of "The Bachelor Presents: Listen to Your Heart."

Kaitlyn Bristowe, Jason Tartick, Taye Diggs, Rita Wilson, and Jewel gathered backstage at the Country Music Hall of Fame to deliberate whether Chris and Bri or Trevor and Jamie ought to win the whole package of recording an album and going on tour together. In a newly released extended scene, the five experts discuss the two performances and which couple outshined the other.

They began with Chris and Bri. Rita Wilson expressed, "I thought they both had such incredible tone. I think voices, when you’re talking about duets and duos and partners, blending voices is very important. You want to make sure those voices blend in the right way."

She said their voices blended "beautifully together" and she enjoyed that they "were confident and centered in the way they performed together."

Taye Diggs asked the group, "Did anyone think Chris was nervous in the beginning and then he warmed up?" 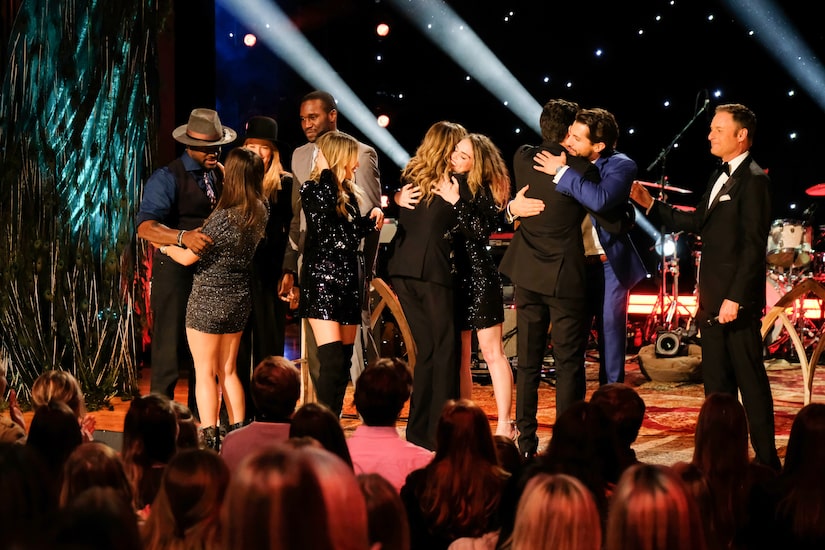 Everyone else agreed, with Kaitlyn adding, "I also think he seems a little more reserved and quiet, but his voice is breathtaking. She’s a little more stage present."

The judges then turned their attention to Trevor and Jamie. Wilson said, "Trevor had better tone than Jamie initially and then Jamie came up in it and rose to the occasion."

They all noted that they wished Jamie and Trevor connected with the audience more. Diggs shared, "That’s when they showed how green they were. We were ready for them to face out and to sing, and they stayed locked in with each other. But that’s a testament to how they feel for each other."

Watch the full clip above to see a behind-the-scenes look at their deliberation. Plus, be sure to stream and download Chris and Bri's new album "Chris and Bri" now!