There’s one part of DeAnna Pappas Stagliano’s past that she wants to keep hidden from her children — for now.

DeAnna recently opened up about when her daughter Addison saw her on television kissing a man who looked nothing like her husband Stephen Stagliano. She told Us Weekly that it began when she went on Netflix to watch Jason Mesnick’s season of "The Bachelor." Jason made it to the final two on her season of "The Bachelorette," but she turned him down for Jesse Csincsak.

She said, "I just happened to pull up a clip where they do a a reflection on what happened on my season and Addison comes over. She goes, 'Whoa, that’s not daddy you’re kissing.' I was like, 'No, sweetheart.' She was like, 'Why are you kissing that man?'" 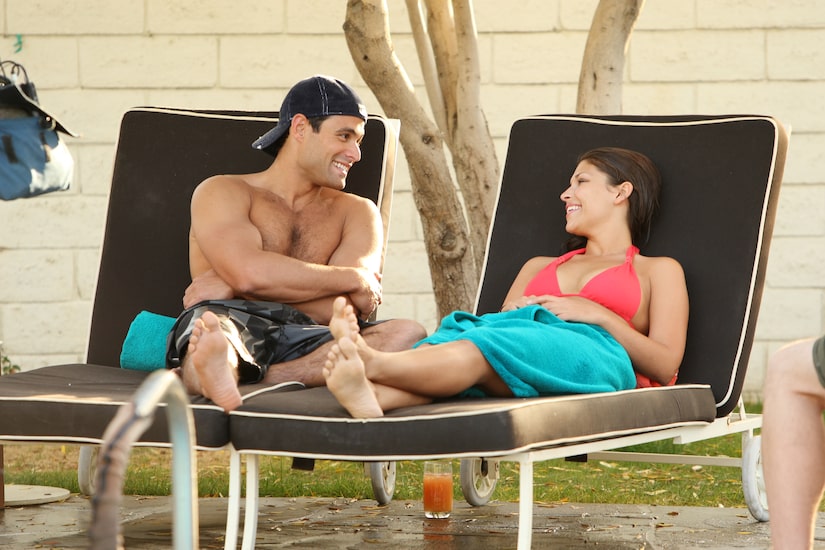 DeAnna said in her interview that she had a "very hard" time attempting to explain the kiss to her 6-year-old daughter. Right now, Addison doesn’t "understand what television is," but DeAnna knows that can only last so long. "It’ll be an interesting time when she finds out what really happened and what I have to explain," she shared.

According to DeAnna, Addison sometimes comes home from seeing her friends and asks, "Why do they think they saw you on TV?"

DeAnna made her Bachelor Nation debut on Brad Womack’s season of "The Bachelor" (his first time around). She made it to his top two before he opted not to hand his final rose to either of the women. She was such a beloved member of his season that she became the fourth Bachelorette a few months later.

Though she didn’t end up with her "Bachelorette" fiancé, DeAnna still found love within the Bachelor Nation family. Stephen’s brother Michael Stagliano appeared on Jillian Harris’ season of "The Bachelorette," as well as "Bachelor Pad" Seasons 2 and 3. He and his girlfriend at the time Holly Durst (now married to "Bachelor Pad" alum Blake Julian) introduced DeAnna and Stephen, and the rest is happy history!