The first season of "The Bachelor Presents: Listen to Your Heart" may be over, but Chris Watson and Bri Stauss' life together as musicians is just getting started.

Life has been moving nonstop for Bri and Chris ever since they wowed the judges during their final performance at the Country Music Hall of Fame in Nashville, Tennessee. That night, they sang "Make You Feel My Love" by Adele and "Give Me Love" by Ed Sheeran, which nearly moved celebrity judges Taye Diggs, Rita Wilson, and Jewel to tears.

Since that fateful day, they’ve released a debut album called "Chris and Bri" that includes the five songs they sang on "Listen to Your Heart," as well as five new tunes they wrote together. They’re hitting the stage again August 18 for a livestreamed concert at Hotel Café in Los Angeles. (You can get more information about their performance and buy tickets here.) 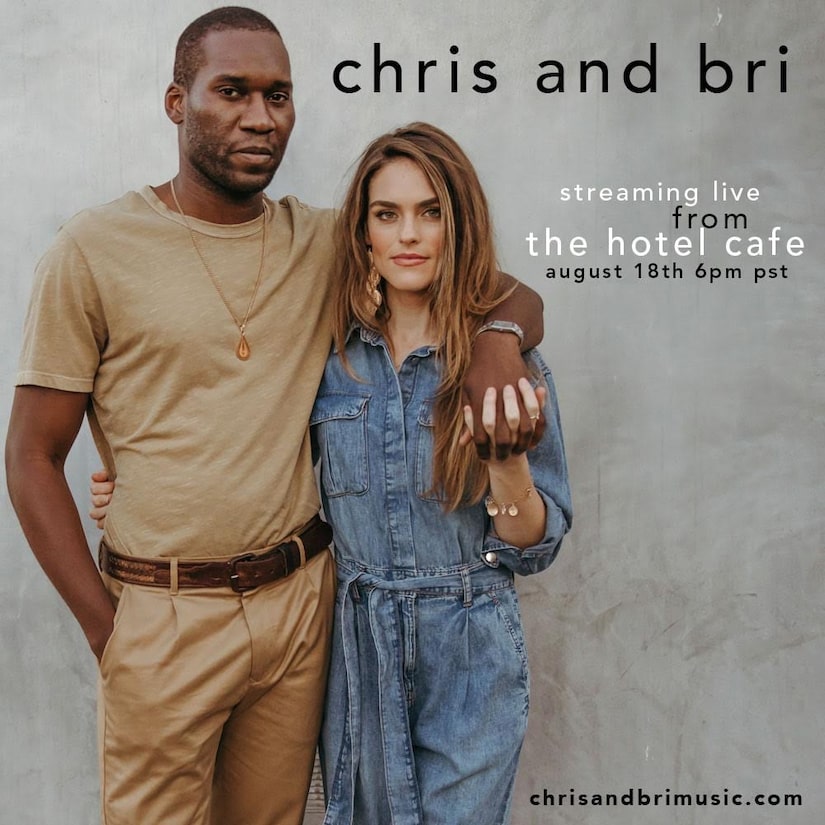 "Bachelor Nation" caught up with Bri and Chris over email ahead of their Hotel Café show, and they opened up about their collaboration process and what it’s been like navigating their relationship amid a pandemic.

Chris and Bri told us they’re "so excited" to reunite with The Final Rose Band, who will be joining them onstage. They’ve been preparing for the big day with lots of practice, adding, "Although we wrote these songs and sang some of them on 'Listen to Your Heart,' this concert will be different as we have a full set list and it will be live streamed."

The concert represents a big moment for the pair, because they’ll "finally be able to sing together onstage once again."

They shared, "That is where we fell in love. There is a special connection we have while performing together that is unlike anything we have ever experienced before meeting each other."

As for what fans can expect from their concert, Chris and Bri said, "We will be singing all songs from the album we wrote during quarantine for the first time together! We will also be playing with Misty Boyce, Courtney Leonard, and Ryan Vaughn from The Final Rose Band."

This is only the beginning for Chris and Bri! They'll have more music coming, as well as "touring as soon as possible." Plus, they have "a clothing and accessory line and a few other things in production."

We can’t wait to see and hear this duo again!