A number of former Bachelors and Bachelorettes have shimmied their way across the "Dancing with the Stars" stage in the hope of winning the coveted Mirrorball Trophy.

Kaitlyn Bristowe completed her second week on "Dancing with the Stars," and, in honor of that, Melissa Rycroft looked back at one of her routines on Season 15 of the show. Melissa won that season in 2012 alongside partner Tony Dovolani.

Melissa posted videos from the semifinals of her season when she and Tony danced the Argentine tango to "Dirty Diana" by Michael Jackson. In her videos, Melissa provided some behind-the-scenes details about the performance, including the fact that it was her husband Tye Strickland’s "favorite dance." 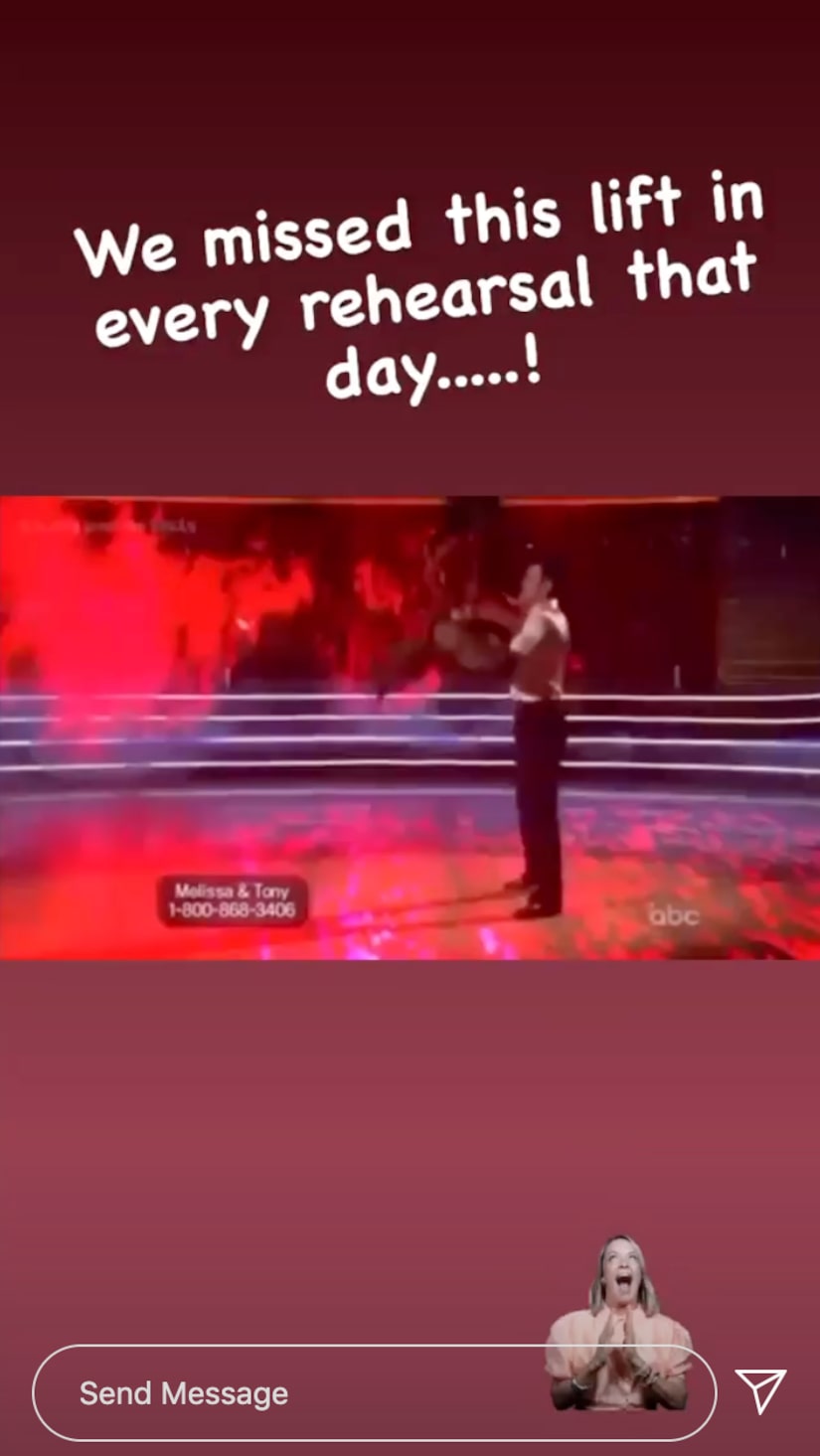 For one particularly complex move, Melissa noted in her video, "We missed this lift in every rehearsal that day.....!"

The "Bachelor" Season 13 alumna explained that happened to be a "super emotional week" for both herself and Tony because "We were both injured... And we lost a good family friend."

Also on Monday, after sharing some of her videos, she posted a throwback photo of the moment she found out she and Tony won Season 15. Tony jumps in the air and Melissa screams in delight. She captioned it, "Just because DWTS always makes me reminiscent. @tonydovolani - BEST. MOMENT. EVER. 🏆"