Chris Harrison knows better than anyone how to get "Bachelor" and "Bachelorette" viewers amped up for a new season. While we’ve often been told something will be "the most dramatic season we’ve ever seen," Chris Harrison really means it this time.

The longtime host spoke with Variety about Clare Crawley’s season of "The Bachelorette" (meet the 31 men here!) and explained that audiences better prepare to buckle up, because it will be "an explosive season, unlike any we’ve ever had."

For starters, Clare’s season is unlike any other because it takes place in a bubble with strict coronavirus precautions. That meant traveling to far-flung destinations was off the table, which forced the show to come up with new ideas for its events and Hometown Dates.

"We reimagined the show and had to be really creative," he explained.

Chris applauded Clare for her dedication to looking for love, no matter the circumstances.

He told Variety, "It was all about her journey and getting her there. She was so serious about being the Bachelorette. She just wanted to find love, and to that end, she was damned and determined to find love."

On that note, he added, "It was unlike any season we have ever seen — and I’ve seen a lot."

That sentiment echoes when Chris Harrison told "Entertainment Tonight" in a recent interview that this "definitely goes up on the Mount Rushmore of wild seasons." 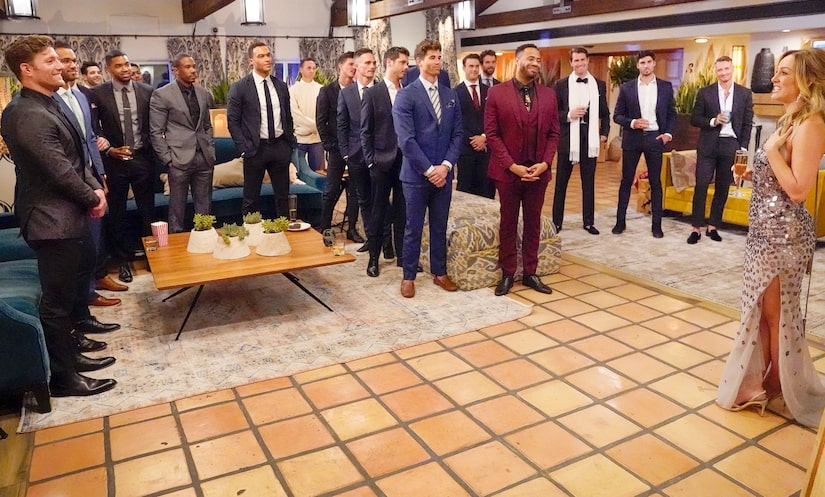 Bachelor Nation will see former Bachelorettes and other Bachelor Nation cast members make appearances on this season. Becca Kufrin revealed on a recent episode of "Bachelor Happy Hour" that she has a cameo, as do Rachel Lindsay and Hannah Ann Sluss. Plus, JoJo Fletcher stepped in for Chris Harrison while he dropped his son off for his freshman year of college.

JoJo spoke with Becca and Rachel on "Happy Hour" about her time as interim host.

"When you’re given the role and the job of filling in for Chris, and he’s the greatest of all time and he’s so phenomenal at his job and those one-liners and delivering those things, I was so stressed about not living up to his expectations," she said on the podcast. "He trusted me to do this. The amazing thing was that I wasn’t coming in there trying to be Chris. I was coming in just to help him out."

Clare Crawley's season of "The Bachelorette" premieres Tuesday, October 13, at 8 p.m. on ABC.