Does Essex Rosenbaum have a Mirror Ball trophy in her future? It looks that way!

J.P. and his daughter Essie showed off their best dance moves in a sweet Instagram Story video Sunday. In the clip. J.P. carries Essie as they twirl around the kitchen. He captioned one Story, "She's in training for ['Dancing with the Stars']."

He captioned another one, "Me not so much..."

Essex could follow in some big Bachelor Nation footsteps on "Dancing with the. Stars." Kaitlyn Bristowe has been wowing the judges week after week this season, and Hannah Brown took home the Mirror Ball last season. Melissa Rycroft also won in 2012. 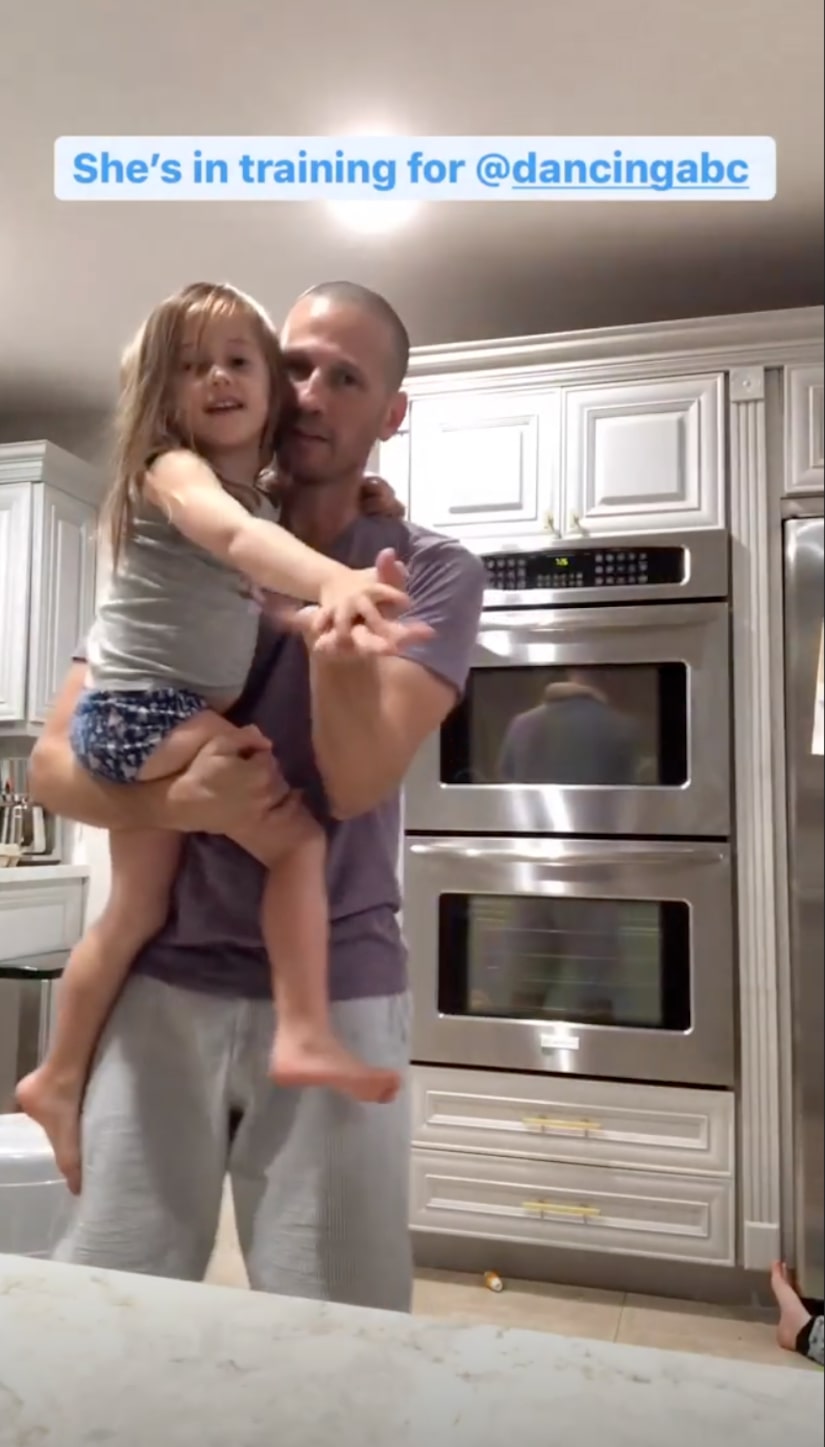 The Rosenbaum kids already seem to be experts at their favorite hobbies. Essie's older brother Fordham has taken after his father and has quickly become an avid fisherman. They often go on father-son excursions around Miami and end up with some pretty impressive catches.

Also on Sunday, J.P. shared a selfie with his two kids ahead of Ford's picture day at school. J.P. and Ford look like twins with their closely shaved heads and Essie sports a big smile in the background.

He captioned it, "I mighta gone a bit too short for picture day tomorrow. It’s like lookin in a mirror though. Mental note....1 clip is too short."

The family continues to be all smiles just two weeks after Ashley and J.P. announced they were separating.