Jake from State Farm is a crux of television commercials. We see him helping out NBA All-Star Chris Paul with a fake Chris Paul who decides to take up basketball in his house. We see him play in the park with NFL star quarterback Aaron Rodgers.

Now, we see Jake from State Farm — whose real name is Kevin Mimms and not Jake — met his long-lost twin Mike Johnson in an Instagram video added to Mike’s Stories on Wednesday. 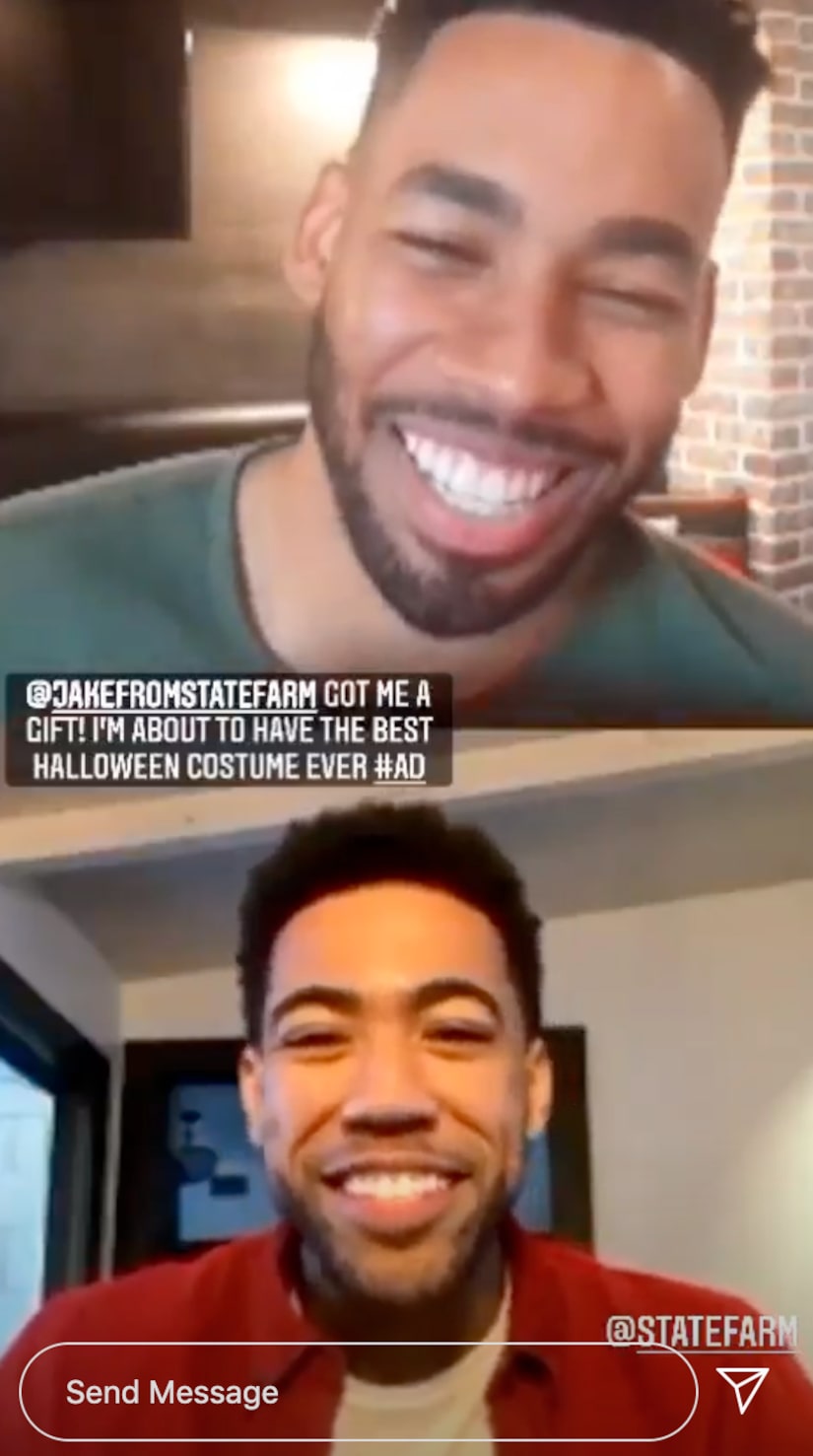 Mike and Jake from State Farm/Kevin joked around about their twin-like looks in what was actually an ad for the insurance giant.

Mike responded, "I feel like I'm looking in a mirror but I have on a different colored top."

Mike wore a green shirt, while Jake/Kevin donned the State Farm uniform of a white shirt and red button-down over it. They even sang the company’s jingle together, too!

Aside from chatting with Jake/Kevin, Mike has had a busy few months. He’s been working out, he released a book, and moved to Austin with his best friend and fellow "Bachelorette" alum Connor Saeli.

Let’s hope Connor and Mike are good neighbors to those in their apartment complex!