The stakes always get higher and the tension greater the moment Chris Harrison walks in the room holding a tray with a rose on it and says, "Gentleman, I'm just going to leave this here."

The First Impression Rose can often tell a lot about where the season will go. Many Bachelors and Bachelorettes have handed their first rose and their last rose to the same person, as seen most recently with Clare Crawley and Dale Moss. Rachel Lindsay gave hers to Bryan Abasolo, JoJo Fletcher offered her First Impression Rose to Jordan Rodgers, and the list goes on.

Tayshia met the 16 remaining men — and four new ones — on Tuesday's episode of "The Bachelorette." With that first cocktail party comes the pressure of doling out that coveted rose to a lucky someone. She joined Rachel Lindsay and Becca Kufrin on a new episode of "Bachelor Happy Hour" and spoke to her fellow Bachelorettes about the men and why she felt "so much pressure" about the First Impression Rose. 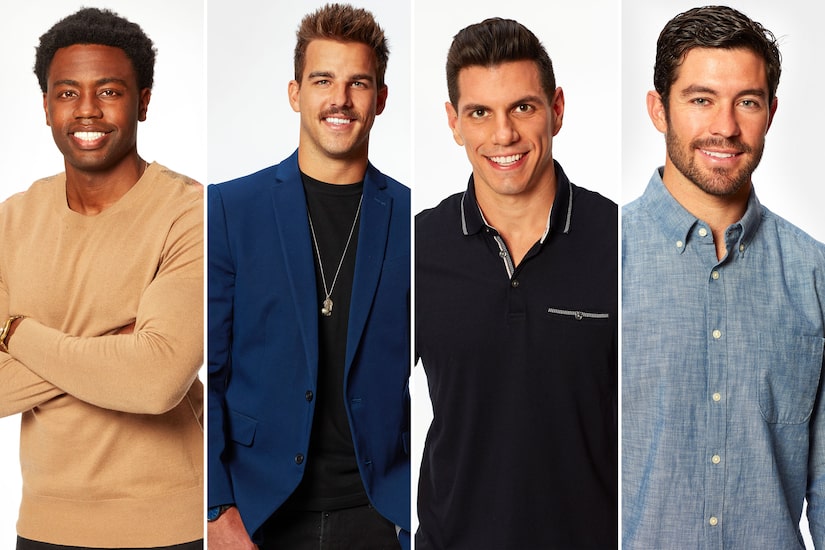 The Orange County, California, native raved about the men and commended their "depth" of character. Becca asked if Tayshia had an inkling the first night about who her top few guys were based on her conversations.

Tayshia said she didn't and explained she loved all of her conversations. She did, however, add, "To be honest with you guys, I felt like I had so much pressure with that damn First Impression Rose because all of you guys — and I’m not giving anything away — but all of you guys gave your First Impression Rose to the person you left with. I was like, 'I hope my intuition is correct!'"

She ultimately gave it to Spencer, one of the new arrivals. She pulled him aside at the cocktail party and told him she "heart did kind of skip a beat" when he showed up.

Tayshia added on the podcast, "I feel like I really allowed myself to give everyone a chance and date people that I normally wouldn’t and see where it went. I’m very proud of myself for that."

To hear more of Rachel, Becca, and Tayshia's conversation about her first night as the Bachelorette, be sure to listen to the full "Bachelor Happy Hour" episode now! Don't forget to subscribe on Apple Podcasts, Spotify, or wherever you listen to podcasts. You can listen to part two of her conversation on Thursday's episode of "Click Bait with Bachelor Nation."