This has certainly been a week to celebrate the "Bachelor" crossover with "Dancing with the Stars," and this week in Bachelor Nation history is no exception.

On Monday, Kaitlyn Bristowe took home the Mirrorball Trophy alongside her partner Artem Chigvintsev on Season 29 of the show. But Melissa Rycroft leapt so Hannah Brown and Kaitlyn could fly.

Eight years ago, Melissa returned to the stage for "Dancing with the Stars: All-Stars," the first season of its kind in the show's history. The "Bachelor" alum first appeared on the competition show in 2009 where she placed third. She came back for redemption in 2012, and she certainly found it when she won November 27, 2012. 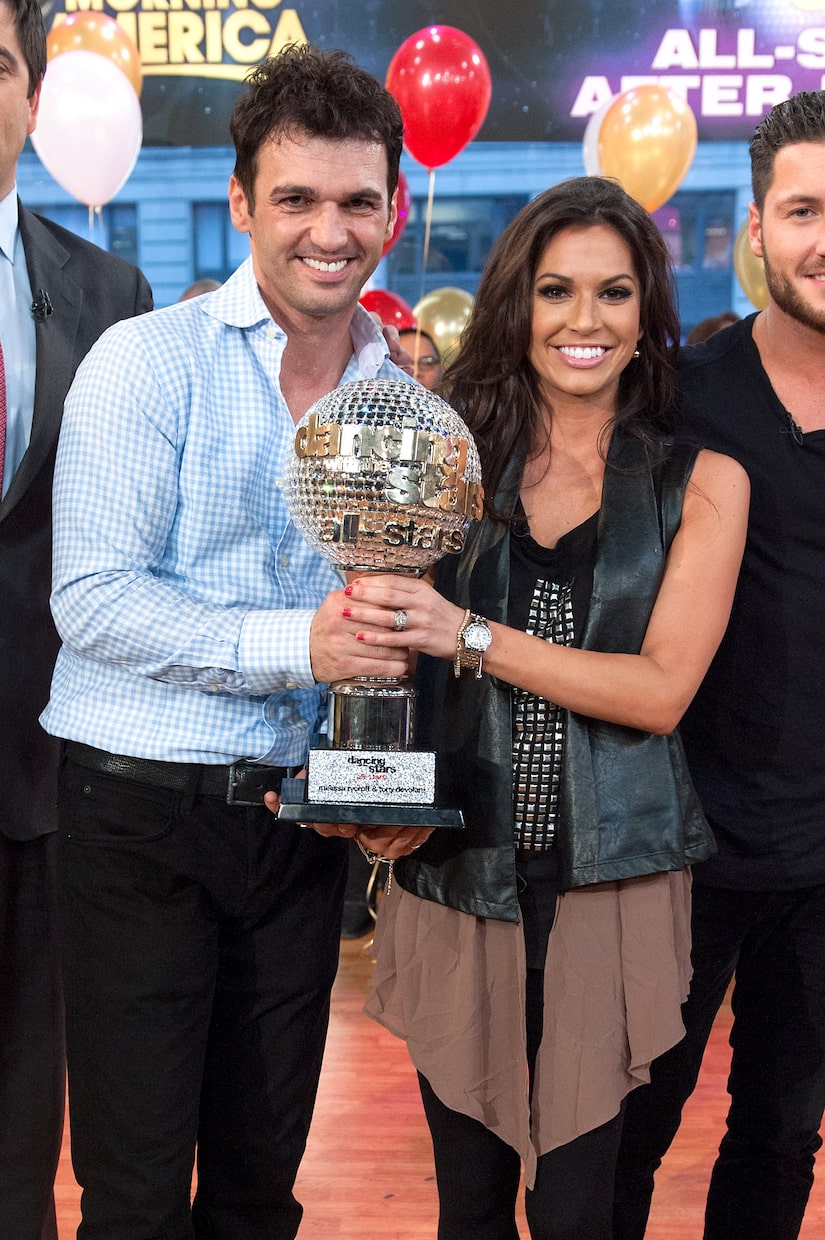 Tony and Melissa performed a samba on the finale as one of their routines. Judge Len Goodman told the pair, "You've been my greatest pleasure to watch."

Tony said after their victory, "I've paid my dues. But it was worth the entire 14 seasons to get somebody like Melissa. It was worth this unbelievable moment. All the stars have to align sometimes and tonight they did."

Melissa has been revisiting her champion season of "Dancing with the Stars" these last few weeks at Kaitlyn gave it her all onstage.

On Monday, she posted a photo from right when she was announced as the winner and captioned it, "Congrats to the newest winner of DWTS!! It’s a small club, but it’s an awesome one!!! Welcome!! #dwts"