"When I saw that I was starting to be portrayed as the villain, honestly, I was annoyed at first," the 25-year-old registered travel nurse explained. "And all my friends and family thought it’s hilarious because they know me." 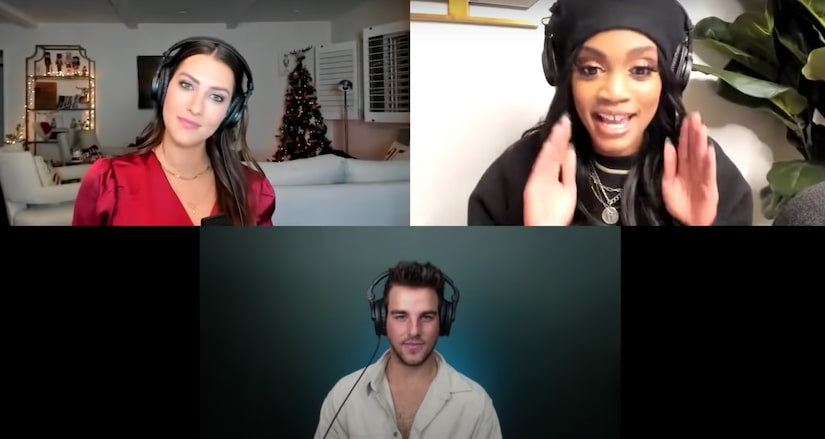 As viewers may recall, the "manipulative" label came when Noah revealed to Tayshia Adams that the other men in the house thought she handed him a rose undeservedly after he crashed a wrestling-themed group date.

"The first time I talked to Tayshia, I knew things after that point were going to be bad. The only reason I wanted to talk to her is because, basically, the guys were saying, 'Dude, you got this rose for no reason. We know it. It’s just to make us all try harder, to piss us all off and stuff,'" he recalled. "So, I said, 'Hey Tayshia, I have feelings for you and I want to know if you gave this to me just for fun. Because if you did, I’ll go home.'"

Of course, this caused Tayshia to believe that her integrity was being questioned. Her conversation with Noah ultimately kicked off a series of dramatic events during which he has been front and center, including his feud with the recently eliminated Bennett Jordan (who makes a shocking return to the show next week).

Noah said that he sees Bennett stepping more into the villain role as Tayshia’s journey unfolds.

"Your boy Bennett, his glimmer is starting to wear off and he’s starting to be shown for more of a villain," he told Rachel, an avowed Bennett superfan who hilariously eulogized his departure on "Bachelor Happy Hour."

Added Noah, "I mean, he was just very condescending and demeaning to people."

But when it comes to assertions that he is still this season’s bad guy, Noah said that he often turns to his loved ones for reassurance. "Their opinion matters more to me than people on Twitter that are ragging on me, that have no idea who I am," he explained. "I value [my family’s] opinion a lot more, so I got a lot of support from them."

Watch part of Noah’s "Bachelor Happy Hour" interview below — and be sure to tune in to "The Bachelorette," airing next week on Monday and Tuesday at 8 p.m. on ABC. 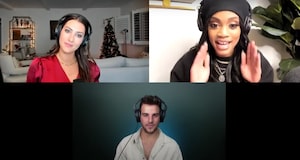 Noah Teases This Season’s 'Men Tell All' Special: 'It Gets Juicy on So Many Levels'