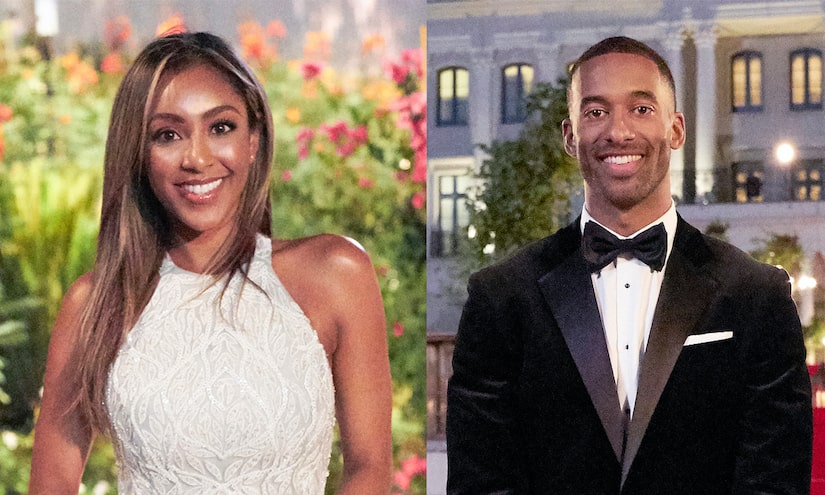 Now that her season of “The Bachelorette” is over, Tayshia Adams is officially passing the torch to Matt James as Bachelor Nation’s reigning lead.

“I’m so happy for him,” she said during the latest episode of “Click Bait with Bachelor Nation.” “And I’m happy it is him.”

Tayshia went on to tell her podcast co-hosts, Joe Amabile and Natasha Parker, that she is relieved to no longer be the focal point of Bachelor Nation. (Tayshia stepped in as the Bachelorette after Season 16’s first star, Clare Crawley, entered into an early engagement with Dale Moss.)

“I don’t know how to explain this, but I feel like there’s so much energy [you feel as the lead],” Tayshia said. “I feel like when your episodes are being watched and all that kind of stuff, there’s just so much energy coming towards you that it’s very overwhelming.”

She continued, “It was very overwhelming for me. I loved it at the same time. I had such an amazing group of guys and I was proud of myself. So, I still had a smile while watching. At the same time, I’m kind of happy to have that kind of, like, anxious energy off of my plate.”

Tayshia — whose journey on the show concluded with a romantic proposal from Zac Clark, whom she’s currently living with in New York City — also spoke about the difficulty of dating in front of millions of viewers week after week.

“It’s a lot to deal with,” she said. “Being open for criticism and having everyone’s judgments and all that kind of stuff, that part sucks.”

As fans are well aware, Tayshia’s time within Bachelor Nation began in 2019 when she competed for Colton Underwood’s heart on Season 23 of “The Bachelor.” Months later, she appeared on “Bachelor in Paradise” Season 6. And, of course, she eventually received the call to be the Bachelorette.

Because of her ample airtime over the years, Tayshia believes she was better prepared to overcome the obstacles that come with commanding the franchise. Conversely, Matt never appeared on “The Bachelorette” before his historic turn as the first Black Bachelor began.

“I guess I kind of know how to navigate it a little better than I did back then. At the same time, I received so much love from it all,” she said, before imparting words of wisdom for our new Matt-chelor: “You’ve got to build some tough skin.”

Watch part of this week’s “Click Bait with Bachelor Nation” below — and don’t forget to subscribe on Apple Podcasts to hear more from Tayshia, Joe, and Natasha. 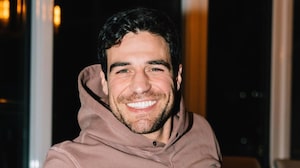 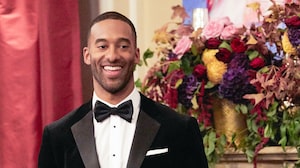 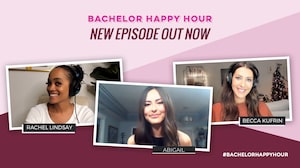 Abigail Talks Queen Victoria, the Other 'MJ,' and Upcoming Drama on 'The Bachelor' Season 25