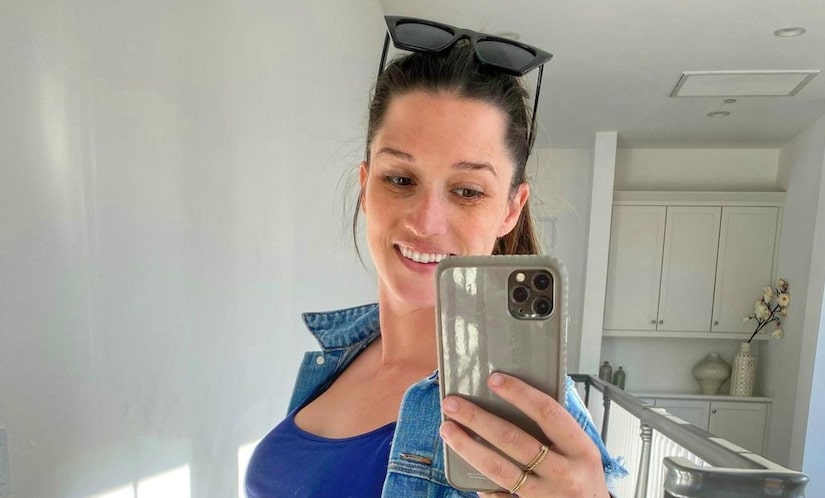 Something to think about. Jade Roper headed over to social media on Wednesday to share that she would consider getting pregnant again — as another family’s surrogate.

When an Instagram user asked the Bachelor Nation star what she thought about one day becoming a gestational carrier, Jade responded, “True! If it was the right timing.”

Jade currently has three children — daughter Emerson, 3, son Brooks, 17 months, and son Reed, 1 month — with her husband, Tanner Tolbert, whom she met and fell in love with on Season 2 of “Bachelor in Paradise” in 2015. 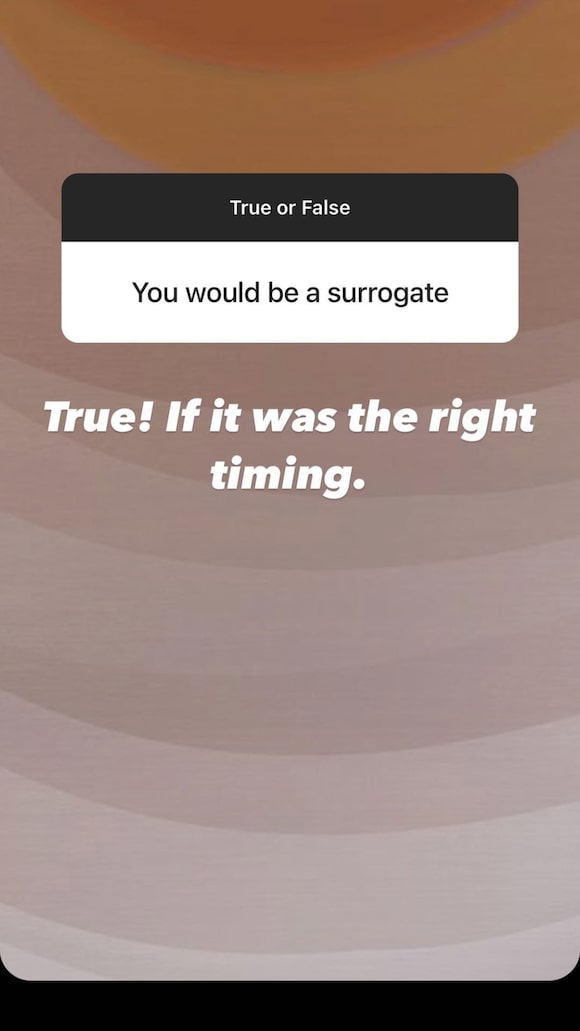 Elsewhere in her Instagram Story, Jade revealed that she and Tanner have “partially” thought about expanding their brood.

“On a scale, I’d lean toward 75 percent wanting another, where Tanner would probably say there’s a 25 percent chance,” she wrote. “So many factors going into whether or not we’d have a fourth, though.”

Though she loves her life as a married mom of three, Jade also revealed that she “wasn’t sure… about the whole marriage and kids package” after seeing her parents split.

“I did a lot of healing and grieving and honestly, meeting Tanner at the right time made everything seem like it would be safe for my heart to be open to marriage and kids,” she said.

Jade’s revelations come just days after she opened up about her journey healing from postpartum depression during an emotional discussion with Tanner on her “Mommies Tell All” podcast. As the “Bachelor” alum has previously explained, the unexpectedly early arrival of her second child came so suddenly that she didn’t have time to get to the hospital and instead welcomed him on the floor of her bedroom closet.

“My body was in continuous stress, pain, and contracting. So, I thought something was wrong. I felt like I was going to die, or the baby was going to die,” she recalled of delivering Brooks. “And I feel like those feelings catapulted me into postpartum depression [and] post-traumatic stress disorder. I just had a lot of feelings from that trauma. I just spun me. And I feel like I spun for a long time.”

After telling her story, Jade thanked fans for their outpouring of support. “Thank you for sharing with me your PPD experiences. It’s so hard, and I felt much shame for so long,” she wrote in part on her Instagram Story last week. “I still do a lot as I’m still unpacking and healing. You will get through this, even though some days it feels like you won’t.”