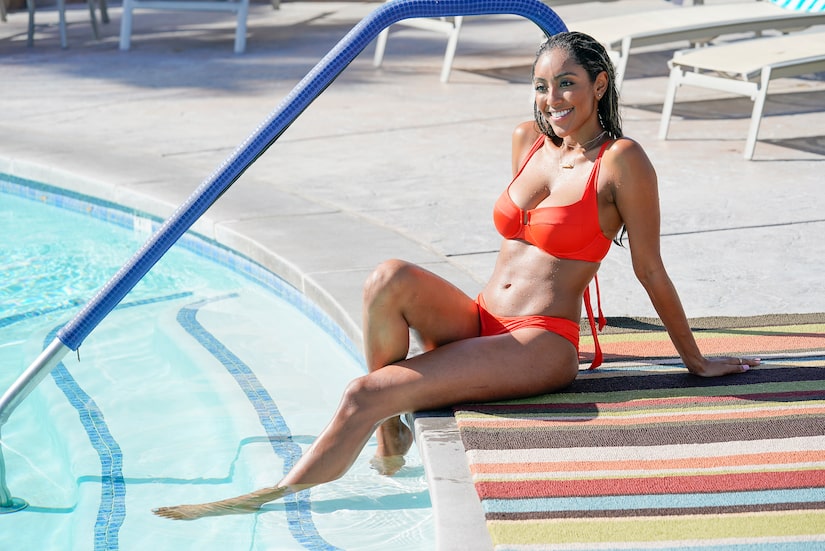 Feeling herself! Tayshia Adams opened up in a new interview with Women’s Health about learning to love her body, especially her chest.

“A body part that I have grown to love are my boobs,” the Season 16 Bachelorette said in a “Body Scan” video piece published on Tuesday. “They kind of come out of nowhere. It’s not something you really prepare for. You don’t know how big they’re going to be, what they’re going to look like, and it’s something that is very unique to every individual.”

She continued, “It can be something that people kind of feel really insecure about, whether they’re too small, they’re too big, or how do you dress them?”

Tayshia told the publication that she once felt diffident about her figure. “I did kind of struggle, growing up, feeling a little insecure about [my boobs],” she said. “I could put on a bikini and I’m just wearing the same bikini as my girlfriend, but because I have a bigger chest, it looks like I’m trying to flaunt my body or I’m putting myself out there.”

The Orange County, California native — who recently channeled her inner supermodel for a stunning photo shoot with Marie Claire magazine — said that, in the past, she wore modest clothing in an effort to minimize her assets.

“At a young age, because I knew my boobs were bigger, I was kind of more conservative with my clothing style,” she continued. “When it came to dating people, I was really self-conscious about my body. Being naked or wearing something revealing, it took a hot minute for me to get there because like, ‘Oh God, is he just going to stare at my boobs? Does he like big boobs? Or does he not?’”

Tayshia added, “It’s a struggle that girls have and women deal with. It sucks that something as beautiful as boobs, that God has blessed you with, is something that you can also find a huge insecurity [about].” 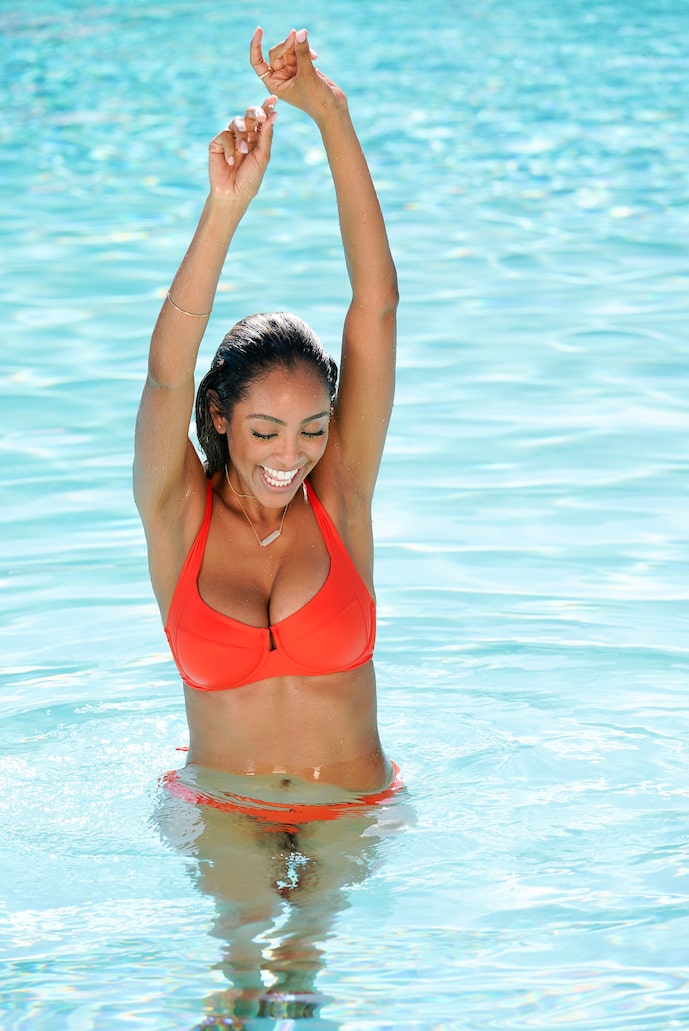 The 30-year-old said that she has steadily embraced her curves over the years — and was thrilled to show them off when she got the call to lead “The Bachelorette” in 2020.

“For ‘Bachelorette,’ it’s definitely my style, but it was a little more risqué than what I normally wear day to day,” she said. “I really showed off my boobs and that’s not something I’ve been used to. But within the last year and a half, I’ve really become confident in my own body. I’m a sexy woman and I should be embracing that. I should be proud of what I have. So, with that, I told Cary [Fetman], our stylist, ‘Let’s go for it.’”

Tayshia — who memorably made her “Bachelorette” debut dripping wet in a red-hot bikini — said that she didn’t want to have any regrets about her on-screen style choices.

“I didn’t want to look back and be like, ‘I should have been a little bit more risky.’ No, I’m looking for a man and I feel really good about myself,” she said. “And I want them to know that they’re dealing with someone who’s confident and someone who walks into a room and is proud of who they are.”

Ultimately, Tayshia’s Bachelorette journey ended with a romantic proposal from Zac Clark, whom she now lives with in New York City. According to the “Click Bait with Bachelor Nation” podcast co-host, her fiancé is great at helping her maintain healthy self-esteem.

“I am very lucky to have a man who tells me quite often that he loves every single thing about my body. It’s an easy thing to say, but it’s the truth,” she said. “He will come up to me and he’ll just start rubbing my feet out of nowhere and be like, ‘I just love your feet, Tayshia. I just love everything about you.’”

Tayshia gushed further, “He highlights how much he just loves me as a person and I think that has made such a difference in my own confidence in myself.” 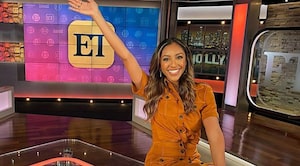