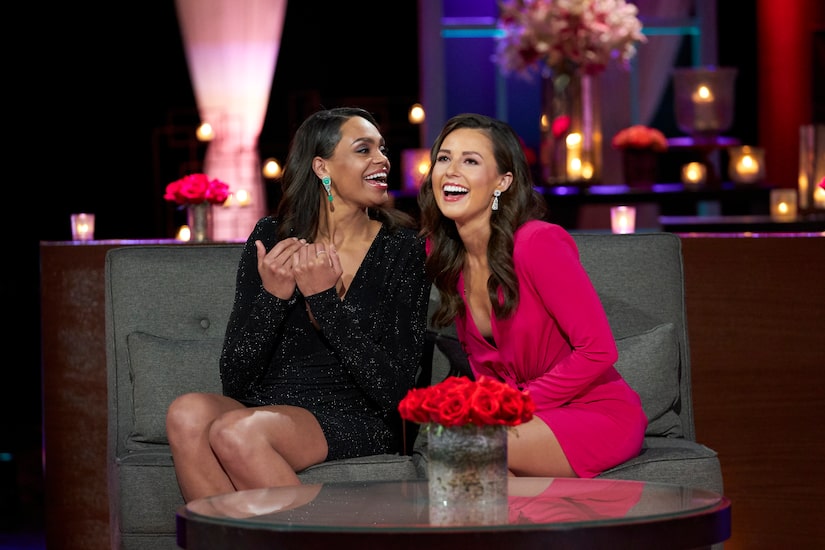 Double the excitement! Both Katie Thurston and Michelle Young were announced as the next Bachelorettes at the end of Monday night’s shocking “After the Final Rose” special, hosted by Emmanuel Acho.

Katie and Michelle were named the stars of the 17th and 18th seasons of the series, respectively, with both individual cycles set to air in 2021. Of course, the news of two “Bachelorette” seasons in one year — a first for the franchise! — delighted fans, who fervently expressed their joy on social media.

But it wasn’t long before notable Bachelor Nation figures also chimed in, sharing their own elation — along with congratulatory messages for the Season 25 standouts.

“All I’m gonna say is, how could you not fall in love with Michelle? Love that girl,” Pieper James said in a video clip on her Instagram Story. “Michelle, love you!”

MJ Snyder was also thrilled to see Michelle take on the role. “So excited for this amazing gal,” she wrote on her Story. “Go get your mans @michelle.young.1!!”

Meanwhile, Sydney Johnson showed major love for Katie. “So happy for @ventwithkatiee!!” she enthused. “From night one, I knew she was one of a kind.”

Alicia Holloway also expressed support for her pal Katie. “@ventwithkatiee IS THE NEXT BACHELORETTE!!!!” she wrote. “I love you!!!”

Meanwhile, “Bachelorette” Season 16 alum Garin Flowers lauded both women. “Extremelyyyy happy for my friend Katie,” he wrote. “She deserves this… as well as Michelle who represented herself so well this season.” 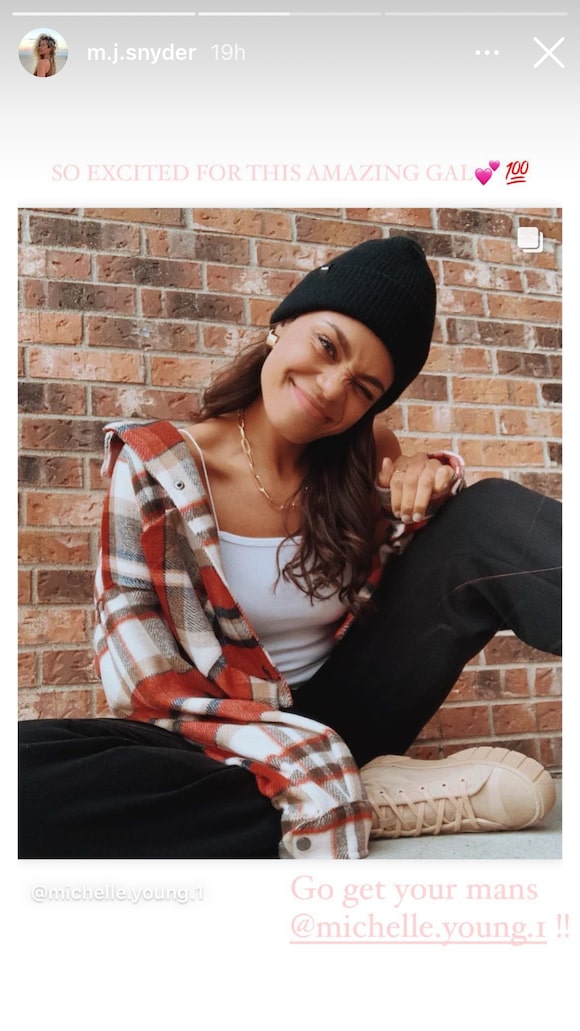 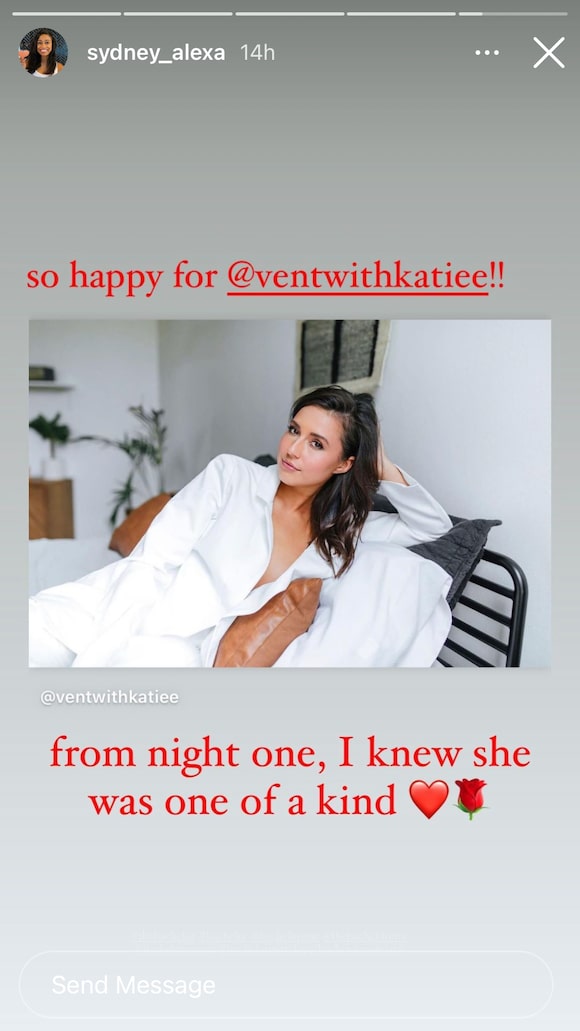 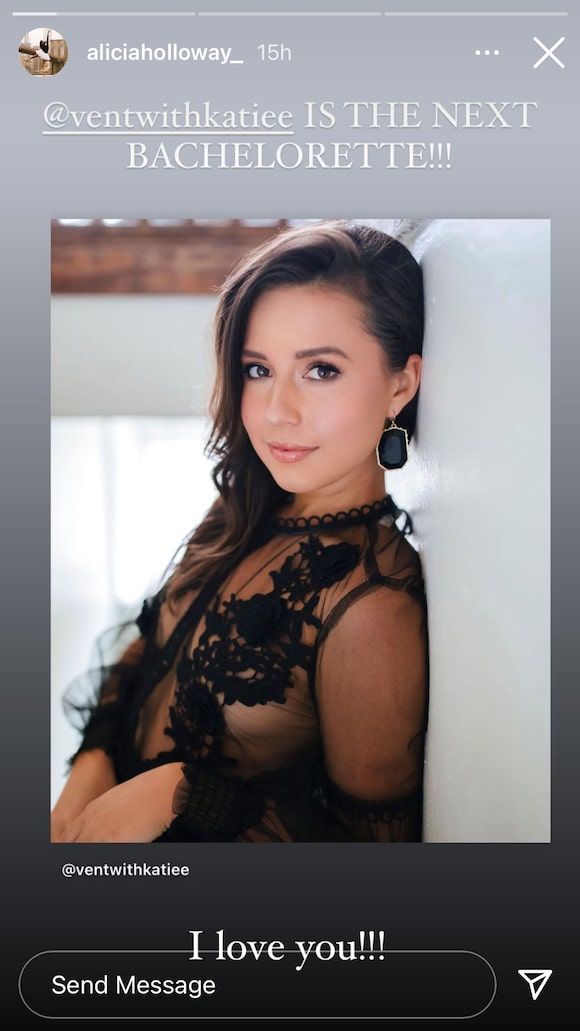 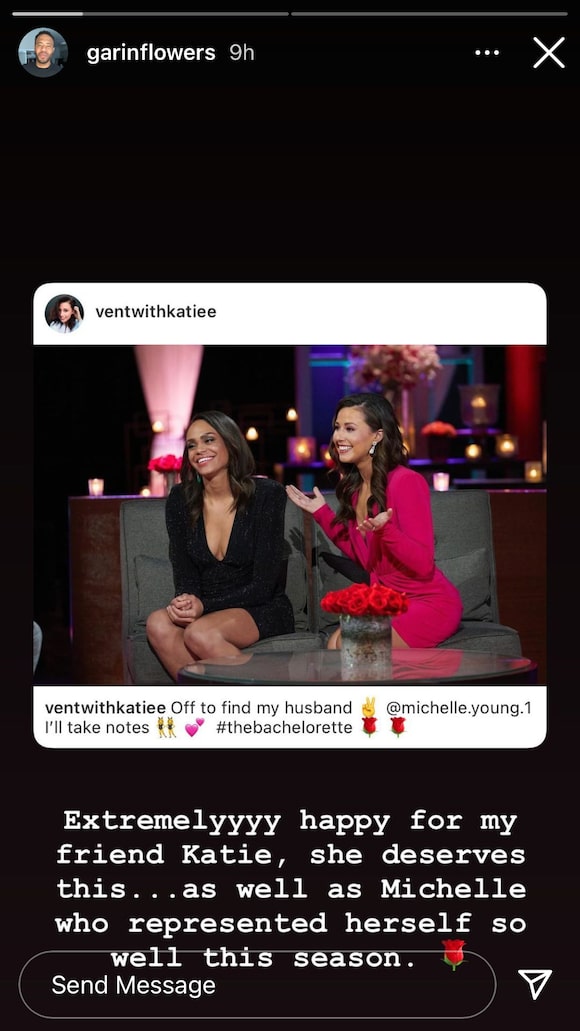 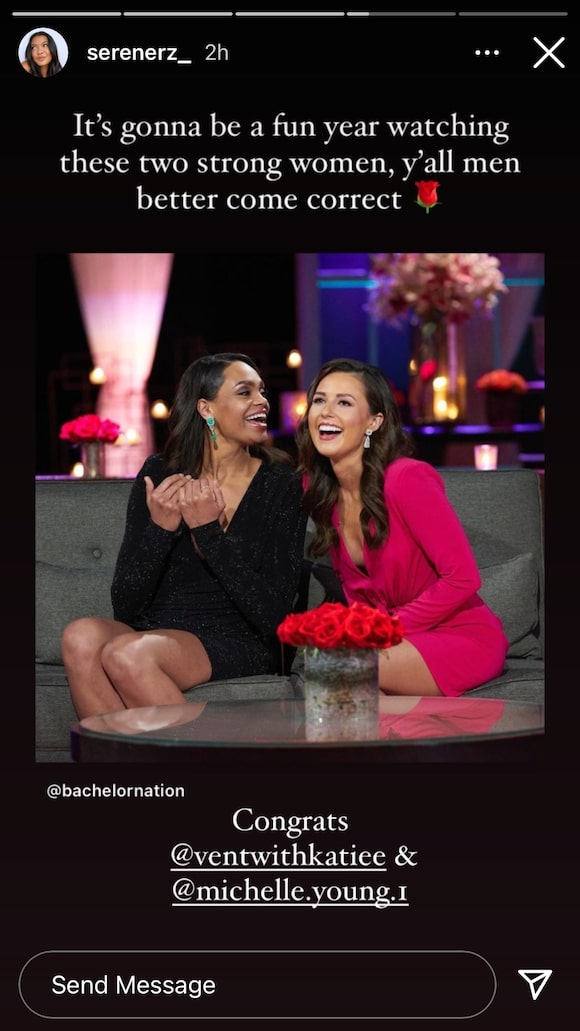 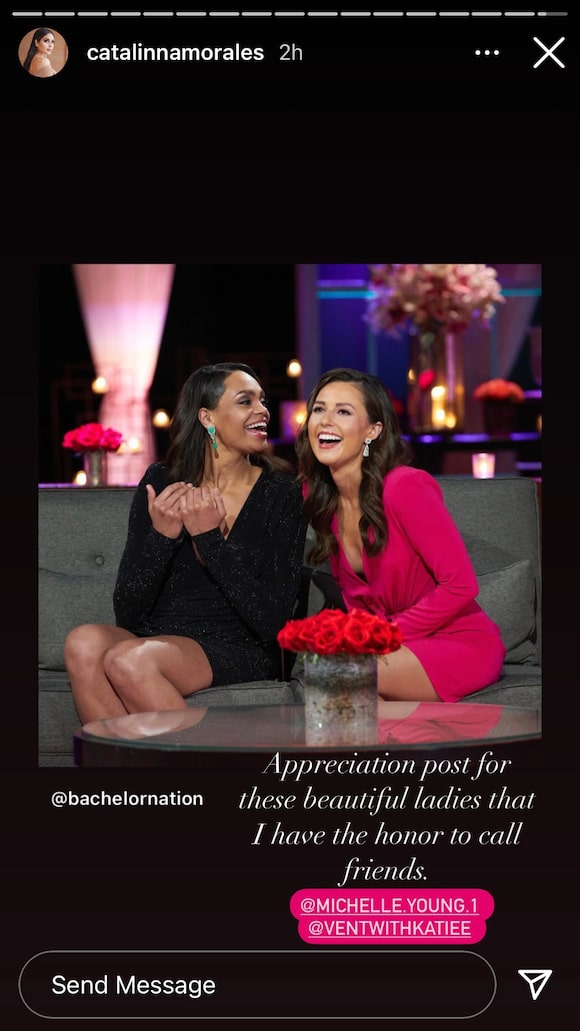 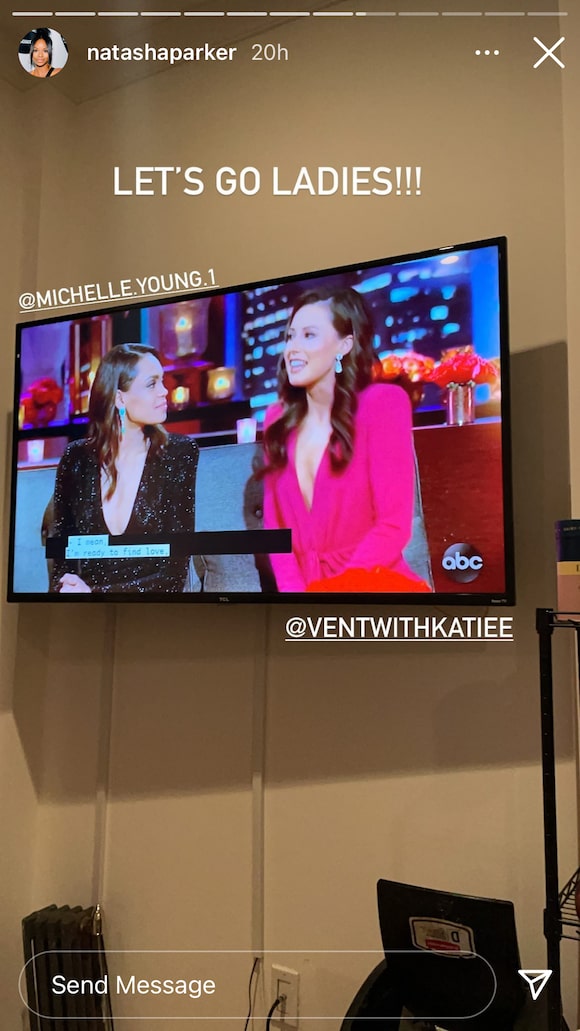