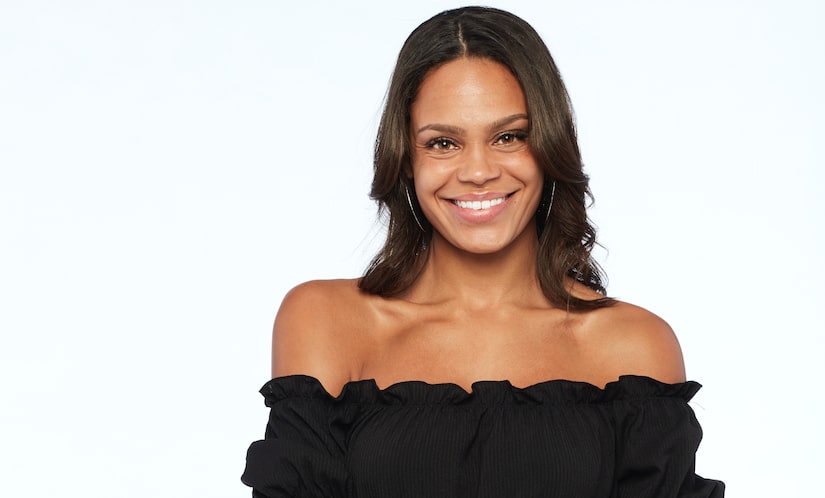 You go, girls! At the end of Monday night’s shocking “After the Final Rose” special, it was announced that “Bachelor” Season 25 standouts Katie Thurston and Michelle Young will lead Seasons 17 and 18 of “The Bachelorette,” respectively. While Katie’s cycle will air this summer, Michelle’s will premiere in the fall.

“I would be lying if I didn’t say when they first told me, I thought we were going to be the Bachelorette at the same time. And, so, I was a little nervous,” Michelle told host Emmanuel Acho.

“But once I found out it was two different seasons, I was here for it,” the gorgeous schoolteacher from Minnesota continued. “I’m excited that I’m going to have somebody to bond over with this and share notes as we go.”

Here, BachelorNation.com rounded up five fast facts about Michelle. Get to know the new Bachelorette better below!

1. Michelle Is a Former Division I Basketball Player

She’s got game! Michelle was on the women’s basketball team while attending college at Bradley University in Illinois. She was on the team from 2011 until 2015 and won more than 12 awards for her skills on the court. Currently, she is the highest scorer in the school’s overall athletic history. Ahead of her basketball career at Bradley, Michelle earned all-state honors for her high school team and was named MVP.

2. Michelle Is a Fitness Fanatic

During a March 16 appearance on the “Bachelor Happy Hour” podcast, Michelle told Becca Kufrin and guest co-host Tayshia Adams that she is looking for a partner who can appreciate her athletic background.

“I’m a very active person. I go to the gym, I lift weights, I stay active, I play on club basketball and kickball and all these different things,” she noted. “Not that you have to be this chiseled, athletic person, but I want you to be able to live a fit lifestyle with me because I think that’s something that can hold two people together.”

Michelle added, “When life gets busy and you both are going to work and you have all these other things going on, being able to go to the gym together and knock out a quick workout is something that I would love to have in my partner. You gotta be able to keep up with me!”

3. Michelle Knows What She Wants in a Husband

Aside from a solid workout buddy, Michelle wants her future husband to be highly motivated.

“The biggest thing I look for in someone is if they have that intrinsic motivation. I’m a very motivated person. I have a lot of goals. I want to make an impact. It’s super important for me to have that in my partner,” she said on “Bachelor Happy Hour.” “You can bring the best side out of each other when you’re with the right person and I love that. But, also, it’s super important for whoever I’m with to come into that relationship with that intrinsic motivation because that’s something that I’m really attracted to — somebody who is not just going to talk the talk but also walk the walk.”

Emotional intelligence is also paramount in Michelle’s search for The One. “Not that you have to be able to perfectly talk about your feelings — but to know what you’re feeling and to be empathetic to the person that you’re with and to be open-minded,” she explained. “Have an argument with someone who’s close-minded and that’s a really difficult situation. Those are the two things that I’m really looking for.”

During her chat with Becca and Tayshia, Michelle revealed that her young students are impressed by her foray into reality TV.

“When I came back from [the ‘After the Final Rose’ taping], I was completely interrogated. They had found out and they had all of the questions in the world. They were like, ‘Ms. Young, why didn’t you tell us?’ And I was just like, ‘Oh, no!’” she recounted.

“They think it’s pretty cool. Their families or their parents watch and have spoken highly of me,” Michelle added. “They’re a little starstruck of me sometimes — but when I give them homework, I whip them back into shape!”

5. Michelle Has a Secret 'Goofy' Side

Though she arrived late to the competition for Matt James’ heart, Michelle captured the Bachelor’s attention — along with the hearts of millions of Americans — with her captivating smile, unmistakable charm, and sharp wit. However, Michelle has a secret “goofy” side that she is looking forward to showing viewers on “The Bachelorette”

“This is a side that people maybe had glimpses of, but I am pretty goofy. I don’t get embarrassed easily. I am constantly laughing at myself. I don’t really take life too seriously, but I can have serious conversations. I think America might see my goofy side come out a little bit more,” she said on “Bachelor Happy Hour.” “They saw glimpses of it in the bloopers — but, yeah, I like to joke around.” 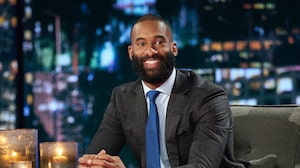