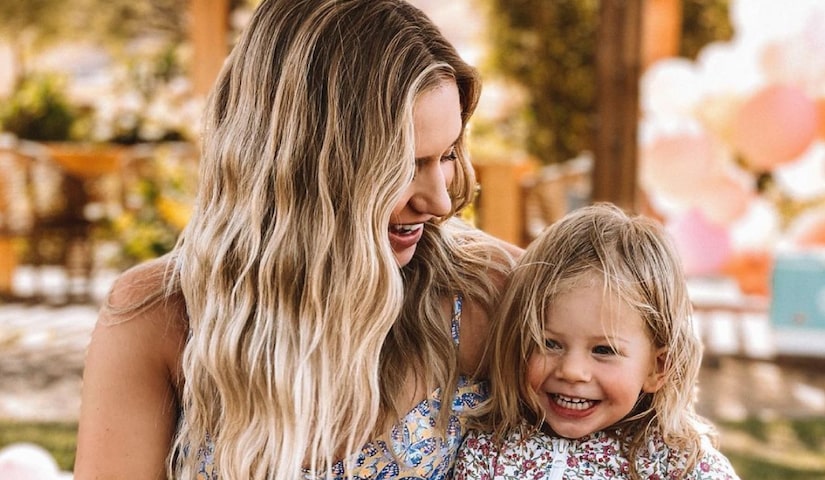 Before Lauren Burnham Luyendyk welcomes twins with husband Arie Luyendyk Jr., the pregnant franchise star is making the most of the alone time she has left with the couple’s 23-month-old daughter, Alessi.

“Soaking up all the extra time w/ my bff before we have a couple more,” Lauren wrote via Instagram on Sunday, accompanied by an adorable photo of herself and Alessi spending time together outside.

The Shades of Rose founder’s sweet post comes weeks after she treated Alessi to an early birthday bash that featured a magical unicorn ride. As Lauren noted, this year will be Alessi’s last birthday sans siblings. (She officially turns 2 on May 29.)

“happy early bday to my little butterfly princess. last one as an only child so had to do it up,” Lauren wrote at the time, accompanied by a slideshow of snapshots from Alessi’s dreamy fete at her family’s home in Scottsdale, Arizona.

Lauren and Arie — who met and fell in love on Season 22 of “The Bachelor” in 2018 — are anticipating the arrival of a son and daughter in June.

During a recent interview with Us Weekly, Lauren — who announced her pregnancy in December following a devastating miscarriage in May 2020 — said that she can’t wait to see Alessi step into her new role as a big sister.