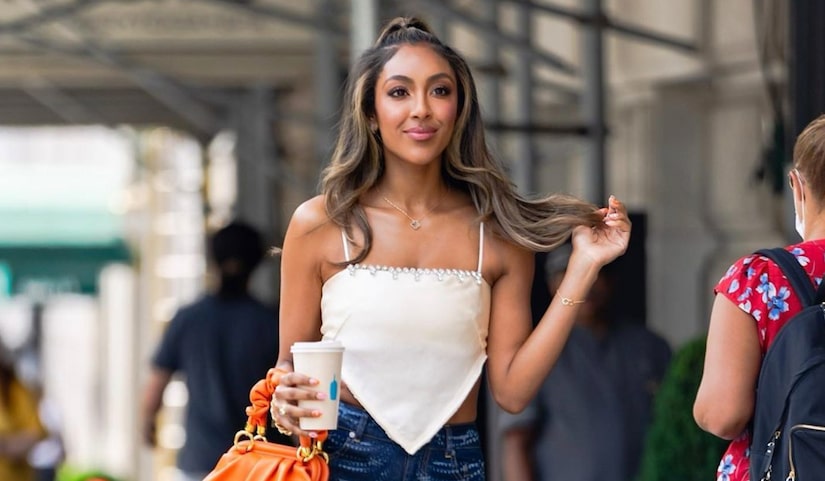 You better work, Tayshia Adams! The Season 16 Bachelorette took to the streets of New York City on Thursday to show off her impeccable street style.

Using Manhattan as her personal catwalk, Tayshia — who resides in the Big Apple with fiancé Zac Clark — turned heads in a sexy 2000s-inspired ensemble comprising pieces from the luxe clothing brand Area.

The franchise star — who is currently serving as co-host of “The Bachelorette” Season 17 alongside Kaitlyn Bristowe — strutted her stuff in a cream crop top sparkling with jewel embellishments paired with cuffed crystal-printed bootcut jeans. She accessorized her look with a vibrant orange handbag and strappy stilettos. 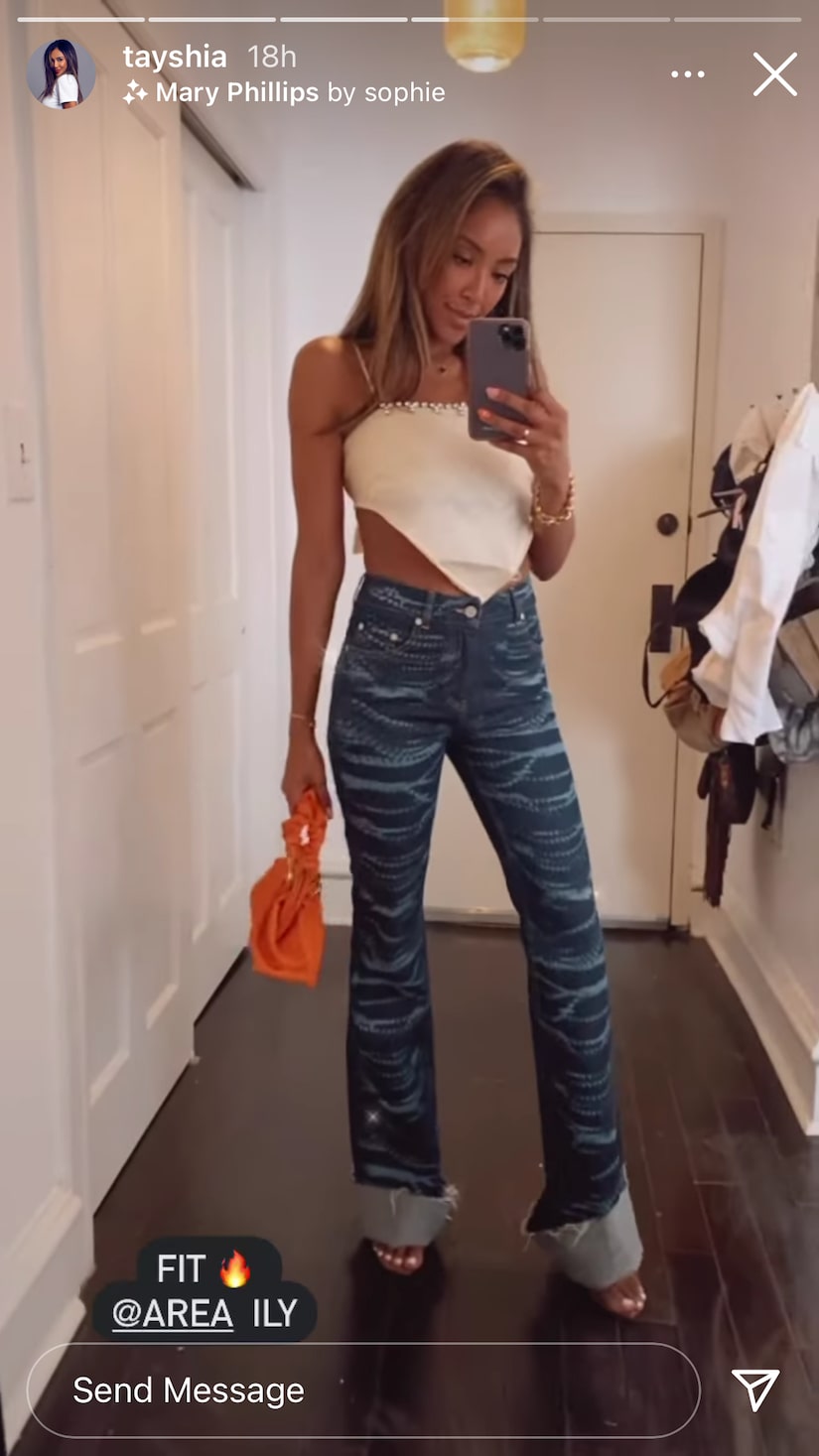 As for her glam, Tayshia wore her hair in a wavy half-up ponytail while her skin glowed in minimal makeup. Clutching a cell phone and cup of coffee in her brightly manicured hands, Tayshia’s it-girl aesthetic looked as if it was ripped straight off the fashion pages of an early aughts celebrity news magazine.

In a recent interview with BachelorNation.com, designer Randi Rahm — who has created couture gowns for countless Bachelorettes for more than a decade — explained why she loves working with Tayshia and lauded her sartorial taste.

“With Tayshia Adams, you could put a paper bag on her — she can carry it and wear it because she’s blessed with a certain height and stature,” said Randi. “God, I love working with her. She is such a beautiful girl and has great style.” 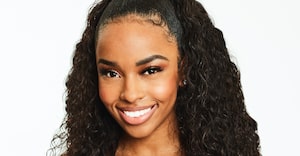 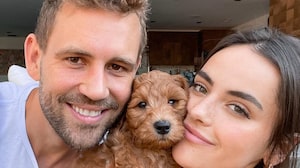 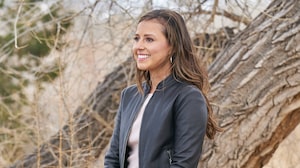 She's in Control! Katie Thurston Offers a Stern Warning to Her Men in Latest 'Bachelorette' Teaser 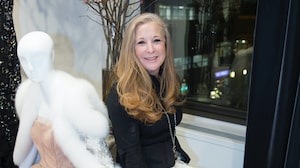