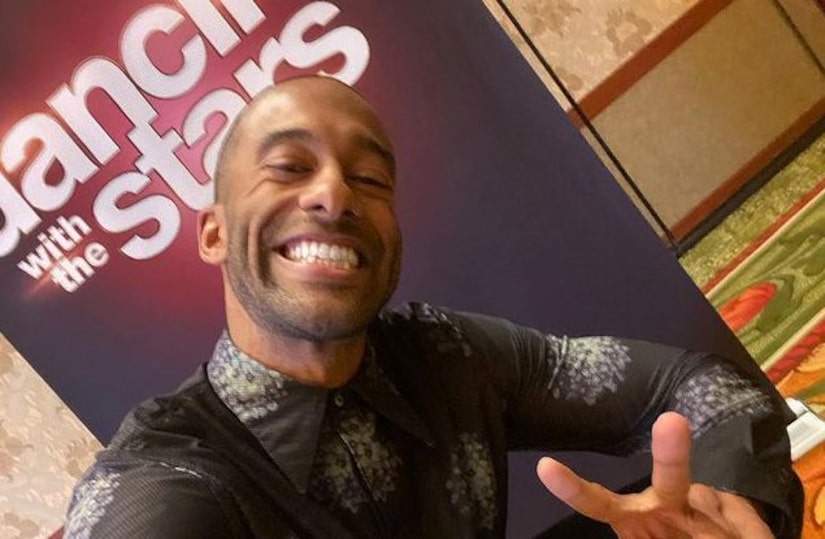 Earlier this week, it was announced that former Bachelor Matt James is joining Season 30 of “Dancing with the Stars.”

Bachelor Nation got a taste of Matt’s moves back when he performed a TikTok dance for contestant Magi Tareke during “The Bachelor” Season 25. And while fans thought Matt’s footwork was hilarious, he’s ready to take his skills to the next level on “DWTS.”

Matt first shared the news on Instagram this week as he posed with a few of his fellow “DWTS” cast members, Olympic gold medalist Suni Lee and YouTuber Olivia Jade.

He followed up with another post that showed off some of his dancing skills, writing “When asked if I have any ‘dance experience’.. @dancingabc.”

Matt included the crying/laughing and dancing emojis alongside his post, but his “DWTS” castmates showed him some love in the comments anyway.

Peloton instructor Cody Rigsby wrote “Go off!” Olivia Jade said “u should definitely incorporate this into ur performance,” and “The Talk” co-host Amanda Kloots added, “Hahahaha omg so fun Matt!”

Matt’s girlfriend Rachael Kirkconnell also took to her IG Stories to show him some love. She shared videos of him dancing and wrote, “This AMAZING dancer is so honored to join the cast of Dancing With The Stars. I’m so excited for you and so proud of you already. The other teams don’t know what’s coming! @mattjames919.”

Matt reposted Rachael’s videos on his Stories and shared yet another video showing off more moves.

Seems like this Bachelor Nation star is ready to go for the Mirrorball Trophy, and we can’t wait to watch! He officially hits the dance floor when the show premieres September 20.