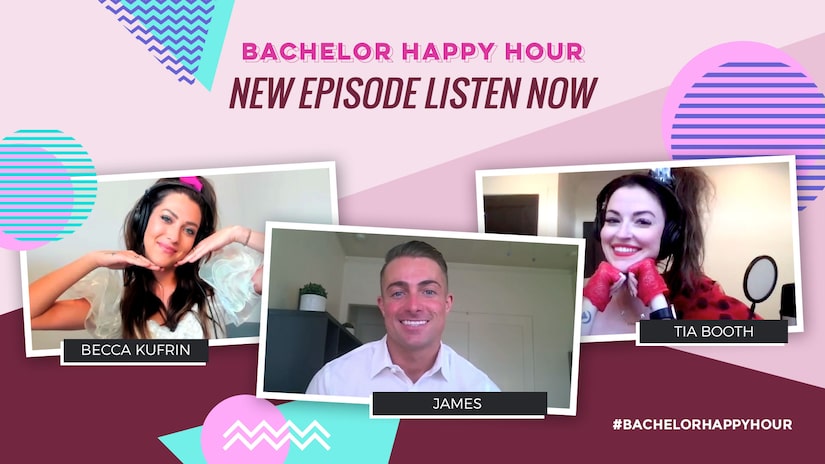 While there have been breakups, makeups, and everything in between on the beaches of “Bachelor in Paradise” this summer, one relationship has been going strong through it all — the bromance between James Bonsall and Aaron Clancy.

These two came in as friends from Season 17 of “The Bachelorette” and they both currently live in San Diego, but we really got to see their friendship flourish on the beach during Season 7 of “Paradise.”

Through the ups and downs of their own relationships and drama, these two have stuck by each other’s sides as best friends no matter what.

James stopped by this week’s episode of the “Bachelor Happy Hour” podcast to discuss everything from their bromance to how he felt when Aaron went in for a kiss with Tia Booth after James previously had a relationship with her.

As fans know, Tia was hosting “Bachelor Happy Hour” alongside Becca Kufrin, so they got into how both she and James felt about Aaron making a move.

James said, “There’s no hard feelings there because Tia and I both were aware that we were fizzling out at that point and the rose that she gave me was, I won’t call it a friendship rose, but just an acknowledgment of ‘Yes, I know you’re here for the right reasons.’”

Tia agreed that she and James both knew they were going their separate ways at that point, and James added that Aaron actually consulted him before pulling Tia aside at “Paradise” Prom.

“Aaron was like, ‘Hey, look, Tia and I started as friends, we get along, but I’m starting to develop something beyond that. Are you okay with that?’ And of course I was. Aaron is like a brother to me, and I want what’s best for him. I want him to find love, so he came to me and I was more than happy to have him pursue that. I think him and Tia would be a great match,” James explained.

And while Becca and Tia agreed it was nice Aaron spoke to James before making a move, they both noted that Aaron should’ve also spoken to Chelsea Vaughn, who he was developing a relationship with.

James explained that even amid all the drama Aaron was involved in with Chelsea, Ivan, Thomas, Tammy, and others, he always wanted him to know “he had a brother in me that’s gonna support him through anything.”

The Bachelor Nation star told Tia and Becca that he doesn’t think he or Aaron would’ve made it as far as they did in “Paradise” without each other’s support.

“Without each other on ‘Paradise,’ we both probably would’ve crashed and burned because to have that person to just go and vent to and have that friendship at the end of the night where you can just unwind and destress, I probably would’ve lost my mind without him there,” James said.

Tia responded jokingly, saying, “Well, I’m glad someone found love in ‘Paradise,’” and James replied, “Joke’s on everyone. Me and Aaron actually had a predetermined relationship before Paradise.”

To hear more of James’ conversation with Becca and Tia, check out the latest episode of “Bachelor Happy Hour” below. 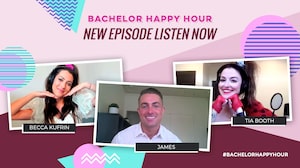 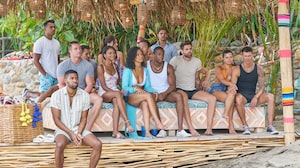