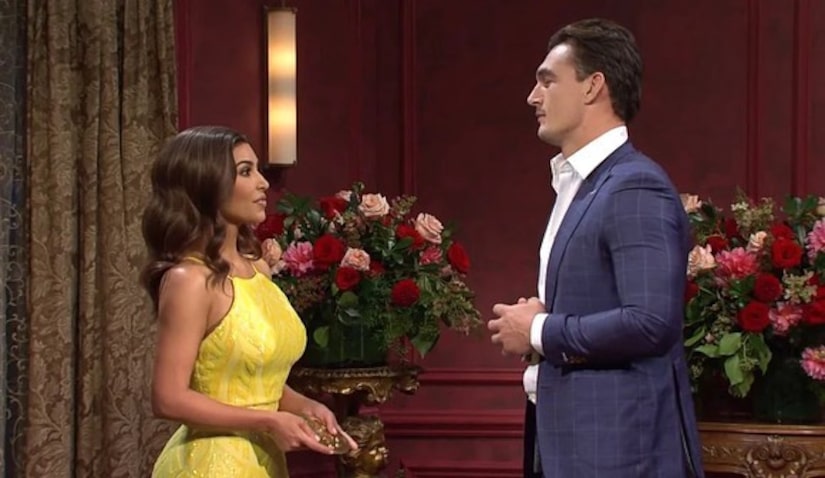 Fans first met Tyler Cameron on Season 15 of “The Bachelorette,” and while things didn’t work out between Tyler and Hannah Brown romantically, his career has taken off since his time on the show.

Tyler has gone on to write a book, rub shoulders with A-list celebrities, star in major modeling campaigns, and make cameos on TV shows like “Single Parents” and now, “Saturday Night Live.”

Over the weekend, Tyler appeared in an “SNL” sketch called “The Dream Guy,” which was a parody of “The Bachelorette.”

In the sketch, Kim Kardashian West, aka Rochelle, handed out “tokens of her love” to eligible suitors made up of a group of major celebs. 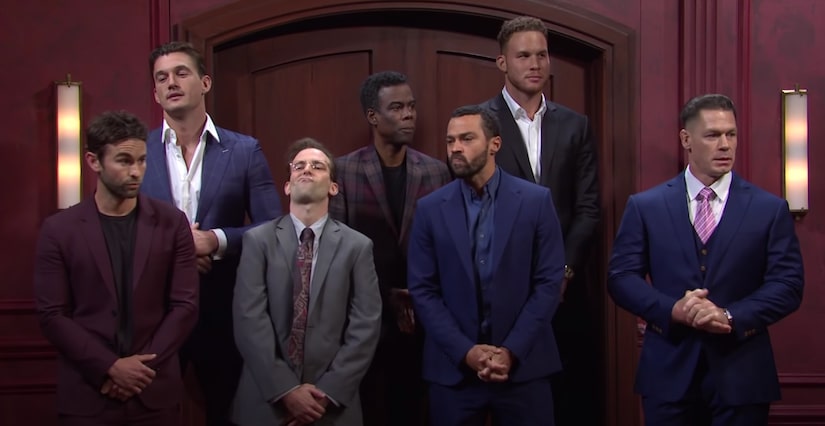 When Kim asked Tyler if he would accept her token, she said “Tyler, thank you so much for showing me your perfectly hot body. That was really vulnerable of you. Do you accept this token?”

Tyler responded, “I do, Rochelle. Thank you, and I’ll see you in the hot tub.”

The Bachelor Nation star took to Instagram the following day to share some photos from the epic experience, writing, “So I did a thing last night... so much fun joining Kim on her big night on SNL! Being vulnerable pays off! See you in the hot tub.”

Many of Tyler’s fellow Bachelor Nation stars flooded the comments of his post to share their reactions to his “SNL” cameo.

So fun to see Tyler in this hilarious sketch! To watch his entire “SNL” cameo, check out the clip below. 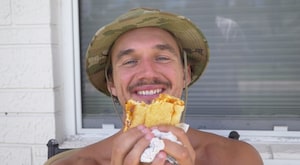 Here's What Tyler Cameron Eats in a Day 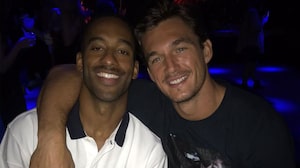