The drama continues to heat up!

On this week’s episode of “The Bachelor,” fans saw the Shanae drama unfold even further, even after she apologized to the group.

Clayton decided to keep Shanae at the Rose Ceremony and she was put on a two-on-one date with Genevieve.

Fans saw the beginning of their date, but the episode ended with a “to be continued,” so we’ll find out how the date ends next Monday.

In the meantime, the trailer for next week’s episode gives us a tease of how the rest of the two-on-one date goes.

Shanae is seen talking to Clayton about Genevieve, saying, “Last night, she wanted to go home and pack her bags.”

Genevieve is seen in tears while talking to the Bachelor, and Shanae says she is “so acting right now.”

Clayton says, “One of these women is lying to my face,” and questions whether Genevieve is an actress who’s lying to him.

The tease ends with Shanae saying, “Getting this rose tonight is going to feel better than sex.”

But that’s not all we got in this week’s teaser. It also teased the remainder of the season with dramatic, never-before-seen footage.

Love was in the air as Clayton is heard saying, “I came here to find love and it’s here. Every moment I spend with her is never long enough,” and “You have everything I’ve ever wanted, and what we have is special.”

But things take a turn when Clayton says, “I didn’t believe it could happen, but I’m in love with three women.”

Through tears, Rachel is heard saying, “You can’t be in love with three people, you just cannot.”

And the drama reaches a climax when Clayton is seen saying, “This is exactly what I was afraid of. She f*cked it up for everybody and that was the last person I expected to do it. I’m giving you everything, don’t f*ck with me. Did you just play me this entire time?”

He storms off, saying, “I need to get out of here. I had no idea this was going to happen,” before adding that he’s “so broken.”

Catch all the love and all the drama on “The Bachelor” on Mondays at 8 p.m. on ABC or stream the episodes on Hulu. 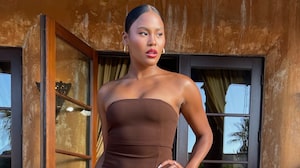 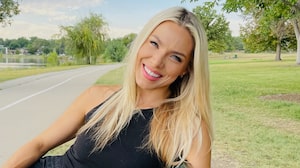 'The Bachelor’s' Elizabeth Discusses How her ADHD Affected her Growing Up, Plus: Where She Stands with Shanae Today