Tensions are at an all-time high among the remaining women competing for Clayton’s heart!

On this week’s episode of “The Bachelor,” Shanae and Genevieve’s two-on-one date with Clayton came to a close after Clayton explained his decision to give his rose to Genevieve, telling them, “The rose today is going to somebody who helped me see the truth in all of this.”

Later on, Mara became visibly upset that Sarah received her second one-on-one date of the season and confronted Clayton about focusing on women who have been “openly vocal” about their concerns in regard to getting engaged in two months.

After Mara admitted Sarah is one of the women who is “not fully ready” to get engaged, Clayton addressed his concerns during his one-on-one date with Sarah.

Sarah tearfully expressed her shock about the claims against her, and assured Clayton, “I absolutely see myself being able to be engaged at the end of this.”

Clayton was convinced that Sarah was being honest and offered her his rose.

Meanwhile, the trailer for next week’s episode teases increasing tension between Sarah and Mara, as well as the rest of the women.

Genevieve is feeling extremely confident about her date with Clayton and appears to rub the rest of the house the wrong way, telling her confessional, “Someone thought that this would take me down. If I’m ‘shining,’ how is that my fault?”

Mara notices Sarah’s demeanor and says, “Sarah’s walking around like she’s already got this in the bag.”

Clayton can also be seen talking to an unknown woman following what appears to be a group date, in which she warns him about “one girl who is performative.”

The tease ends with Sarah in tears, claiming she wants to leave, while Mara confronts her to say, “You’re getting a little sloppy, and it’s showing.”

Emotions continue to flow in the remainder of this week’s teaser as Rachel worries, “I’m getting to the point where this is affecting me seriously,” while Gabby adds, “It feels like we don’t have a chance.”

Clayton can also be seen shouting, “I’m falling in love and it feels so good!”

He then admits to falling in love with three women when the teaser cuts to another confession as Clayton tells his two remaining women, “I was in love with her, and I am in love with each of you. And I also was intimate with both of you.”

Tears begin to flow as one woman can be heard saying, “I really thought it was special, and it wasn’t.”

Clayton’s honesty backfires as he tearfully admits, “I wish I never would’ve fallen in love. I’m so broken,” just before the teaser ends.

Catch all the love and all the drama on “The Bachelor” on Mondays at 8 p.m. on ABC or stream the episodes on Hulu. 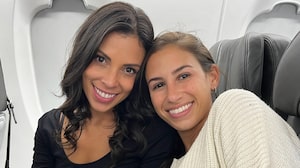 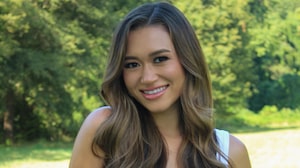 20 Questions with Sarah: Find Out Where She Sees Herself in 5 Years, Plus: Which Bachelor Nation Couple She Thinks Is #RelationshipGoals