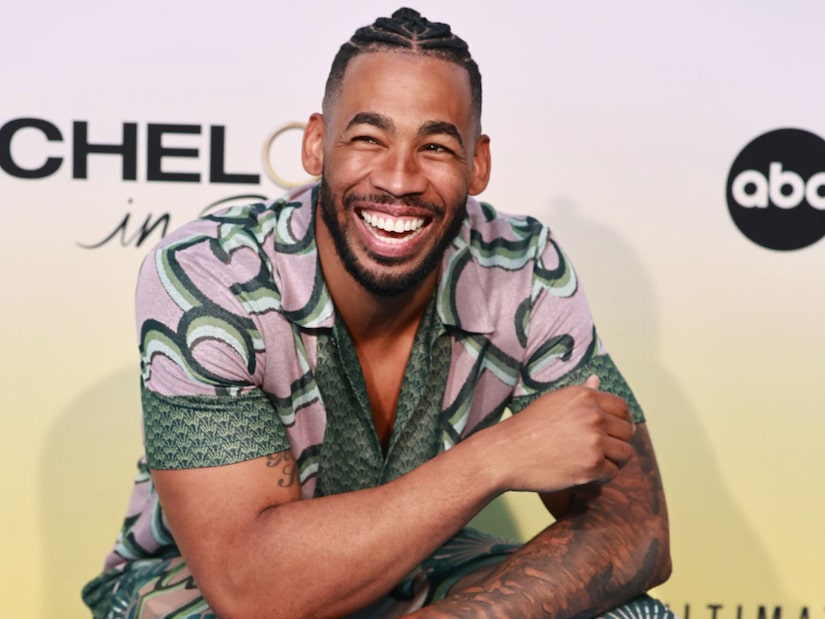 Since his time on the shows, Mike has gone on to write his own book, executive produce and create a show, give a TED Talk, and so much more.

Now, he hosts one of our very own beloved podcasts, “Talking It Out with Bachelor Nation,” where he and Bryan Abasolo discuss uncomfortable topics and unconventional viewpoints, and have thought-provoking conversations.

In our exclusive interview, Mike opens up about his decisions to move to Mexico and to become a certified sex coach, and what he’s looking forward to in the rest of 2022.

Check out our full conversation with Mike below!

Bachelor Nation: Thank you for chatting with us, Mike! Let’s start off by talking about your podcast. Have there been any standout favorite guests on “Talking It Out” so far this year?

Mike Johnson: Thank you so much for having me, Bachelor Nation! Yes, one of my favorite guests so far this year was Justin Sylvester. He’s just friggin’ awesome. He’s an Emmy-nominated host on E!’s “Daily Pop,” and so many other things. He’s just really transparent, extremely vulnerable, and does it all in such a funny way that’s relatable. So I really loved having him for his vulnerability and just for being himself. He doesn’t give a damn what people think of him and is such a great leader.

BN: Yes, we loved that episode as well! What about any dream guests you’d love to have on the podcast at some point?

BN: Oh, absolutely, those would all be incredible conversations. Now that it’s been a few years since you’ve been on a Bachelor Nation show, what would you say is the biggest lesson you’ve learned since your time on the shows?

MJ: I remember when I first started on “The Bachelorette,” one of the producers told me that my life is going to change forever. I thought he was lying, but he wasn’t lying. I am still so incredibly humbled that I even still get asked to do interviews like this. It is genuinely awesome. But the biggest thing I’ve learned and taken away is that as humans, we’re terrible at math. And what I mean by that is, we can have five comments on one of our posts and two of the five are bad. We only pay attention to the two negative comments instead of paying attention to the three positive ones when three is greater than two. Most people just care about the two. So I’ve learned what all of our mothers, fathers, and caretakers taught us: You will have haters. That is real. It’s extremely real. But if you learn to do the math properly and look at the greater number of positive comments, it’ll help out so much more.

BN: That’s a great point and a lesson everyone can definitely learn from. Do you have a favorite memory from your time as a member of Bachelor Nation?

MJ: There’s one special moment that comes to mind. I was at a Post Malone concert in Dallas and when I go to a concert, I like to turn up. I don’t try to be all cute or like an influencer. I’m gonna be in the mosh pit doing the most. If I get recognized, it’s cool, but I’m doing my thing. But at the Post Malone concert, this guy came up to me and he was crying. Originally, I thought something was really wrong so I sobered up really quick and asked how I could help him. Then his wife came up to me and she was crying too. I was so concerned, but then he told me that she was going through chemo while watching my season of “The Bachelorette.” He told me that after watching me just be myself and be silly and authentic on the show, it reminded her to find the good in things. At that very moment, I realized that people do pay attention to the things we do and the show brings people a lot of joy. I helped her stay strong through her chemo battle without even knowing it. She came out on the other side, which is so beautiful, but to me that was the most amazing thing that has come from the show for me. I was just being myself and being absurd and it really resonated with her.

BN: Wow, that is such a special story. Thank you for sharing. What an incredible memory. Okay, also, a couple weeks ago, you teased on Instagram that you did a TED Talk at Emory. Can you give us a little info on what that was about?

MJ: Yes, I did give a TED Talk. It’s not out to the public just yet; it’ll come out later this summer. It’s about the correlation between mental health and sexual health, which is really important to me. Not a lot of people know, but I am a certified sex coach. I feel like I may get a lot of hate once I start talking about that more and more, so I decided to be proactive. I decided to not only get the certification but also write a book and do a TED Talk. I wanted to do something that people couldn’t hate on as much because it has a lot of educational merit. I am extremely educated on this topic, and if you read my book, you know what I’m talking about.

BN: That’s amazing. We can’t wait to watch your TED Talk once it’s out. You also recently moved to Mexico. Can you tell us a little about that decision?

MJ: I have been blessed to live all over the world. I’ve visited multiple countries, and I’ve lived in multiple countries for three months or more. My old roommate — who I know from the show — Connor Saeli and I were living together, and our lease was up in October. I found a new apartment in Austin, Texas, but the lease didn’t start for another month. My goal was to spend that time seeing as much family as possible. I wanted to literally breathe, hold, touch, cry, and laugh with my family as much as possible, which I did. But then as I started to think about my next apartment, I thought about how I always have wanted to learn Spanish. I’m in a unique position right now where I don’t have a partner or kids, but I’m financially blessed. So I took the opportunity to learn Spanish and do it in a way that I know would actually work. I’ve tried Duo Lingo and Babel and those apps, but on those you can easily give up. I wanted to fully immerse myself and focus on Spanish, so I moved here. I also think that living in another country for a period of time is humbling. You will have more respect for other human beings and the way they do things. And lastly, it’s saved so much money living here!

BN: That’s awesome and definitely the best way to learn a language. Do you know how long you plan to live in Mexico for?

MJ: I genuinely do want to start a family and find love, and I don’t feel like being here I’m putting myself in the best position to do that. If I met a girl here, it would be tough because I know I want to plant my roots in America. So I’m moving back to the States at the end of this month. For the first time in my life, I’m signing the longest lease I’ve ever signed — I’m going to be staying put for at least 18 months.

BN: Well, we hope you meet that special someone soon, then! Speaking of dating, is there a piece of dating advice you’ve received that’s really stood out to you?

MJ: The best piece of dating advice I’ve gotten is that the person that you decide to marry will be 90% of your happiness or misery. Also, it’s important to always be extremely honest with your partner and yourself. If you are completely transparent with yourself, you’re better suited to navigate situations with your partner.

BN: That is some great advice. Has your dating life changed since before going on the Bachelor Nation shows?

MJ: One of the biggest things I’ve noticed is more judging. The girls that I’m attracted to now scrutinize me ten times more. They think because I have a blue checkmark on social media that I can just get any girl I want, but I’m like, “But I’m trying to date you!” So that has been tough. Also, people judge me based solely on my social presence. Like online, I’m usually an extremely happy guy, but I also have no problem being vulnerable. People think I may not like them based on what they see of me online, but there’s a lot more to me than just that. It’s about if our energies match in person. And then on the other side, there are some positives too. Like, I’m not going to deny it — there are a lot more beautiful ladies that want to say hi to me now too.

BN: That all makes sense. Do you feel like at this point you’d rather have a relationship with someone who’s out of the public eye versus someone who’s more in it?

MJ: I would say I don’t have a preference, but there’s an asterisk to that. One woman I dated post-show that no one knows I dated told me something that really stuck with me. She was very popular online, but she said that she values privacy, not secrecy, and I really believe in that. So that’s one big thing I’d want from someone regardless if they were well known or not. And the second thing is that when I’m with you, I don’t want the phone to be with us. When I’m with someone, I’m with the individual. I don’t need phones around. That’s a big thing for me as well. So I don’t care if she’s big on social or a totally private person. I’m really good with either.

BN: Totally! Last question, is there anything you’re looking forward to in 2022 you’d like to share with us?

MJ: When it comes to looking forward to specifics, I saw something on TikTok that said to be wary of your desires because your desires can actually bring sadness. Like, once you hit that desire, you have to go to the next desire, and I’m extremely happy where I’m at today. But with that said, I do have some things I’m looking forward to. I’m a mentor in the Big Brothers Big Sisters organization, and this week is my mentee’s birthday. I’m really excited to go see him this coming weekend. He’s turning 15 years old, so I’m really excited to go catch up with him. I’m also really excited to buy two businesses this year, which will help me get closer to financially retiring my mother. And lastly, I’m extremely excited to be going on a vacation with my homies. I’m going to be the fifth wheel, but who knows, maybe I won’t be the fifth wheel by then! I just always look forward to spending time with the people I love and care about because tomorrow’s not promised.

BN: That’s really beautiful. Thank you so much for your time, Mike! We’re looking forward to all of that for you as well. 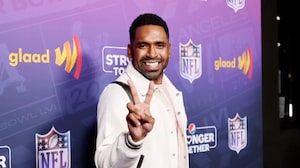 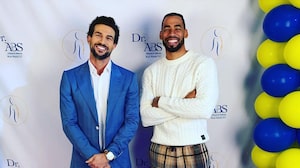