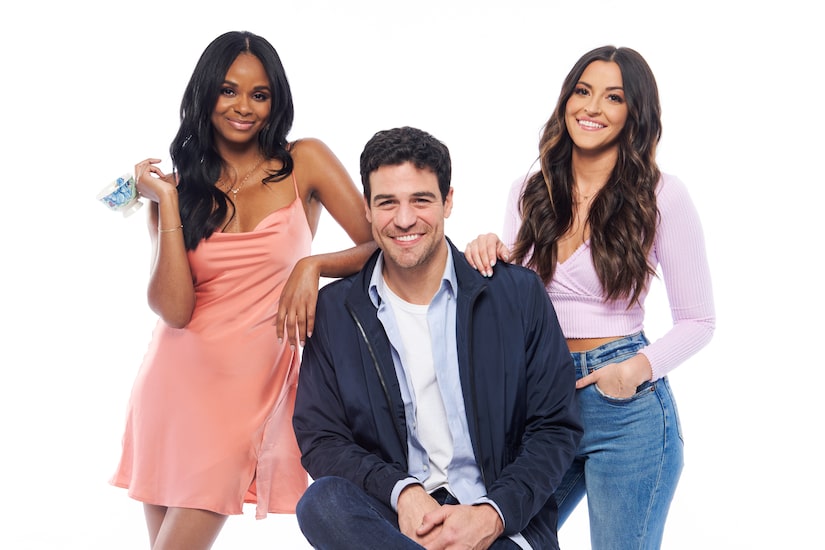 As Season 8 of “Bachelor in Paradise” unfolds, many of the cast members on the beach are discussing drama and relationships that took place before hitting the beach.

This has happened more and more over the years, and now the “Click Bait with Bachelor Nation” co-hosts are dishing on cast members meeting and dating before heading to Mexico.

Joe Amabile started off discussing the drama that has unfolded on Twitter this week due to potential relationships prior to “Paradise.”

He said, “Justin and Kira started beefing on Twitter because he was saying that she wasn’t at Stagecoach and doesn’t know what she’s talking about. But Kira clapped back and said she was there with Salley and talked to him and she shared the photo of them both in the pool together.”

Tia Booth agreed, saying the tweets are what really blew this story up, because it wasn’t that big of a deal on the show itself.

Natasha Parker chimed in, adding, “You guys know Justin is my guy and I know his humor and I’m just wondering if he was just like, were we even with each other? Like, how could you speak on it? Watching the show, Kira made it seem one-sided like Justin was all over Salley, not like Justin and Salley were going at it. When I read the Twitter thing, I didn’t think he was that serious.”

And while Joe came to Kira’s defense, saying she may have given Genevieve more context that just didn’t air, he also has a bone to pick with all these cast members hanging out off-screen.

He said, “Here’s what I’ll say. If you go on ‘Bachelor’ or ‘Bachelorette’ and you never wanna go on a show again, then hang out with whoever you want. If you go on one of these shows and you plan on going to ‘Paradise,’ stay away until you go on ‘Paradise.’ This is the sh*t that always happens.”

Tia noted that Stagecoach is only two months before “Paradise,” so people should just hold off on meeting and wait to meet in Mexico.

Natasha agreed with her co-hosts and said, “This is what I wanted to talk about. Watching these last two episodes, I think we have to get to a point where we realize it’s impossible that people won’t talk or meet each other before the show. I think this is what happened with Andrew and Teddi. They probably DMed and there was so much anticipation.”

She went on, saying, “They never met in person. At this point, everyone talks about people meeting. It’s a new wave of happening. I remember being at Gov Ball and a bunch of people were at Gov Ball, and you just migrate to each other if you’re in the same place. You also have to live your life. It’s very interesting.”

Joe said he thinks the anticipation and buildup from talking to Andrew before the show is probably why Teddi left when she didn’t feel a romantic connection.

So Joe proposed a solution because the co-hosts agreed that it’s unrealistic to expect that Bachelor Nation stars won’t meet each other off-screen.

He said, “The way to go about this is in the opening package for ‘Paradise,’ you say, ‘Okay, so before I went on the show, these were the people that I was interested in, this is who I’m talking to and this is who I hope to see because I want it to keep going.’ I guess everyone should just be upfront and honest about it. Otherwise it’s just he said/she said, and it gets messy.”

What do you think of this idea? Let us know down in the comments. And to hear more of the “Click Bait” co-hosts’ conversation, check out this week’s full episode below. 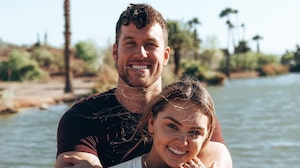 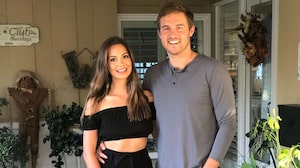