Tyler Cameron has some ideas about who should be handing out roses on the next season of “The Bachelor.” According to People magazine, the 26-year-old has his hopes set on a few people — one in particular.

Ever since “The Bachelorette” concluded, Tyler’s been spending lots of time in New York City. His regularly documented activities include running (he’s training for a marathon), eating and venturing out with his close friend Matt James, and working with Matt’s organization, ABC Food Tours.

Apparently, Matt is single and Tyler wouldn’t mind seeing him greeting women in the driveway of Bachelor Mansion. Tyler told People, “I can’t wait to watch him next year.”

It turns out Tyler isn’t the only one who wants to see his pal on the show. “I know my mom signed him up,” he shared.

While the model has high hopes for Matt, there are also some fellow Bachelor Nation members that Tyler wouldn’t mind seeing as the leading man. As most people and fans of Hannah Brown’s season of “The Bachelorette” have said (including Hannah herself), Tyler likes the idea of either Peter Weber or Mike Johnson as the Bachelor. He called them both “incredible” guys.

He then threw out someone else’s name who had a quieter role throughout the season: Dustin Kendrick. “I love Dustin. I think Dustin got really overshadowed, but he’s like the sweetest guy ever,” Tyler told People. “We’re running the Chicago Marathon together, and I am a huge fan of Dustin. You can’t go wrong with any of those guys.”

Although he was the runner-up, it seems like Tyler’s chances of being the next Bachelor are pretty slim. After all, he has been seen out on dates with supermodel Gigi Hadid several times.

About a week after the finale of “The Bachelorette,” Hannah talked to Ali Fedotowsky-Manno and Rachel Lindsay (now Abasolo!) on an episode of “Bachelor Happy Hour” about her thoughts for next season of “The Bachelor.” 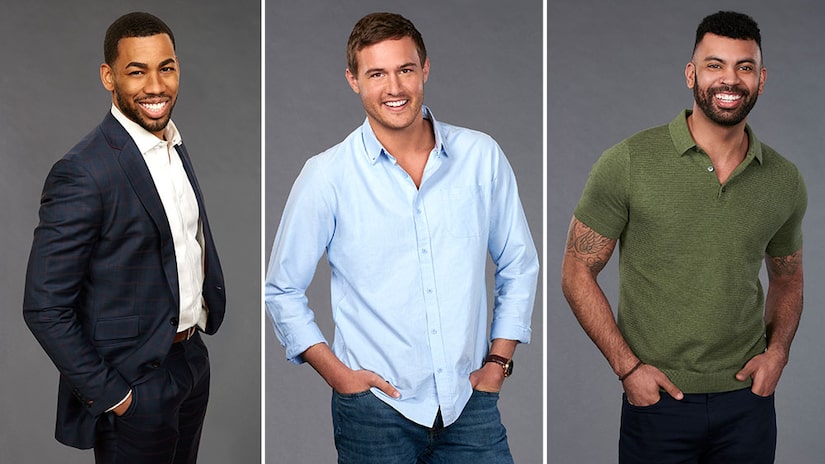 She considers Peter and Mike to both be “great” men and options. Hannah said of Tyler, “I think he likes to date around, so maybe he would be a good Bachelor.”

Peter said on the first episode of “Bachelor Happy Hour” that he would “absolutely” and “100 percent” be the next Bachelor if the gig were offered to him.

Mike also spoke out recently and said he thinks Peter will be the next Bachelor, although it would be the “safe” choice. “I think it'd be a good, safe, clean season if he were the Bachelor,” he told “Entertainment Tonight.”

Looks like Tyler didn’t get aboard the #DerekForBachelor train﻿.