Juan Pablo Galavis might need some aloe vera for that burn courtesy of Chris Harrison.

On Monday, the longtime host posted a throwback photo of himself from Season 9 of "The Bachelorette" (Desiree Hartsock's season) at one of their overseas destinations. In the picture, he crouches on a soccer field in Barcelona and smiles, looking cool in sunglasses with the empty stadium behind him. (You can also see Chris Harrison through the years here!)

He captioned the picture, "While #TheBachelor is on break let’s step back in time. We start in 2013 Season 9 @desireesiegfried season of #TheBachelorette. The soccer date at the home of Espanyol futbol club in Barcelona. I gave Juan Pablo a red card... maybe a hint of things to come."

This is a "Bachelor" Monday after all, so what would the day be without a little bit of drama?

Chris Harrison isn't the only one throwing shade at the Season 18 Bachelor. On March 14, upcoming Bachelorette Clare Crawley and Juan Pablo got into a minor Twitter tiff after he commented on some of the potential men joining her season. 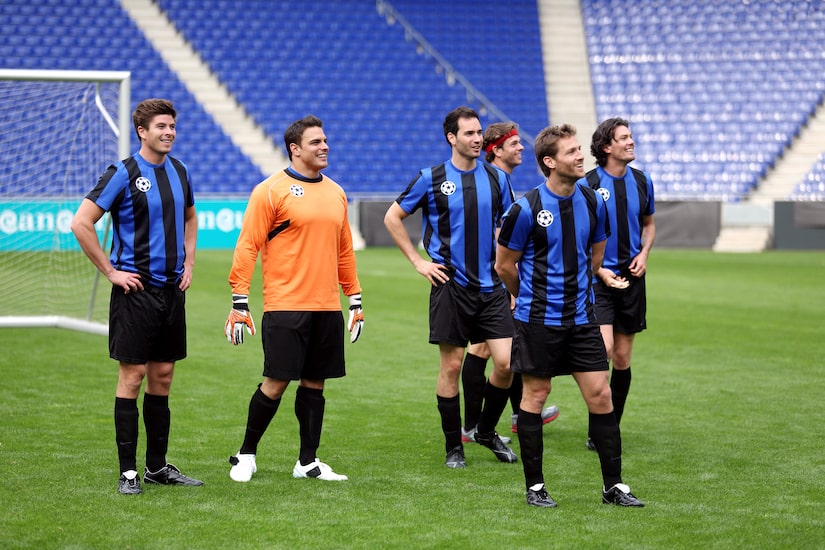 He tweeted, "I just SAW the GUYS for @Clare_Crawley Bachelorette season and its gonna be INTERESTING seeing HER get hit on by KIDS on their 20s... I think this MIGHT be the 3rd SEASON Im gonna watch."

One of his followers commented that she knew he'd "have some sort of jealous petty response to this." Juan Pablo, however, responded, "Jealous? I just see it FASCINATING..."

Clare then chimed in and gave him a piece of her mind, which echoed her famous words at his final rose ceremony. She wrote, "And yet here you are, older than 99% of them and still cant practice compassion and kindness..."

And yet here you are, older than 99% of them and still cant practice compassion and kindness...

He wrote back, "Hey, ALL I want is for you to FIND love, you taking it the WRONG way Clare..."

Clare perhaps subtly referenced her relationship with Juan Pablo in some interviews after she was announced as the next Bachelorette.

She told People magazine, "Things I’ve thought I wanted in the past have turned out to not be what I wanted. But now I know what I will and won’t put up with."

She added, "I want a man comfortable in stuff he’s been through and self-aware enough to know what he’s learned. I need a level of maturity for sure."