In the blink of an eye, the season finale of "The Bachelor Presents: Listen to Your Heart" is upon us.

After zipping off to Las Vegas in their tour buses, the final three couples head to Nashville, Tennessee, appropriately known as Music City. Nashville is a hub for singers, songwriters, and artists of all kinds, making it the perfect place for the show’s culmination.

In the finale, Chris and Bri, Trevor and Jamie, and Matt and Rudi decide whether to spend the night in the Fantasy Suites, as well as what they think the future of their respective relationships will look like.

Plus, their last performances require them to impress a slate of celebrity judges, including Kaitlyn Bristowe (who just released her own single) and Jason Tartick, Jewel, Taye Diggs, and recent "Bachelor Happy Hour" guest Rita Wilson.

As Bachelor Nation prepares for the big episode, here’s a look back on the final three couples and their relationship timelines. 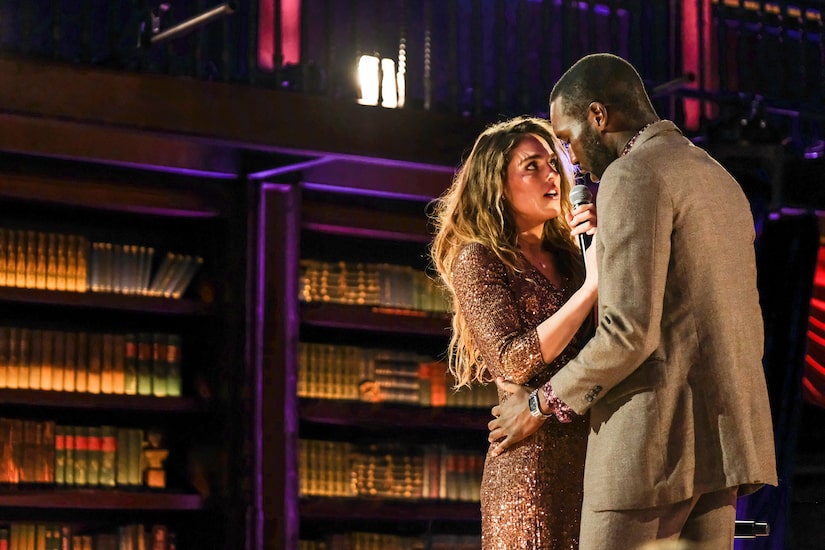 Chris and Bri have been one of the strongest couples since the start. Chris introduced himself to Bri immediately after she walked into the mansion the first night of the show. From that moment, their relationship went full steam ahead.

They went to the legendary Guitar Center in Hollywood on their first date. Not only did they get to know each other even more and grow their connection, but they also went home with matching Les Paul electric guitars. Needless to say, their friends in the mansion were extremely jealous.

Chris and Bri’s love didn’t dim onstage, either. At their first performance, they sang “Beyond” by Leon Bridges and left the judges awestruck. JoJo Fletcher said, "You did not take your eyes off of her and it was the most beautiful, genuine thing I’ve ever seen. It did not look forced."

After Jason Mraz complimented their song, Bri announced, "He’s been my rock. He’s grounded me, and I really am falling in love with him."

That same affection continued into their second and third performances, too. Toni Braxton called their cover of Taylor Swift's "Lover" "wonderful." The judges in the third episode echoed those accolades. Chris and Bri sang Elvis' "Can't Help Falling in Love," and Pat Monahan said, "I was just taken with you guys. You are a beautiful couple and I’m a little emotional over here."

Chris and Bri both dropped the L-word to each other onstage, showing how their romance grew stronger every day. 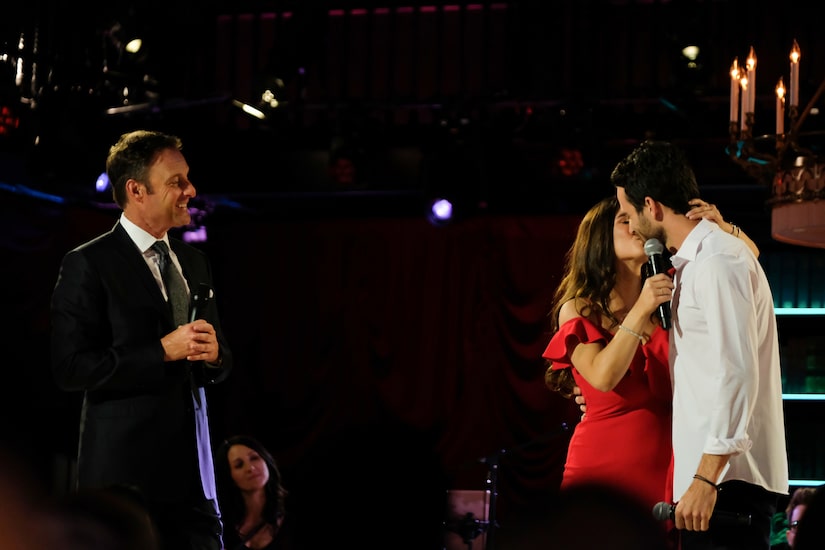 While Chris and Bri knew they wanted to be with each other from night one, Jamie had her own "mini 'Bachelorette' experience" as she juggled interest from Ryan and Trevor. Jamie and Ryan connected instantaneously because they were the first two people to arrive at the mansion. It seemed as if they'd be together through it all, but then Trevor walked in and piqued Jamie's interests.

Ryan invited Jamie on a date to Capitol Records, but singing together in the iconic recording studio wasn’t enough for Ryan to earn her rose. Jamie and Trevor became an item after that first Rose Ceremony, and Ryan then connected with Natascha.

Over the course of the season, Trevor continued to uplift and inspire Jamie and help her overcome her fear of performing. At their first concert, where they sang "I Could Use a Love Song" by Maren Morris, Kesha called them "so cute" and Jason Mraz believed they "demonstrated such vulnerability in that performance."

Though their second performance was a bit shakier in the compliments department, they bounced back in Las Vegas when they covered Lady Antebellum's "Just a Kiss." Ashlee Simpson-Ross told them, "I was smiling the whole time. Jamie, you are just yourself and you can feel that. There’s something so natural with you guys."

Jamie and Trevor admitted to each other during their date in Las Vegas that they're both "falling in love" with each other. 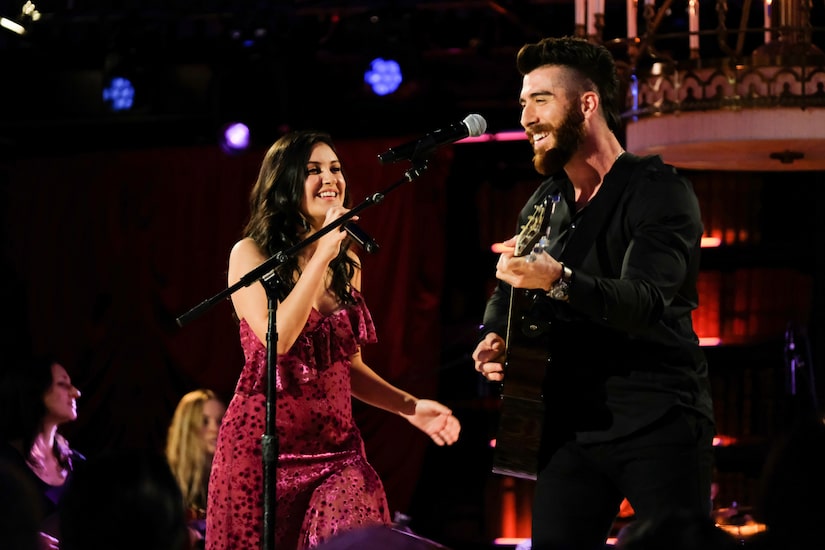 What a long way Matt and Rudi have come — both as individuals and as a couple.

Matt arrived the first night not even knowing Chris Harrison's name, and later caused a stir when multiple women showed interest in him and vice versa. He took Mel on the first date, where they attended a Plain White T's concert, but they soon realized their chemistry wasn't as strong as they thought.

Rudi got angry at Matt for inviting Mel on the date, but they reconnected one evening when Rudi slapped him and then kissed him. Love is pain!

They coupled up and awed judges and audiences ever since their first performance of "Fallin' All in You" by Shawn Mendes. JoJo Fletcher said to them that evening, "I was feeling that. Your voice makes me feel a type of way. I think you guys enjoy each other. I think you’re having fun."

Kesha added, "That was a really amazing performance, so keep pushing each other to shine as bright as you can."

At their third performance, Rudi and Matt covered Lady Gaga and Bradley Cooper's song "Shallow," stunning the judges once again. Ashlee Simpson-Ross said, "I could feel the heat and that felt really good. That was, wow. You connected."

Pat Monahan cheered, "It’s really magical to watch what you just did."

Which couple will find the right harmony to win it all? Find out on the season finale of "The Bachelor Presents: Listen to Your Heart," airing Monday at 8 p.m. on ABC!